Start strong, finish stronger! That must be the theme behind the #1 GTPI sire, 7HO11314 Mountfield SSI Dcy MOGUL-ET. Mogul debuted as the second highest ranking young sire in the breed in December 2011. With a genomic proof then of +1469M +87F +52P and +3.55T, his numbers over the past four years have remained quite impressive at +1376M +78F +43P and +2.84T, especially considering the recent rollback and the addition of 274 daughters for production and 78 daughters for type.
So how did this young Dorcy son rise to the top of the list not once, but twice? Where did he come from and what makes him so special? We decided to get an inside look at how Mogul became Mogul…before he stole the spotlight! 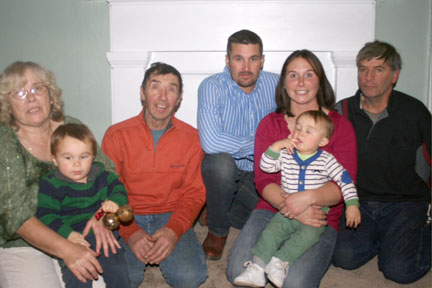 Starting Strong
One hundred fifty cows and 180 head of young stock call Mountfield Holsteins, Marcellus, NY, home. The dairy is situated in one of central New York’s most beautiful areas, the Finger Lakes. With rolling hills, pristine lakes and four distinct seasons, the area is a “postcard picture” year round. Five generations of the Marshfield family have worked the 330 acres of ground there, growing silage corn and hay. The Centennial Farm is owned and operated by Roger and Phil Marshfield and Phil’s daughter, Amanda Fitzsimmons. Phil’s other daughter, Janette, feeds heifers at a second farm in nearby Skaneateles while Amanda’s husband, Jeff, helps with machinery and everyday farm maintenance. This hardworking group not only takes pride in the farm and a maintaining a profitable herd, but they enjoy studying pedigrees and breeding a better “next” generation. Amanda explains it all in her own words:

“We never in our wildest dreams could have imagined that Mogul would be the #1 sire in the world one day! Though we did realize early on that Maxine (Mogul’s dam, Mountfield Marsh Maxine-ET VG-88 DOM), is an extraordinary cow that has that rare ability to transmit her extreme genetics no matter what bull is used. Before the science was available to prove it, we knew that her bulls seemed to transmit higher genetic traits than her heifer offspring. It’s really not a surprise to us that Mogul has sired so many hot new genomic sons.

“That’s not taking anything away from Maxine’s females, however. Our herd is comprised of about 30% of animals related to, or out of, Maxine’s family. She currently has a just-fresh PETRONE (7HO11169) daughter that has a GTPI of +2428, is heavily contracted and looks super! The Petrone’s progeny seem to be just the opposite of Maxine’s where all her heifers seem to be coming back high, including her first five Jabir heifer calves (ranging from 2600 GTPI to just below parent average).

“We currently have just one milking Mogul daughter, however we have several in the heifer pens and have purchased half a dozen in the last few years. We are, however, milking a couple Mixer (7HO11313) daughters, Mogul’s full brother who’s #12 on the International TPI list). It doesn’t seem to matter if they’re Mogul or Mixer daughters – they all carry the same dairy strength, good udders and feet & legs that we know the family transmits. When Maxine freshened as a 2-year-old, she was our first heifer to be classified VG-88, EX-MS. Her Petrone daughter, Mountfield PT Matrone-ET, we think can easily follow in her dam’s footsteps. The family has been, and continues to be extremely consistent.

“Mogul’s dam, Maxine, is still alive and well at eight years of age. We’re still flushing her and though she rarely produces #1 eggs, she continues to make numerous pregnancies. As mentioned earlier, we have many descendants of this family on the farm, and quite a few are in our flush program filling bull contracts. We have sold several high ranking daughters from this family who have gone on to do well in other herds. Wesselcrest Farms in Iowa bought Mountfield YNC Michigan (Yance x Maxine) as a choice, and she’s gone on to make some Facebook daughters that have ranked high on the genomic female list.

“Mogul’s second dam is a cow that we purchased online as a choice, Pine-Tree Missy Miranda-ET (VG-86 DOM), because we had long admired the Rudy Missy family. We thought Wesswood-HC Rudy Missy (EX-92 3E GMD-DOM) had lots of strength and thought that O-Man was a great mating on her because of his good foot & leg traits. We flushed Miranda once as a heifer to Pasen Marsh and once as a first-calf heifer to Diehard. We freshened her back in a second time, resulting in a heifer calf by Boliver (Mountfield EB Majesty who is the dam of 7HO11138 MAURICE). We made the decision to sell Miranda just fresh, along with a Diehard choice, in the Branson Limited Sale where Darrin Myers of Iowa purchased her. A year later, she had a Watson daughter rank as the highest genomic heifer in the country!

“When it comes to moving forward with Mogul’s family and our herd in general, the biggest challenges we are currently facing are finding bulls that aren’t related to the Maxine family and also trying to use a variety of sires that have high enough components, as well as high type. With 30% of our milking herd comprised of Maxine’s family and a large number of young stock either out of the family or sired by Mogul (through sale purchases), it can be daunting to find matings that are low on the inbreeding scale.

“To us, genetics are everything. We think it’s easy to find a correlation between good cows and cow families and how they pay for themselves in the tank. We strive for 4.0% butterfat and currently are running 3.4% protein. Roger always reminds us that we get paid for components, not fluid milk!

“Bulls that are currently in the tank include Crank It, Flame, Jo Super, Charger, Pulsar, Maurice, Mixer, Mogul, Montross, AltaSpring, Kingboy and Damaris.

“When breeding and mating cows, we look at the family they are out of first. We breed for high components first and foremost, and our other big breeding decision is that 96% of the bulls used at Mountfield are high genomic young sires. We didn’t hesitate at all when genomics came out, we still chose bulls based on the family they were out of and we used a variety of them! Sure, there are bulls that we didn’t like, but that was no different than when we were using predominantly proven bulls before. We have seen firsthand what the power of genomics offered and we used it not only as a tool for choosing bulls, but for buying and merchandising heifers as well.

“As we continue flushing and making genetic advances in our own herd, the possibilities are endless for us in the future! While we have no plans to expand the milking herd at this time, our goal is to breed the most profitable cows through management and genetics, that allows us to keep the farm a sustainable entity.”

Finishing strong
Touted as “the total package” after his debut in December 2014 at the #1 spot on the TPI list, Mogul does deliver the best combination of top Net Merit (NM$) (+728), Combined Fat and Protein (CFP) (+121), Cheese Merit (CM$) (+734) and Feet and Leg Composite (FLC) (+3.39) in the Select Sires lineup. This FeedPRO® and DIAMOND SELECTion™ sire graduates with a highly reliable Calving Ease of 6.1%. Salesmen in the All-West family find Mogul a great bull to have in their tanks. Allan Cossentine, an All-West genetic consultant from Hanford, CA, has been with the company for 37 years. “Mogul is best bull I have ever seen. I’m not sure that he isn’t as close to a perfect bull as this industry will ever produce. Consider that he’s calving ease, 2.8SCR, 3.39FLC and 2.64UDC! Breed him to your cows, breed him to your heifers, even breed him to the dog. I think the more Mogul offspring that are produced, the better the investment customers can make in their business!”

Mogul continues to be a very popular choice for all kinds of breeders. Haven’t used him yet? Be sure to talk with your All-West Select Sires representative and get the kinds of bulls that start strong, finish stronger, and make more profitable results. 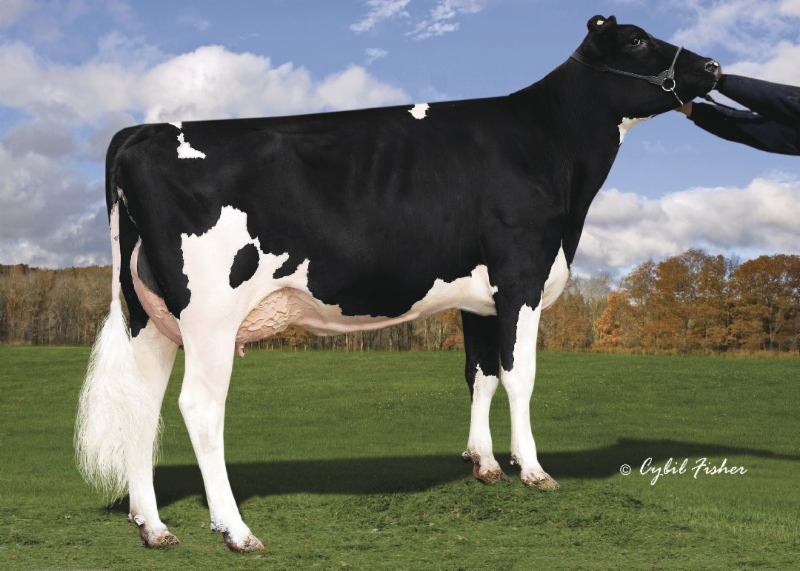 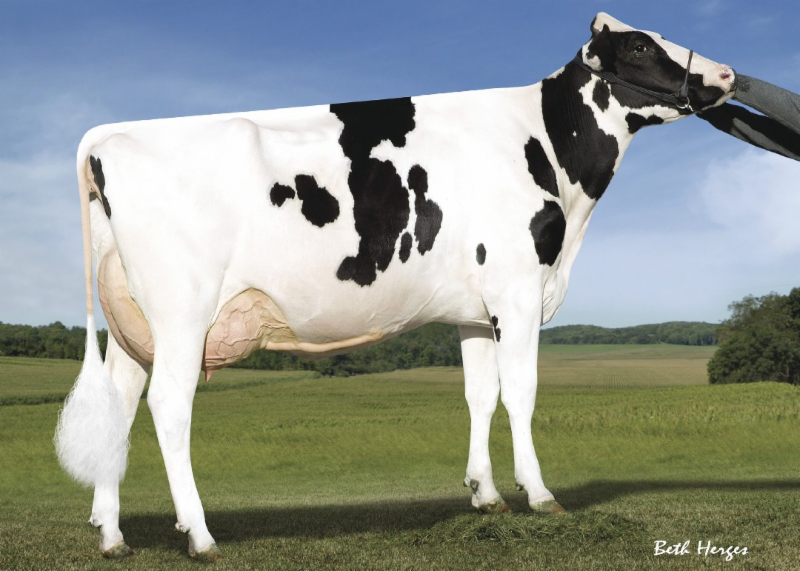 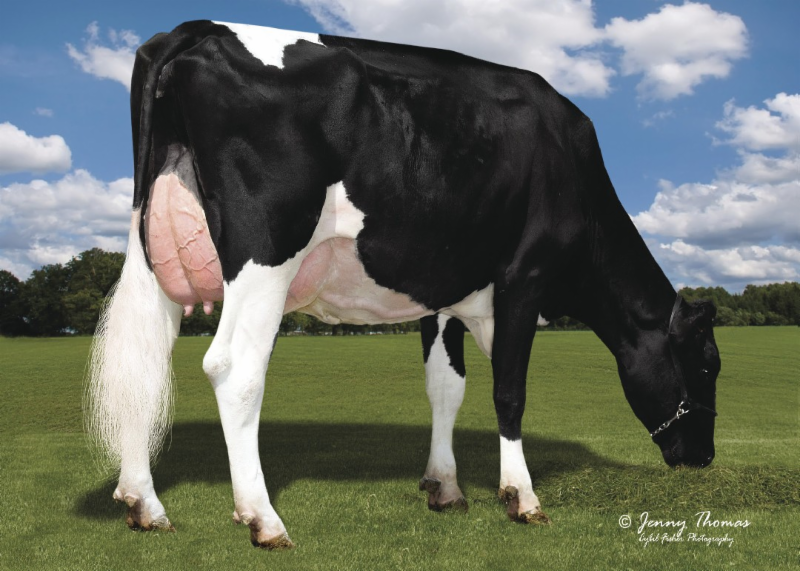 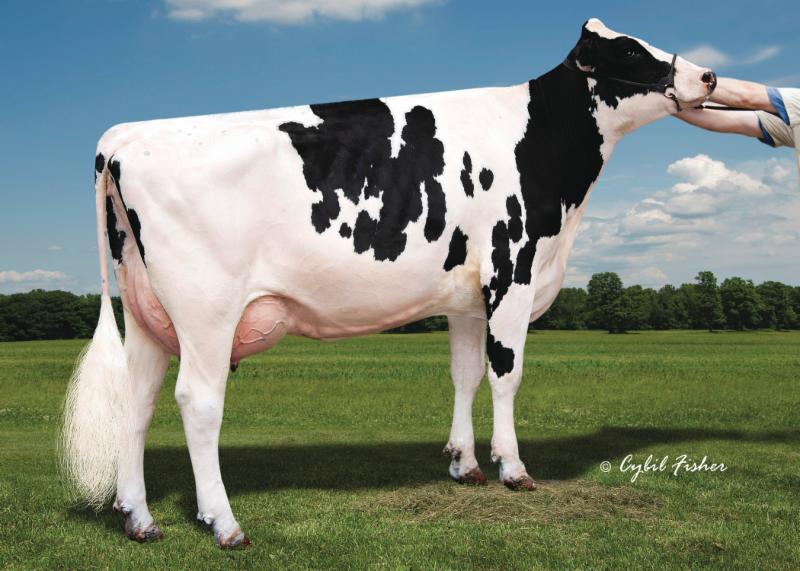 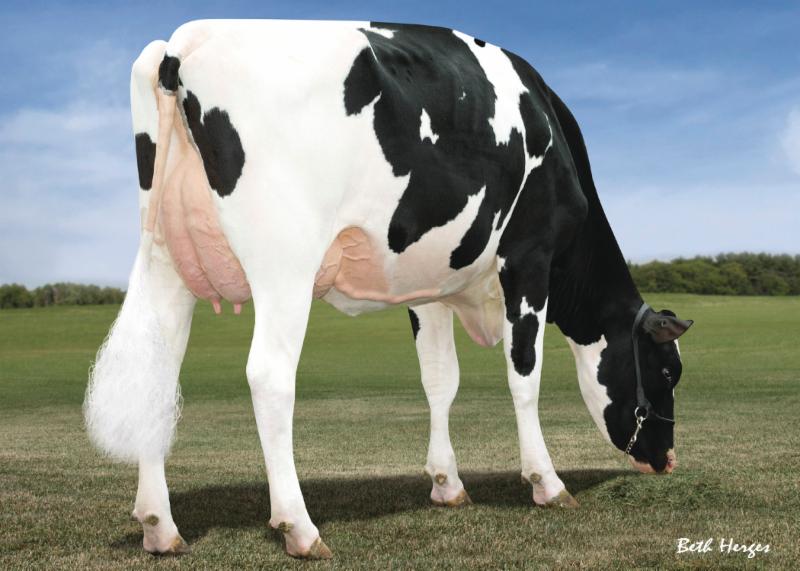 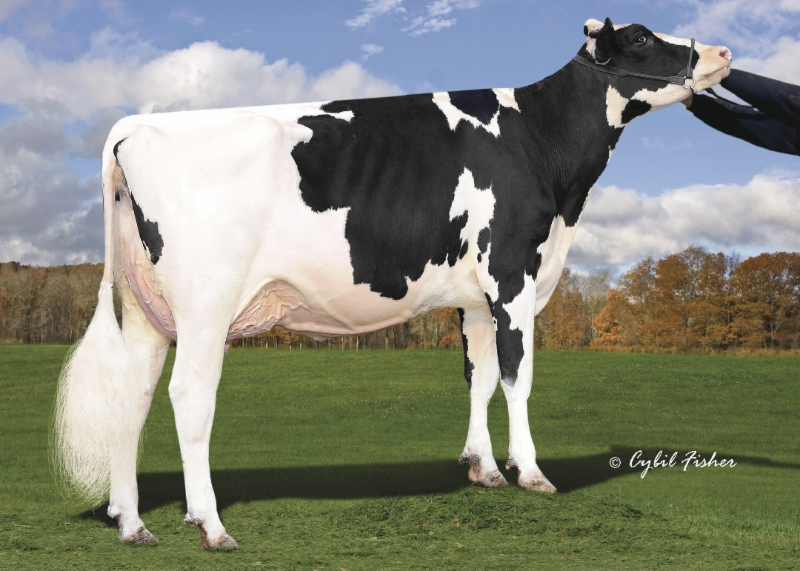 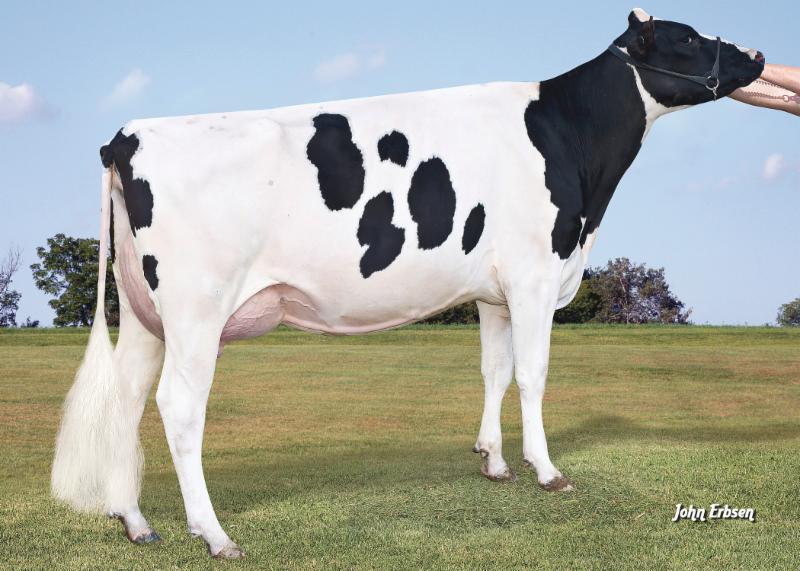 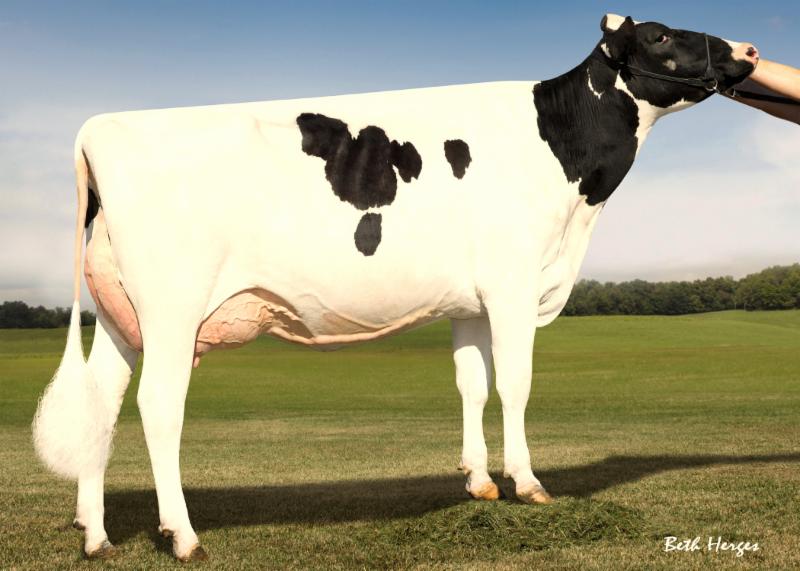