Call it a coincidence, or maybe even fate, but this winter, All West/Select Sires was approached by Kristen Hinton-Vanvalkenburg for help…and it seems like her grandfather’s passion for the A.I. industry in 1941 came flooding back this year as we celebrate our 75th anniversary.

Every year, the Washington State FFA Program has a sales contest.  Groups from across the state compete in “selling” a product.  Teams must gather information, produce a sales plan, match specific products to customer needs and more.  It’s an extensive, hands-on program designed to not only teach sales skills, but promote team building and communication at the same time.  This year, the All West/Select Sires beef program was chosen as the selling product. 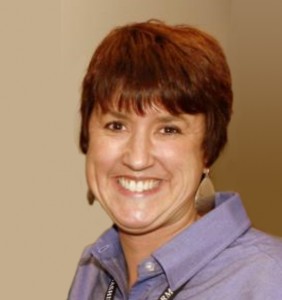 When Kristen was asked why she chose All West’s beef genetics program, she replied, “Because that’s what my grandfather would have wanted, as you celebrate your 75th year of business!”  Kristen’s grandfather, Dr. Robert Clinton, was the first A.I. technician for Skagit Breeders, a farmer-owned cooperative formed in 1941.  Clinton worked for a short time before heading off to World War II.   Upon return, he opened his own vet practice.  Clinton’s granddaughter, Kristen, works for Washington Farm Bureau Young Farmers & Ranchers and is on the Washington FFA Association Board of Directors. As part of her duties with this annual FFA sales contest, she personally helped select three Angus sires and one bull each from the Charolais, Hereford and Limousin breeds that each participating Washington State FFA chapter would try to sell.

In early February, All West received phone calls and emails from coaches and students across the state excited to sell beef genetics. They were each given direct links to the sire pages on http://www.selectsiresbeef.com/, as well as sire directories to help them study how to compare and select bulls for the upcoming “selling scenarios”. They would first be tested at their respective district contests and then again at the state contest held in Pullman, WA, on May 14.

So how would an FFA student even approach the idea of selling beef semen? We’ll describe the sales/thought processes that participating teams had to work through in order to succeed at this contest.

The six All West bulls that were chosen lend themselves to be utilized in specific situations based on customer’s wants and desired marketing needs for the calves produced. Obviously the biggest obstacle has already been answered – do you want to A.I. your cattle?  As teams by-passed that road block, they were then tasked with finding which breeds matched each customer.  Having a choice of Angus, Charolais, Hereford and Limousin to choose from enabled the teams to have a sire for every desire.

Selecting the Angus breed gave customers three options: 7AN398 Butkus, 7AN379 All In and 7AN349 Weigh Up. From there, these “pseudo customers” were then asked about further breeding choices; for example if limited labor and facilities were an issue during calving, teams could recommend Butkus, the #1 sire in the current directory for calving ease direct (CED) or All In, who is in the top 4% of the Angus breed for CED.  Weigh Up was an option for breeding cows, and where $B and carcass weight are the desired outcome.

The Hereford and Charolais sire options were pretty exciting as well!  If customers were looking for bulls to use on heifers and exhibit tremendous spread from birth to weaning, 7CH91 Free Lunch and 7HP105 Durango both rank at least in the top 25% in their respective breeds for these traits as well.

The Limousin sire, 7LM12 Warbonnet, was an anomaly in the beef sire genetic options as he is designed to be used on dairy cattle looking for a beef calf to market. Teams could recommend this bull to create the muscle shape that carcass graders are looking for when crossed with a Jersey or Holstein. The pronounced round shape of the ribeye, black hide and no horns in these calves create more value as beef calves than do straight bred dairy calves.

Customers that were created for the purpose of this year’s sales contest included:

This rancher runs a small grass-fed commercial herd of cattle by himself to supply local customers.  The operation traditionally rents a bull annually and holds back heifers for future breeding stock.  This customer has never previously used A.I.

This rancher has a large cow/calf operation and has feedlot buyers for the calves every year.  These buyers want a young, heavy calf that can quickly reach slaughter weight at the feedlot.

A dairy farmer is looking to breed his Jersey heifers.  He is looking for calves that are homozygous black and homozygous polled to produce efficient feeder calves yielding a valuable beef carcass.Teams were evaluated by a panel of expert judges on how they answered questions, how they interacted with their specific customer scenario selling opportunity, and how they established rapport in the industry.

All West was proud to be part of such a great learning event!