7AN398 BUTKUS, identified as a Superior Settler 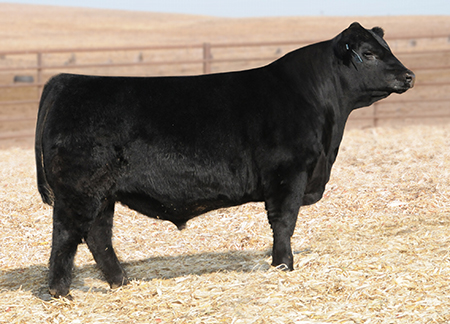 At a .78 BW acc., BUTKUS is the ONLY Angus sire at his combination of extreme calving ease (+20) and extreme gain (+128) in the population. Everyone wants pounds, and why not get them in a heifer bull package!  He is the cream of the crop and he is at Select Sires! Luke Bowman, Select Sires Beef Public Relations and Communications Coordinator

Jay Nansel of MT spent the morning at GDAR with Mick and Chad Denowh.

“I got to see Butkus and Heisman calves with their herd mates by Game Day and other herd sires. The Butkus calves were standouts with the Bulls (24 hd) ratio at 100 BW and 105 WW. They’re big middle and topped with enough frame to hopefully maintain the growth through YW. Heifer calves (14 hd) were 97 BW and 103 WW most all were out of first calf  heifers. They were very happy with this crop and will flush cows to him as well. The top weaning bull was out of a heifer by Butkus which had an actual BW of 75 pounds. Very impressed! 7AN367 Heisman calves were solid and they like them to sell well as heifer Bulls.”