A Day in the Life of an All West Technician

In the beginning of June, All West technician Jason Gagnon made a big move from his home turf in Visalia, CA, to Sonoma County in northern California. Besides a beautiful climate and tons of organic dairies, there were more opportunities for this young technician to expand his breeding business.  Of course, with any move, it’s hard to find a way to connect with people in a new community.  But part of the All West culture emphasizes a strong “people” connection between member/owners of the cooperative and the people that serve them.

So what’s the best way for the “new guy in town” to meet dairy producers? By pouring them a root beer float at the county fair of course!

That’s exactly what Jason decided to do on Saturday, August 6th, at the Sonoma County Fair in Santa Rosa.

Saturday afternoon at the fair featured the Open Dairy Show, where Jason Danhof of Iowa, served as the official judge. Supreme Champion of the show was a 7HO10506 ATWOOD daughter, owned by Zendi Farms of Petaluma. Zendi Farms also exhibited the Supreme Best Three Females of the show.

After the show ended, the Redwood Empire Holstein Association hosted their annual BBQ at the fairgrounds. Around 50 people attended the event and Regional Manager Bill Genasci, Sales Representative Don Davis, Communications Intern Frankie Gambonini, and Technician Jason Gagnon represented All West by serving root beer floats for dessert. Not only was Jason able to connect to people in his new area, but he was definitely able to back up claims about All West’s great genetics when a good majority of the cows being shown happened to be Select Sires’ daughters!

The good news?  People seemed to have a great time enjoying their root beer floats, Jason is settling in and liking his new “home turf” and he’s now servicing multiple dairies in the area! 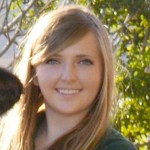