AI Drives Profitability – Are You Ready?

What are the reproductive drivers of profitability in beef herds?

Estrus synchronization and timed A.I. can improve your herd in every one of these areas! 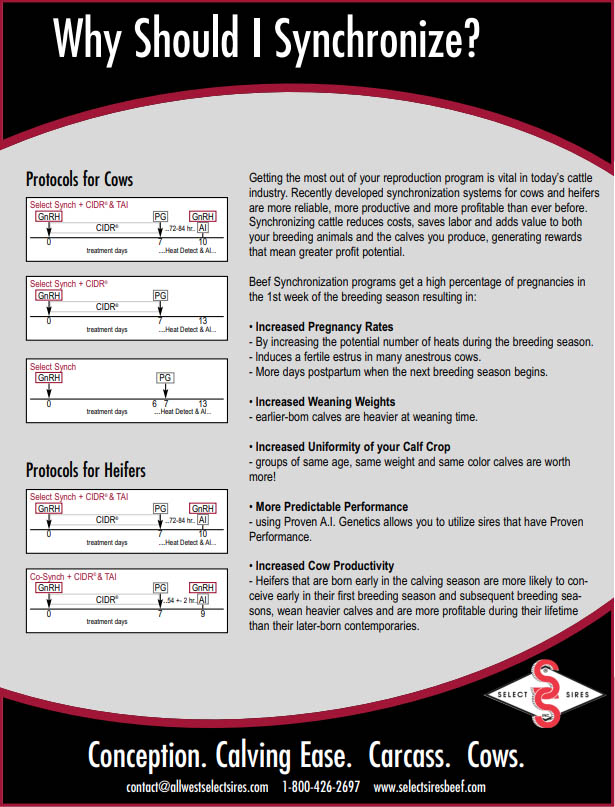 Are you ready to profit from using artificial insemination? Take a look at our pre-breeding checklist and consult with your All West Beef Representative to organize your next breeding project!