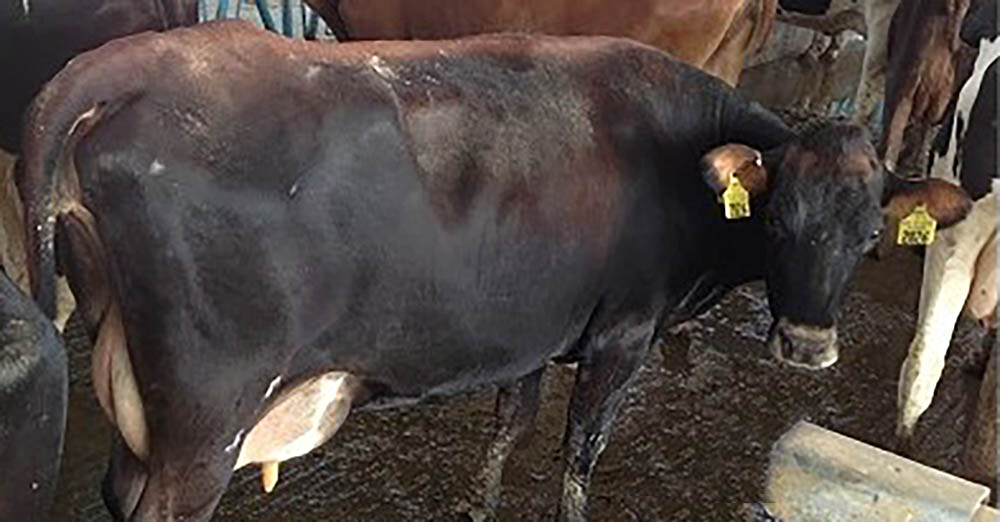 By George Wiggans and Ezequiel Nicolazzi

Thanks to the collaboration between USDA-AGIL and CDCB, dairy farmers will begin receiving accurate genomic evaluations for crossbred animals in April. These evaluations are based on a weighted combination of solutions estimated from the purebred populations, and the U.S. is the first country applying this approach to evaluate crossbred animals. Although the estimates for crossbreds are slightly less reliable than those for purebreds, they provide a means for all genotyped animals to receive the best possible estimate of their genetic value, irrespective of their breed composition. This enables producers to increase the value of genotyping, particularly when applied to the whole herd. With this enhancement of the U.S. genomic evaluations, more animals will now receive evaluations. Crossbred animals that have been receiving evaluations should have more accurate evaluations now that their multi-breed composition is considered. Also, evaluations of purebreds will be improved slightly by removing mixed-breed animals from the group of animals used to estimate the SNP effects. This implementation is based on cutting-edge research and a long, complex development process – including publication of values for Breed Base Representation (2016) and the change to all-breed base for calculation of genomic evaluations (April 2018). 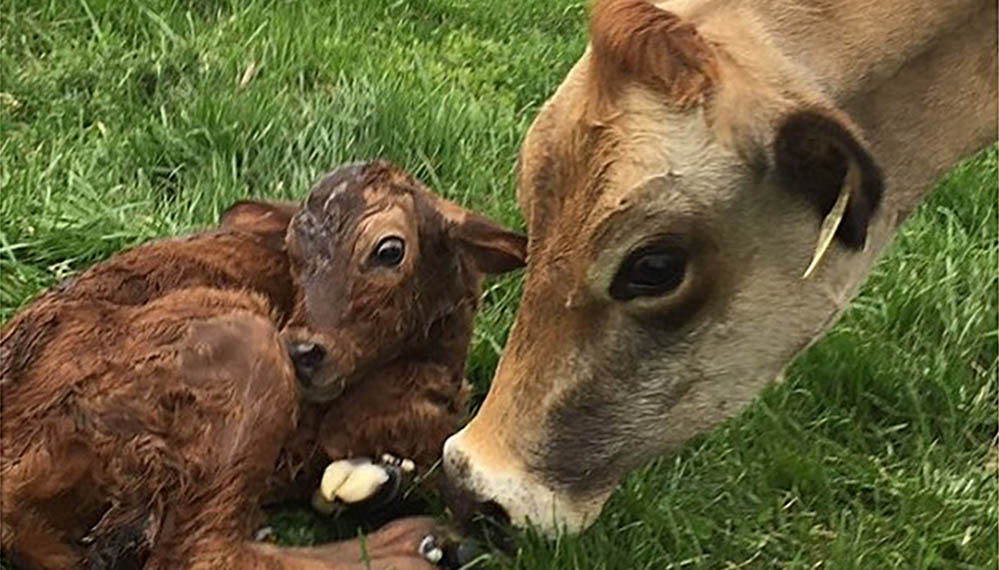 CDCB is launching genetic evaluations for another new trait in April – Early First Calving (EFC). You might ask Why, when there are already genetic evaluations for 45 traits. The answer is quite simple: maximum genetic gains can only be achieved when all traits of economic value are included in a composite economic index. (Read more from the December 2018 CDCB Connection.) Raising replacement dairy animals requires upfront financial demands for feed, health care, housing and labor, and normally without any income for a considerable time. Heifer rearing accounts for 15 to 20% of the total cost of producing milk. This has stimulated considerable interest in uncovering the optimum age at first calving. As management practices have improved, one result is a remarkable reduction in age at first calving overall. In 1985 Holsteins averaged 28.1 months, by 2000 averaged 26.0 months and today’s average is 24.5 months. With rearing cost estimated at about $2.50 per day, the average expense per heifer has reduced by $275 ($2.50 x 110 days). In the typical DHI herd of 277 milking cows, this comes to a cost reduction of $76,000. The remainder of the equation is how the differences in age at first calving affects individual cow’s income once in the milking herd. We’re fortunate that accurate records for age at calving have been recorded for all cows in DHI for decades. It’s terrific when one finds a trait with economic value that is already being collected (for producers’ benefit) so it doesn’t require a new initiative to capture the data. We’re taking advantage of the “low-hanging fruit” with the introduction of Early First Calving.

Beginning with the April 2019 evaluation, pre-adjustments for variance across lactations will be applied to the six CDCB disease resistance traits. This is expected to ensure stability of evaluations across time by accounting for differences in variance between first and later lactations.

The methodology used is analogous to that presented in Wiggans and VanRaden (1992) and similar to that currently applied for livability (LIV) evaluations. Phenotypes are pre-adjusted using calving-year groups, lactation number and heritability.

Results using pre-adjusted phenotypes were compared to current traditional evaluations without the variance adjustment. The largest changes were observed for milk fever resistance (MFEV). All other health traits had PTA correlations 0.92 to 0.98 for bulls born since 2000 with reliability >70%. The standard deviation (SD) of first lactation evaluations is expected to be approximately 5% less when compared to all lactations due to lower reliability. All traits, with the exception of displaced abomasum resistance (DA), were closer to this expectation when the variance adjustment is applied. Genetic trends were compared using correlations of PTA and birth year to automatically adjust for differences in SD. For all traits, first lactation trends agreed with the new trends more closely than compared to trends with unadjusted data. Correlations with other traits, such as productive life (PL), LIV, somatic cell score (SCS), and daughter pregnancy rate (DPR), remain largely unchanged.

Nearly all results indicate that the new model performs better than the previous model; however, some changes in PTA should be expected with the implementation of this new procedure.

Traditional parent averages (PAs) were provided since 2009 in monthly and weekly update files, whereas genomic PAs (average of parents’ official evaluations) have been provided since 2013 in the triannual full releases. For consistency, genomic rather than traditional PA will be provided in the monthly and weekly files. Traditional PAs originally allowed breeders to see the differences caused by adding genomic information but are less relevant today because most calves are now two generations removed from their proven grandsires, and the traditional PA does not reflect the genomic selection already done in the parent’s generation. Monthly and weekly file formats will supply genomic PAs for most traits but still report traditional PAs for type and calving traits. For those traits, no PAs are supplied in the triannual formats because calving traits are evaluated using a sire–maternal grandsire model where dams are not evaluated. For type traits, PAs are computed by breed associations or they show both the sire and dam PTAs separately. (source: Bullvine)

In February, CDCB released the first test run of the new genomic evaluation. Among many other changes, the new genomic evaluation files contain the aforementioned genomic parent averages instead of Traditional PTA and reliabilities. The first official release of the new format was on March 2019. In April 2019, these new file formats will be released publicly. A transition period of 6 months, in which CDCB will release both old and new formats, will follow after the first official release. On September 2019 monthly and weekly evaluations release day, CDCB will only distribute the new file formats. All XML and old CSV formats will be discontinued after that date. Although CDCB will be distributing both formats during the transition period, the old formats will not be maintained after April 2019. Therefore, further development of the formats will only affect the new formats. (source: Bullvine)