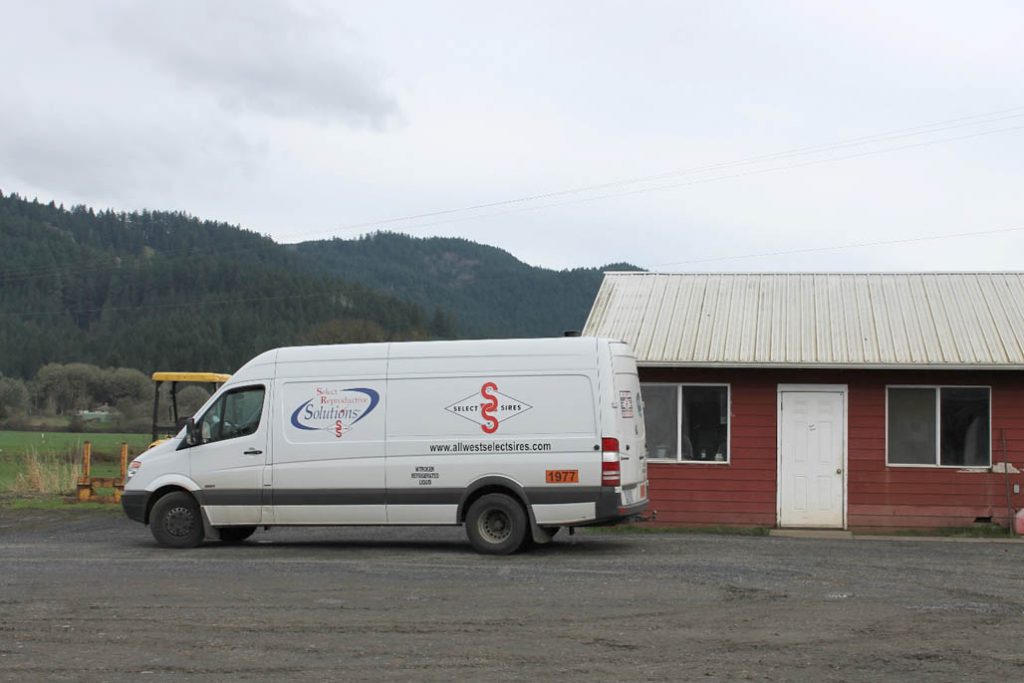 When you are as passionate, motivated, and loyal as recently retired All West Sales Representative Darryl Olson, working 27 days each month and spending 15 to 18 of those days on the road to serve customers across a vast territory is just another part of the job. But to All West/Select Sires, these characteristics made Darryl an irreplaceable asset to our team and our customers.

“I fell in love with the dairy industry when I was five years old,” Darryl recalls. At that time, his parents were renting a house on a dairy farm and he and his brother spent many of their days exploring the property and lifestyle that comes with living on a dairy. When he was 14 years old, he began working on that dairy, helping to unload hay and occasionally serving as a relief milker. One year later, he graduated to a full-time milker position during the summer months.

Darryl put the money he earned from working on that farm towards a college degree from Oregon State University, where he majored in Animal Science with an emphasis in Dairy Production. Upon graduation, the farm where he grew up offered him a full-time position as their herdsman, which he graciously accepted. Two years later, he was presented with another opportunity to manage a larger herd in Washington. After working there for five years, a member of the dairy producer’s family offered Darryl his own dairy to rent. Eager to start a business of his own, Darryl purchased cows and ran a successful dairy at that facility for ten years. When the lease was up and the landlord insisted on developing the property, Darryl searched for a new home for his dairy, but was unable to find a sustainable place that fit his herd’s needs. He made the tough decision to leave the dairy business, but little did he know, it was only the beginning of his long career in the industry!

Darrly went on to work for a dairy equipment company for several years, followed by managing the Washington State University research dairy, before it was closed due to lack of funding. Next came the best opportunity of all, a call from All West/Select Sires General Manager, Herald Catlin.

Darryl was already very familiar with Select Sires, as every dairy he had worked on since his youth had used nearly 100% Select Sires genetics. Darryl thanks fellow All West Sales Representative Larry Nootenboom for recognizing him as a potential candidate for the job after Darryl learned how to breed cows in 1980.

At the time, Darryl was also interviewing with several other A.I. companies, but it was the All West personnel who stood out from the rest. “I really liked what Herald had to say,” Darryl recalls. “I admired his personality and liked the vision he had for the company and for the industry as a whole.”

When Darryl accepted the position with All West/Select Sires, he was given two options: work in Burlington, Washington at the All West/Select Sires headquarters warehouse while relief breeding when needed or move to Oregon and develop a breeding route of his own. Darryl took the opportunity to move back to his home state where he started relief breeding for Dave Porter six days a month. However, it was the remainder of his time where the real work was done. Darryl spent his days off meeting and visiting with dairymen in the area and eventually gained customers who had not been doing business with Select Sires before. 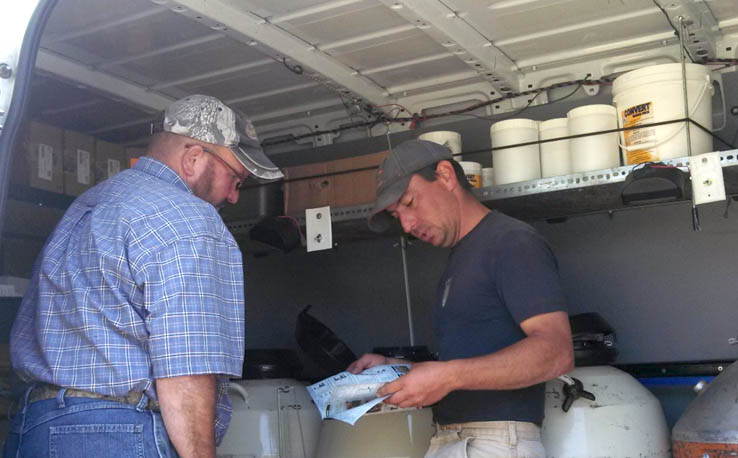 Two years later, Herald offered Darryl the opportunity to explore the Ferndale, California area as well. “When I first went down there, I think there were about 104 dairies and All West was only doing business with ten of them. Every time I went down, I would meet more people and in turn gain more customers until I was nearly doing business with everyone in the area! It was a great opportunity for me!”

Working such a vast territory would be challenging for most, but Darryl handled it with ease. Although some of his customers lived only five minutes from his home in Oregon, many others were four to nine hour travels away, depending on the unpredictable weather conditions in his territory. This reality required Darryl to always plan ahead and be prepared to ensure that his customers were never without the products and services they needed. 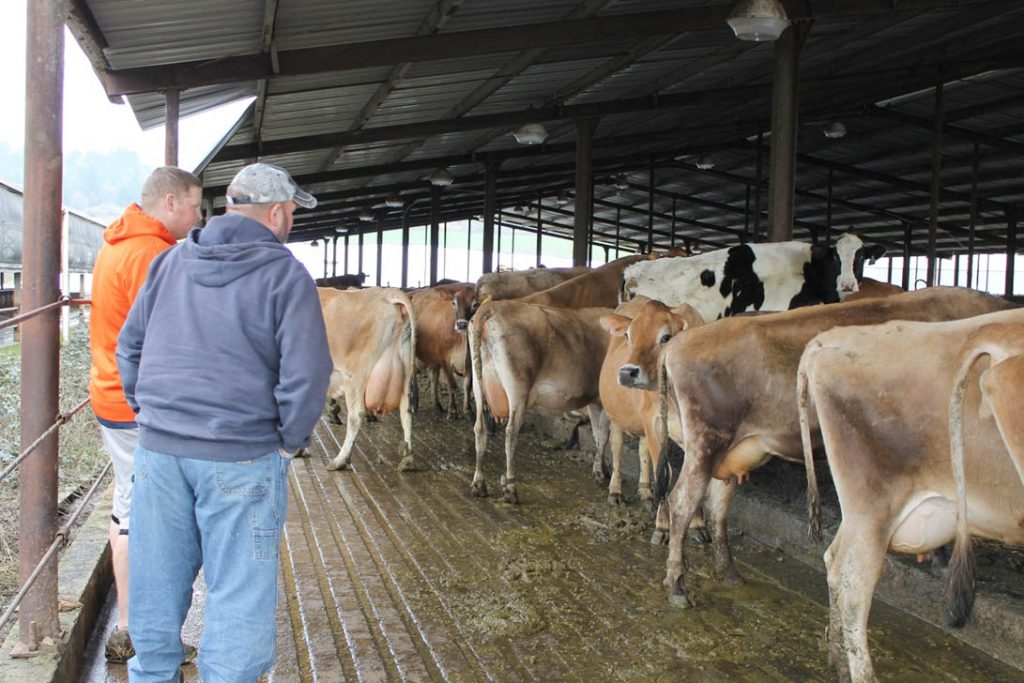 “The best advice I ever received was from Herald Catlin when he said ‘There is never an emergency.’ Instead, we always found simple solutions to any issues without having to overnight ship products from the company’s out-of-state warehouses or make difficult, last-minute journeys. Herald’s other constant reminder was ‘Always make sure your family is number one and choose them over your work when needed.’ It was nice to work for someone who had the same values as me.” 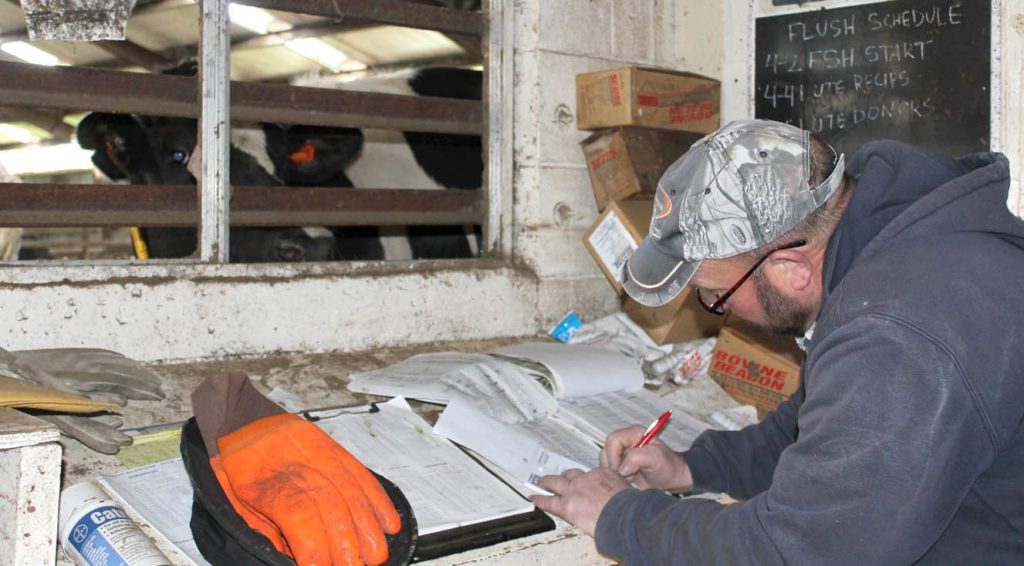 As team dynamics changed over the years with employees adjusting their territories and some retiring, Darryl was fortunate to take over some business from All West Sales Representative Don Davis in Ferndale, California and all of Klamath Falls, Oregon. Darryl recalls, “These were awesome opportunities for me! When I first started working in Southern Oregon, there were only three dairy producers even using artificial insemination. With help from All West, we basically eliminated the bulls from herds in that territory.”

Besides delivering high quality Select Sires semen, and his exceptional service, Darryl was also a top salesman of animal health care products. “Selling Agrarian products was a huge part of my business! Don Lamb and Mike Henderson were a great support system.” Darryl also credits much of his success to the fact that in his remote territory, customers did not have the luxury of receiving regular service from large suppliers. Therefore, they depended on Darryl to deliver them these products, along with reproductive services.

Current All West/Select Sires General Manager Jim Wells commented, “Darryl Olson is the best example of a person with a servant’s heart for his customers. He consistently sought ways to be of service and provide help in any way that would benefit the members of All West. This extended beyond just the genetic offerings that All West made available as Darryl was year-in and year-out the top representative in the company for implementing the herd management products into his customers’ programs.” 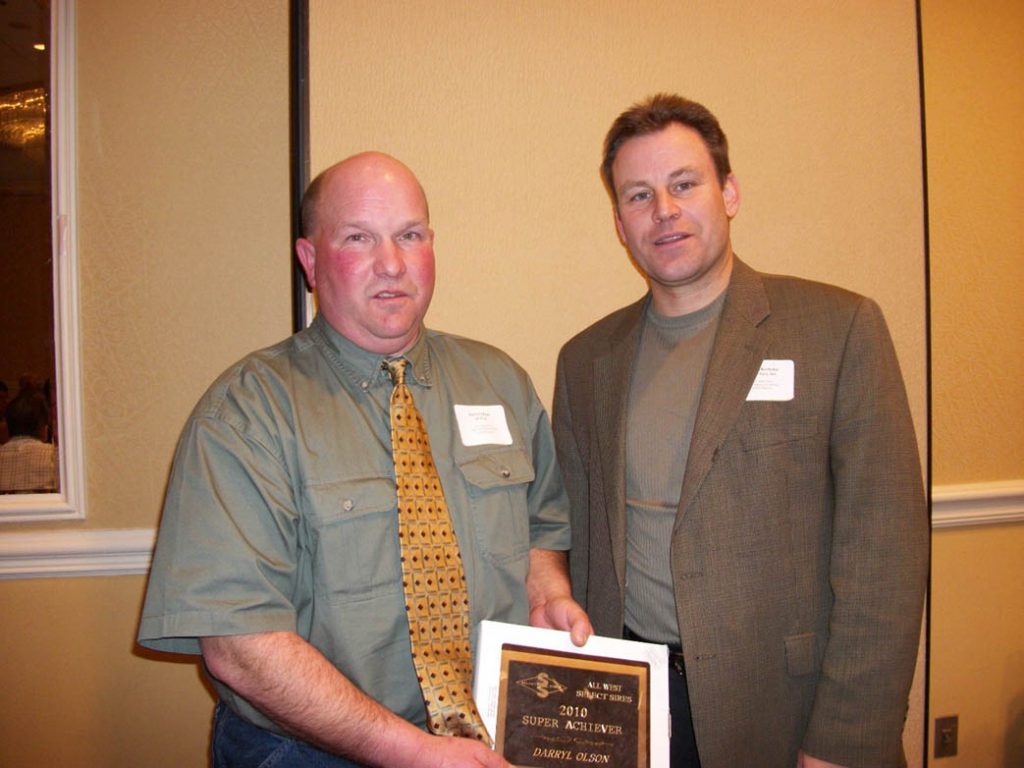 When Darryl first started to plan his retirement, All West/Select Sires hired Matt Jansen to take over the Willamette Valley portion of Darryl’s territory. This allowed him to really focus on his existing customers and be more available to them when needed. Most recently, All West Sales Representative Brice Titus was hired to take over Darryl’s Ferndale, California area. Although it is a vast territory to cover, All West/Select Sires has made the necessary arrangements to ensure that all of Darryl’s former customers are well taken care of thanks to the help of his All West team members. 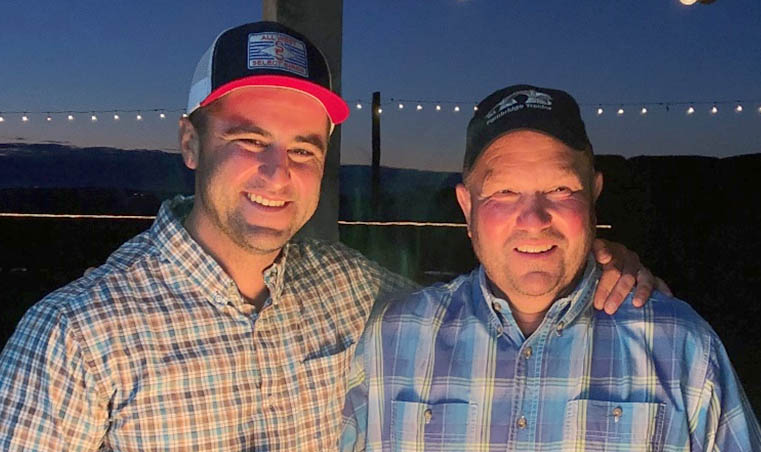 “Making the decision to retire was tough,” Darryl admits, “but I have been away from home on the road for so many days for so many years and now it is time to enjoy time with my wife. This career was a phenomenal opportunity for me. I worked with a bunch of wonderful people on a daily basis every place I went. They are what made this job the best thing in the world!”

It is no surprise that when asked what his favorite part of his job was, Darryl responded, “Working for my customers.” He recalls being the “new kid on the block” in every new territory he developed and how he had to work really hard to gain the trust and respect from all of the dairy producers who depended on him for many years. “My customers became some of my best friends in the world. They are what I’m going to miss more than anything.”

Jim Wells added, “Darryl is viewed as a highly valued, trusted advisor, with heavy emphasis on the word ‘trusted’. He was not another salesman that simply stops by to drop off a product. That’s what set Darryl apart from all the rest. His leadership on our team will also be greatly missed as he was helpful and supportive of many of his colleagues at All West. A committed team player; that’s what a person with a servant’s heart does.”

Some of these team members included Dave Porter, J.R. Fisher, Jeff Cochran, and many more of All West’s past, who all became some of Darryl’s best friends. “Working in the Oregon territory meant that we were far away from both of All West’s office locations. Herald Catlin used to call each of us monthly, not to discuss business, but to genuinely check in with questions like ‘How’s your family? How are your finances? How are you doing?’ and he encouraged all of us to do the same for each other. We did and we developed a great team relationship that way.” 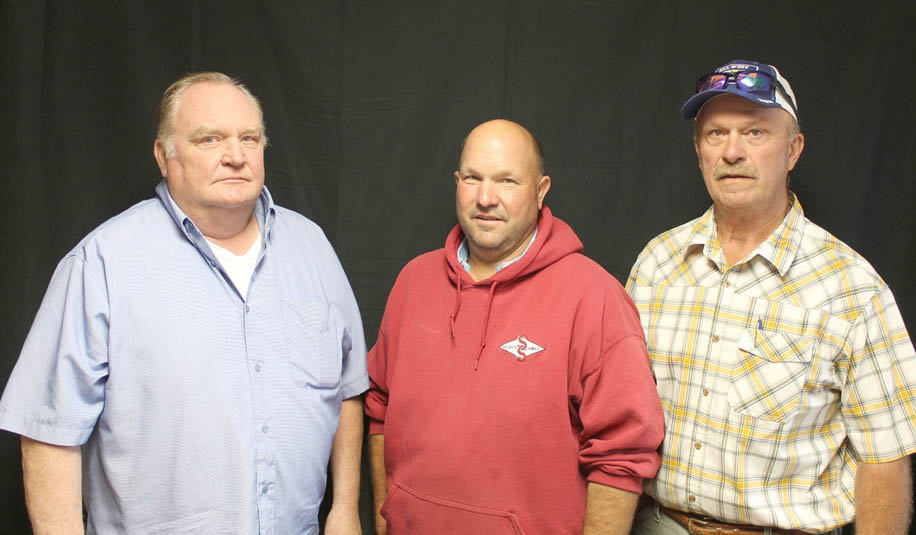 Darryl mentioned that the first years of his career in this industry were times of great learning experiences and growth, but the past twenty have been the most impactful as he has developed the “most meaningful relationships of his life”. Darryl looks forward to continuing communications with his customers, colleagues, and industry friends.

One might think that a man who traveled so much during his career would take a much-needed break once he reached retirement, but naturally Darryl is on the road again! He started his retirement with a hunting trip, and is currently on a five-week, cross-county road trip with his wife, Sue Ann. The two have been planning this adventure for quite some time, which includes their son’s wedding in Ohio, exploring the Midwestern states, and visiting friends and family on the East Coast.

Although it may be hard to believe, Darryl admits that there are still many parts of Oregon that he and his wife plan to explore upon their return to their home state. Once Darryl officially settles down, he is looking forward to hunting, fishing, and working on many projects around the house, with the most important one being spending quality time with his wife for the rest of their lives together. 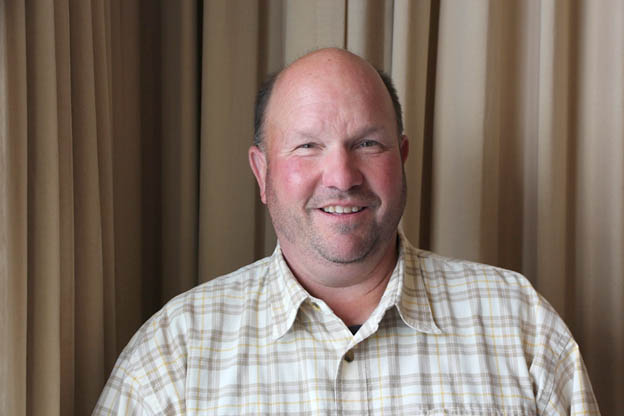 We wish Darryl and Sue Ann great happiness and good health in this next stage of their lives, as they have earned it! Thank you to Darryl for so many years of customer care and to his customers for their continued loyalty to All West/Select Sires!