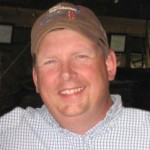 Happy holidays to all my friends in the west!  Select Sires has already had two fantastic sire summaries in 2016, and December should be an early Christmas present for members of the cooperative as well!  We anticipate another outstanding graduating class as well as the most exciting group of new genomic young sires we have ever released!  Here are a few of the most likely graduates as well as a quick summary of the new genomic young bulls.

Morgan is a lock to return to active service and should rank right near the top of the lists!  He hails from a great All-West cow family being a Bookem son from one of the early additions to the Select Sires ART program, Roylane Shot Mindy VG-86 DOM.  She is a maternal sister to 7HO10524 Robust and he is siring a pattern similar to what this family has been consistently delivering; great production, outstanding health and fitness traits and balanced type. I have seen 15 Morgan daughters and they remind me of Bookems with even better udders. He should be a great option for the Mogul bloodlines.

If this pedigree looks familiar, that’s because it has been the magic cross that produced 7HO11351 Supersire and 7HO11419 Headliner.  Smoking Jo is actually from the same family, as his dam is a VG-86 full sister to Ammon-Peachy Shauna, the dam of Headliner and Supersire.  Smoking Jo will be a great option for heifers with a low calving ease of 5.9% SCE and is siring a similar pattern to his cousins with perhaps better health and fitness traits.

I talked about Shan as a potential August graduate but we decided to wait for a bit more data.  The new information has confirmed that he will again be a great calving ease addition at 5.8% SCE and is siring well balanced young cows with well attached udders.  He is a Man-O-Man son from a VG-88 DOM full sister to 7HO10849 Shamrock.

This next pair of bulls I am mentioning together as they are ET splits, meaning they are identical brothers and will have the exact same proof information.  They will be our first Snowman sons to return to the active lineup and have been some of the best young cows I have seen of recent.  The daughters spell milk and have very appealing type.  They have really straight frames and very shallow udders for as milky as they are.  They have a right to be good, as they are maternal brothers to Supersire and Headliner.

December will be the biggest offering of new genomic young sires that we have ever released at one time!  You will have potentially 11 sires including 7HO13250 Jedi and 7HO13251 Jett that will be over +2700 GTPI and two over +2800!  All have already been used heavily as sire fathers and will help continue to make Select Sires the genetic leader in the industry.  Here is sneak preview of this exciting group. 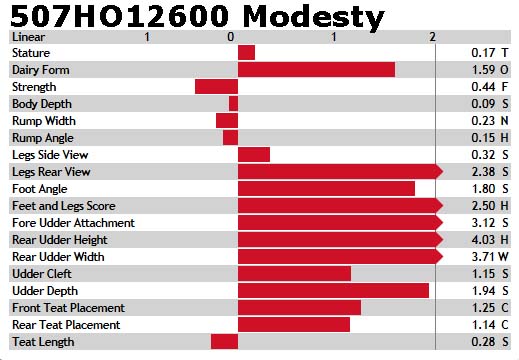 Modesty is the highest bull in the world with semen available and will be #1 for some time to come.  He is a sire that does it all with great production, high health and fitness traits and extreme type.  His dam is a VG Supersire sister to 7HO12165 Montross.   He will be available sexed only.

While not available for another month or so, I thought it was important to get Expresso on your radar.  Expresso will be the #1 protein sire in the breed and a huge production sire at over +2100M.  He is a maternal brother to Jedi and Jett.  His dam is the #1 GTPI cow in breed and arguably Supersire’s greatest daughter; S-S-I Supersire Miri 8679-ET VG-85.  I get to see this cow on a regular basis as she is housed in WI and the most impressive thing to me is that she is thriving in a commercial setting and is as trouble free a cow as you will ever find.  7HO13264 Alltime will also be released.  He’s a Headway son from Miri as well and a huge health and fitness improver.  Both Expresso and All-Time will be available sexed only.

Franchise will be a DPR leader in the industry and is also one of the highest ranking bulls in Germany.  He traces back to the great “Raven” cow family of Markwell Holsteins and should be the perfect option for Robust and Supersire bloodlines.  He will be sexed only as well.

Duke will be one of the highest combined fat and protein sires available and is over +100F and +70P.  He combines that extreme production with over +2.50 PTAT.  He is another Mindy descendant and he, too, will be available sexed only.

Ferdinand may look strange when you first glance at his pedigree, as he is a sire with two shots of Mogul in his pedigree!  But he’s actually one of the lowest inbreeding options to all other bloodlines in the breed as he has no Planet, Shottle or Goldwyn in his pedigree.  Behind the Super granddam is a Colby and then a Potter so he has a unique sire stack and is over +2300M and nearly +3.00 on PTAT.  Ferdinand will debut sexed only as well.

Hang-Time is one of the most balanced young sires in the breed and again will be a great cross to Planet, Shottle and Robust bloodlines.  His dam is a maternal sister to 7HO12008 Halogen and, like Halogen, he offers breed leading health and fitness traits but more production and high PTAT.  This maternal lines traces to the great EX-95 Dellia cow that has produced sires like Durham.

Hang-Time will be available in sexed semen only.

As you can see, we have a lot of optimism for the upcoming sire summary so stay tuned on December 1 for official data!  Again, have a fantastic holiday season and I look forward to seeing many of you in my travels in the All-West area in late January and April!