Low milk prices, high feed costs, harsh winters, and summer heat are merely nuisances for the unfazed Sherman family who have started their dairy from the ground up not once, but twice! 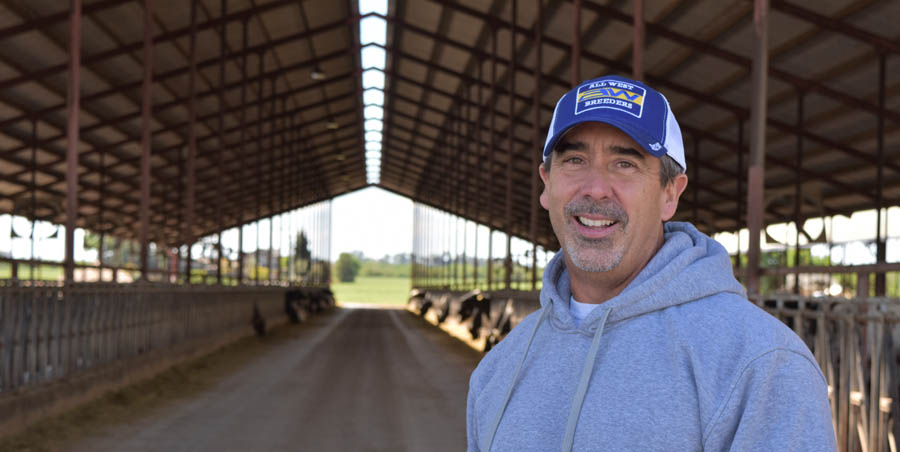 Trent Sherman’s grandfather migrated to the west coast from Missouri, where he settled in a San Francisco Bay shipyard with his wife and young child to pursue a career as a welder. His wife quickly grew tired of the hectic city lifestyle and he knew she longed for wide open spaces. He granted her wishes and moved to Hughson, CA, while continuing to commute to the bay area for work. When one hand-milked cow grew in to a herd on their farm land, and his small family began to multiple with the addition of more children, he gave up his job as a welder to stay close to home and became a full-time dairy producer. In 1969, Trent’s father was asked to become a partner in the dairy operation and the two moved their herd to Sherman Dairy’s current location in Winton, California.

The mid 1980s were tough times for many producers, as the national herd size was in desperate need of decreasing. Trent’s father and grandfather put their own herd up for bid and when they received an offer they could not refuse, they sold their cows to slaughter and agreed to the buy out program of staying absent from the milk pool for the next five years, from 1986-1991. “We were offered more than we would ever have been able to make in those five years if we continued with the dairy. Although difficult, it would have been a silly decision not to agree. It was a phase-out program, with our lower end cows leaving immediately and the best ones continuing to milk for six months. I still remember milking our very best, high producing cows and being in disbelief when we had to see them go just days later. It was a tough time and surreal to have silence on the farm when they were gone.” 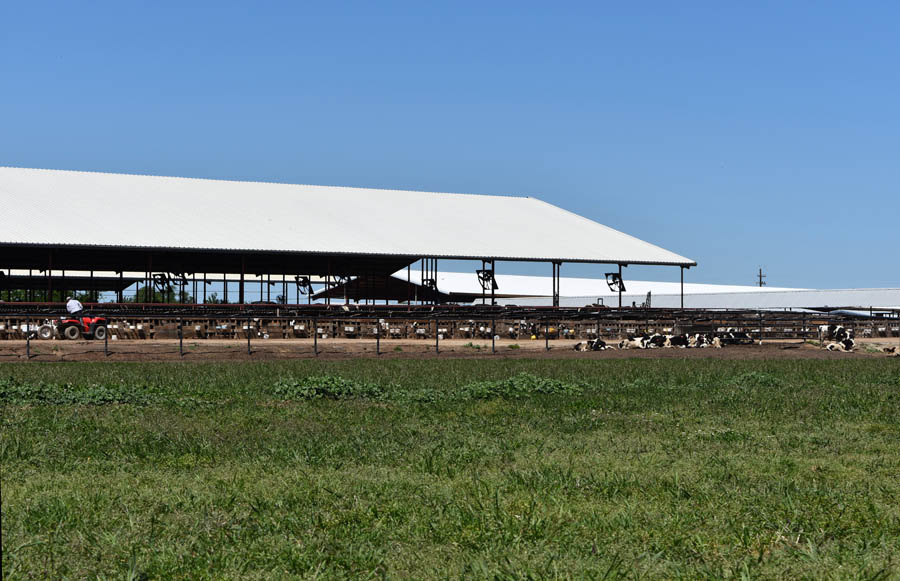 Shortly after the buyout, Trent graduated high school, and went on to graduate from Modesto Junior College several years later. At this time, they were still participating in the program and with no dairy, Trent was left to decide what he wanted to do. His decision led him to Cal Poly, San Luis Obispo where he furthered his education in Agriculture Business and competed nationally on the dairy cattle judging team. While away from home, he and his brother Scot continued to farm their father’s land, while planning to reintroduce cows to the dairy in 1991. Trent graduated from Cal Poly, and with still no cows to tend to at home, he started working at a dairy in nearby Crows Landing, California. 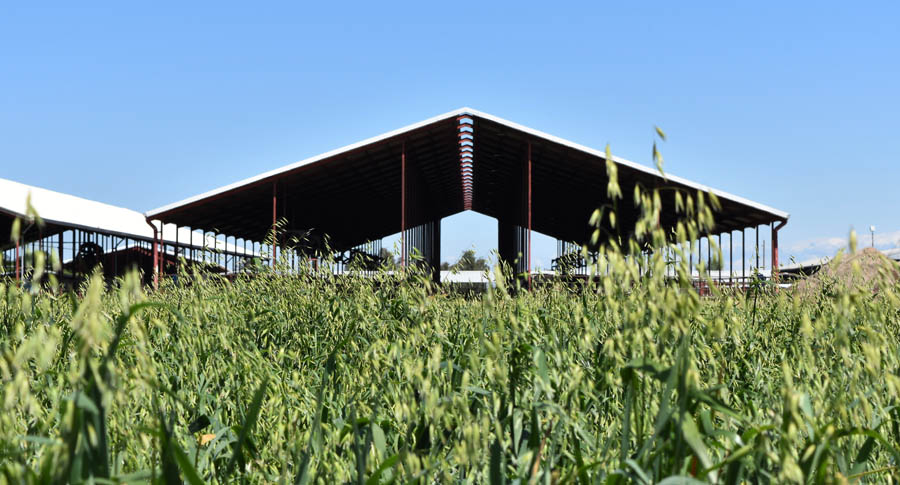 Six months prior to the expiration of their buyout contract, he and Scot began cleaning up the dairy, installing new machines in the parlor, and breeding the heifers they purchased in preparation to introduce a new herd to the empty dairy. After purchasing enough cows to start producing again, Trent recalls the struggle of the first milking. “It was New Year’s Eve when our contact expired and we milked our first herd of cows back on the dairy. They were flat barn cows coming in to a totally new situation in our herringbone parlor, that had not had any scent of other cattle in it for five years. It was a rough couple weeks of transition. It was exciting to get back in to it, but we spent many cold, dark, dreary, 14-hour-days struggling to get readjusted. Looking back, I am glad we restarted the dairy, but I would not want to go through it again.”

The struggles were well worth the success that the Sherman family has benefited from in recent years. Trent credits much of this success to taking advantage of two modern tools: genomic testing and Select Sires sexed semen. “I can confidently say that I trust the tests. At first, I was really leery. I was not going to pay the test fee, not knowing what I was going to get out of it. But what I have seen thus far, on the bull side, is that those that are sampled as young sires and claim high numbers come through with a proof that is impressive. They’re reliable!” 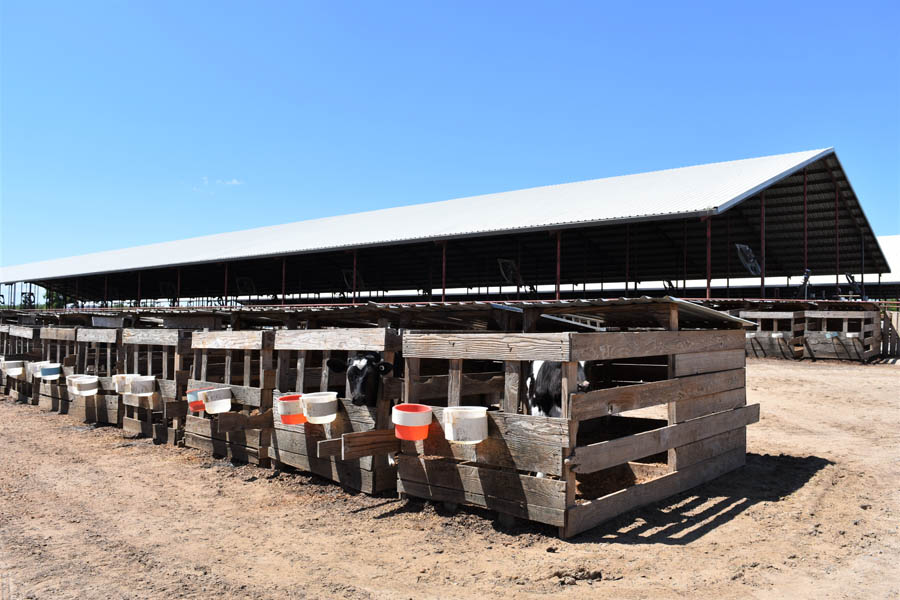 Trent started genomic testing every animal at weaning, almost five years ago, and now has a herd that is almost all genomic tested. “My breeding philosophy has changed a little because of this technology. I now breed the lower end of my virgin heifers to beef, and the higher end to sexed semen, which is something I never thought I would do! I wasn’t comfortable making a decision to breed an animal that I thought wasn’t going to be as productive as others to beef and I wasn’t even confident that I was going to get animals pregnant using sexed semen!”

This philosophy quickly changed as Trent started seeing results and financial benefits. He describes the premium for selling these calves with beef influence as a big incentive. “The decision to use beef semen was made easier knowing it would pay off with a financial gain. The advancements in sexed semen, as well as genomic testing have also helped facilitate my decisions. I now believe in both products!”

Trent is finally confident about what he wants to put in his cows, but he has always known what he wants out of them. “Back when I was competitively judging, the bigger the cow, the better! That’s the one I wanted to judge and show. I quickly learned that is not a functional, commercial cow. For my dairy, I want medium-sized cows, with functional udders, and good feet and legs. A large framed Jersey is the ideal size for my Holsteins.”

When choosing from our 7H lineup, Trent looks closely at Net Merit, as well as Cheese Merit. “I have been using the higher end bulls lately and I’m getting a quick genetic turn around in return. 7HO13250 JEDI is phenomenal. I used a lot of 7HO12266 YODER on my virgin heifers and I’m glad I did. I have used 7HO12600 MODESTY pretty heavily as well, who’s most recent proof results revealed his Net Merit of +$927.”

Using these bulls and many others, Trent divides his herd in to three groups, breeding the lower end to beef, the middle to conventional, and the top end to sexed semen. But as the summer temperatures are already starting to approach here in California’s central valley, will he be changing his breeding habits? “I follow my 1/3 group rule about six months out of the year. In the summertime, I stop breeding all milk cows to sexed semen because the cows are under more stress during the hot months. However, for my virgin heifers, I do not change. I maintain using sexed semen all year long on them!” 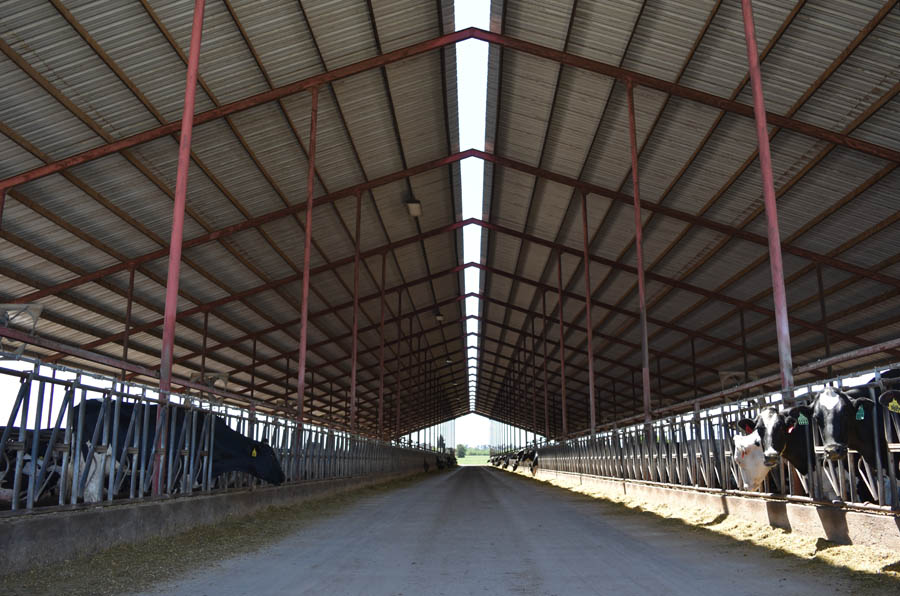 Today, Sherman Dairy milks approximately 1,050 cows twice a day, with the help of nine employees tending to a total of 1,200 animals. Trent’s dad is still actively involved in the business, keeping the company in order as the payroll, billing, and regulatory administrator. They often reflect on their dairy’s past and acknowledge how far they have come, with their dairy herd size now at maximum capacity for the land mass they own.

As for the future of Sherman Dairy, Trent would like to maximize the value of his genomic young stock by developing and marketing more of them for sale, and also sees the use of robotics as a possibility. Although the state of the dairy industry may seem like that dreary New Year’s Day where it all began (again), sunny summer skies and possibilities seem to be endless for the progressive producers of Sherman Dairy.