Congratulations to All West customers Coldstream Dairy (Jeff Rainey and Galen Smith) of Deming, on receiving honors from the from the Dairy Cattle Reproduction Council (DCRC). Coldstream was awarded a Silver Award in the Repro Awards division, which is the top level in the program. There are only six herds across the country that have received this honor! The folks from Coldstream will be recognized at the Dairy Cattle Reproduction Council Meeting in Buffalo, NY, Nov. 12-13. (Pictured above is All West salesman Larry Nootenboom visiting with Galen Smith at the dairy).

Out on the town!  Washington juniors took in the sights of World Dairy Expo this year, led by chaperone Joanne Odens!  Luke Wolfisberg is joined by Rebecca Van Ess, Amanda Lynn Howe and Karibeth Engelsma. 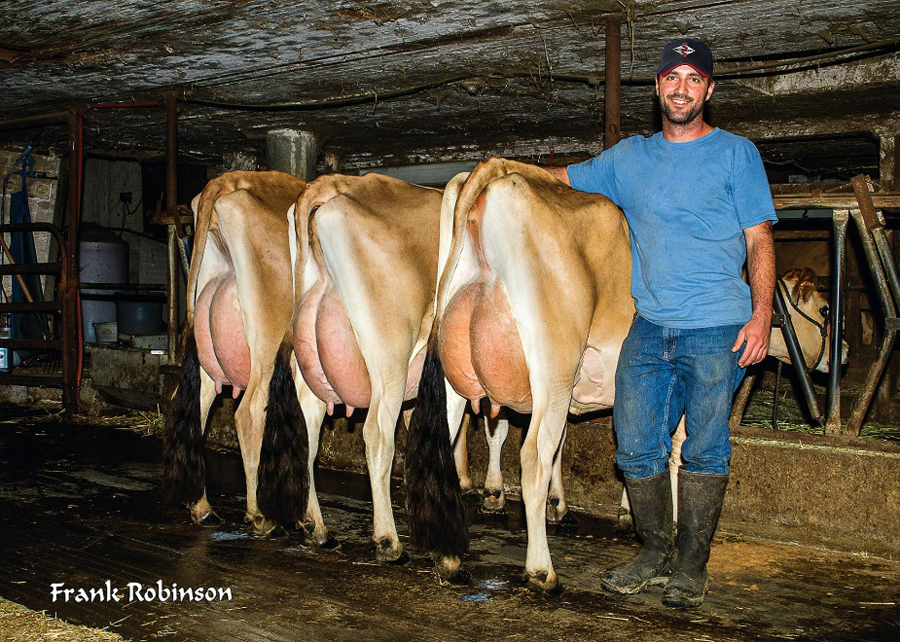 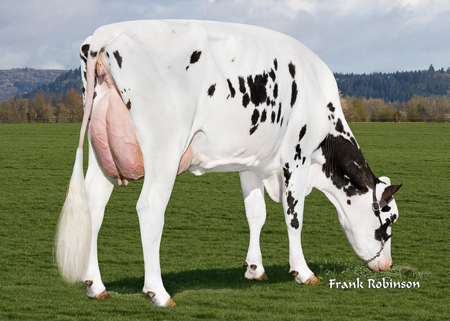 Fir-Ridge Brn Sunny 7080-TW (VG-88), is sired by 7HO8747 BRONCO and owned by the Ruby family of Scio.  More congratulations are in order for the Rubys.  Matt Ruby won the senior division and grand prize award from Holstein Association USA in the 2015 Junior Mating Contest!  Way to go Matt!

Quite the “udder show” at Paulo-Bro Dairy in Hanford, CA!

From the land down under!   A fun-loving group of Australian dairy farmers made the trek to World Dairy Expo this year, and then traveled to California for some herd visits, sightseeing and more.  We were happy to have them stop by the All West office in Turlock, CA, during their adventure!

You had to see it to believe it!  Pictured here is the absolutely amazing class of Sr. 2-year-olds at the International Holstein Show in Madison, WI.  It was another sweep for Select Sires as the top three animals were sired by DEMPSEY, WINDHAMMER and GOLD CHIP, and they’re on the far right of this lineup.  The best news of all?  Two of the top three were from All West territory!  1-Co-Vale DEMPSEY Dina 4270; 2-Silvermaple WINDHAMMER Camille owned by Californian Christian Cunningham; and 3-Dinomi G-CHIP May 9609 owned by Californian Robert Teixeira and partner Nate Goldenberg.

…here’s a closer view of the top three finishers in the Sr. 2-year-old class… 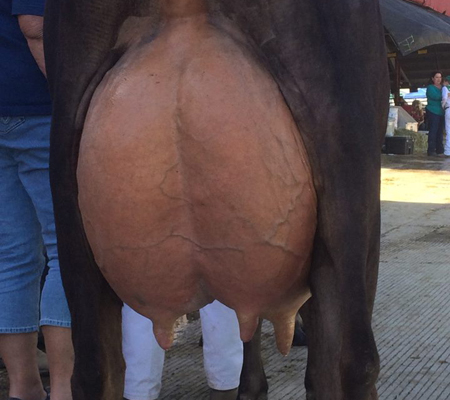 For daily updates with what’s new “Around All West” be sure to check out our Facebook and Instagram pages!