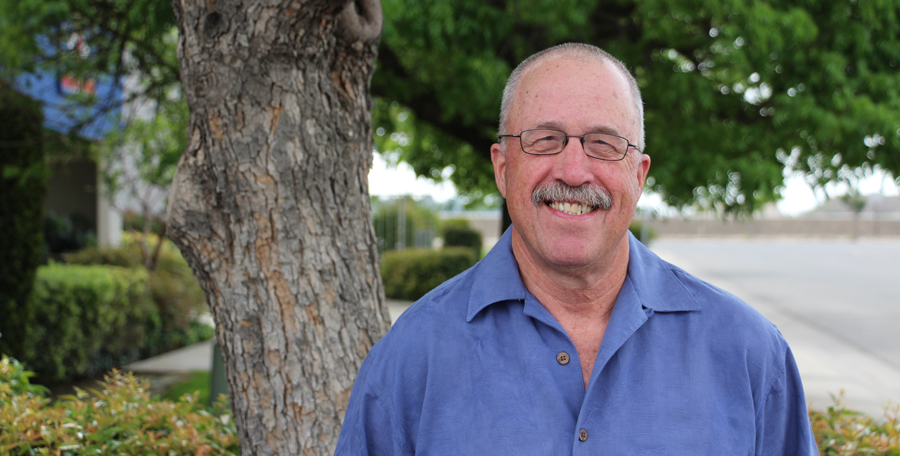 When Harry Anderson learned artificial insemination (AI) in the early 1970s, there seldom was a question of whether a cow was in heat.

“It was almost as if they stood still and displayed a neon sign that flashed, ‘Breed me!’” Anderson said. “And when my dad started breeding cows 20 years earlier, it was even easier. He routinely achieved 70% to 80% conception rates.”

A lot has changed since Anderson’s father started Anderson Breeding Services, Modesto, Calif., in 1952. Most notably, herd size has increased dramatically from the average of about 50 cows. Today, Anderson’s business services 20,000 cows from 12 dairies in the Modesto area, with herd sizes ranging from 500 to 3,500 head.

Milk production also has climbed exponentially in the last half decade. “Back then, the cows didn’t have to work as hard,” Anderson said. “Through genetic advancement and management, today’s cows are a marvel of productivity.”

The three levels of dairy nutrition

One thing that hasn’t changed is the need for cows to calve efficiently, enter lactation and make milk.

“Reproductive efficiency, and how successfully dairies raise their replacements, are in my mind the two biggest factors for dairies’ ultimate success,” Anderson said.

Although dairy reproduction is a greater challenge today, Anderson is not inclined to give up.

“It is not necessarily true high-producing herds can’t achieve good reproduction, because I see it happening every day,” he said. “But it does require effort and expertise on the part of all the players who support those herds.”

What’s the biggest accommodation needed to keep up reproductive efficiency in high-producing cows?

“Nutrition, without a doubt,” Anderson said. “To achieve conception, sperm needs to meet egg. We can deliver the sperm, but the cow needs to be physically capable of providing a quality egg and the hormones to make the miracle of reproduction happen.”

A few years ago, Anderson heard a presentation by University of Florida animal scientist José Santos at a Dairy Cattle Reproduction Council (DCRC) annual meeting. Santos’ discussion of the “three levels” of dairy cow nutrition resonated strongly with Anderson, because it accurately matched conditions he saw in the field.

Those three levels are:

• Level 1: Survival – An animal must eat to sustain itself and preserve essential processes such as respiration, circulation, etc. At the most basic level, nutrition first allows the animal to continue to live.

• Level 2: Lactation – Mammals produce milk to feed their young following parturition. Nutrients available beyond those needed for survival also will be allocated to lactation.

• Level 3: Reproduction – Reproduction will only occur efficiently if the other needs are met. This is why greater nutritional resources are needed to assure normal endocrine functions necessary to sustain life, lactation and creation of a newborn.

“This all made so much sense to me,” Anderson said. “It explained why, for example, cutting back on nutrition in periods of low milk prices and/or high feed costs invariably leads to breeding problems. Virtually all dairies today do a good to excellent job of addressing Levels 1 and 2, but it takes extra effort and finesse to reach Level 3. It’s also a more tenuous spot from which dairies can fall below over time, for a variety of reasons.”

Santos has dedicated his career in veterinary and dairy science research to studying the relationship between dairy nutrition, cow health and reproduction. He is seeking a better understanding of how dairies can consistently reach “Level 3.”

Much has been learned about the importance of transition health, and the detrimental effects calving problems and postpartum disease can have on subsequent fertility. “Cows experiencing postpartum problems have delayed return to ovulation, reduced pregnancy per AI, and increased pregnancy loss,” Santos said. “Because we don’t fully understand the mechanisms of how and why these setbacks occur, we must take a more wholescale approach at preventing the risk factors which predispose cows to disease during the transition period.”

Those preventative measures include:

3) Reducing calving-related disorders through both genetic selection and husbandry during calving.

4) Minimizing the incidence of mastitis and lameness.

Negative energy balance is a reality of early lactation, exacerbated primarily by low feed intake. Nutritional efforts should strive to minimize it as quickly as possible for a number of reasons, according to Santos. In his research, he found cows losing body condition due to negative energy balance during the first 65 days postpartum were more likely to be anovular at the end of the voluntary waiting period, had decreased pregnancy per AI, and were at increased risk of pregnancy loss after the first AI postpartum.

These setbacks are due in part to the signals accompanying negative energy balance and body condition loss, Santos explained. For example, high concentrations of non-esterified fatty acids (NEFA) result when tissue reserves, basically fat, are mobilized from depots.

“High concentrations of NEFA in blood, and long exposure to them, seem to negatively impact immunity and reproduction in dairy cows. Some NEFA compromise the quality of the oocytes (egg), which might be linked to the low fertility observed during breeding,” Santos said. “Obviously, this is one of the many reasons why cows losing too much body condition have poor reproduction.”

Energy deprivation also reduces the frequency and pulses of luteinizing hormone, which starts the process of ovarian follicle maturation and ovulation. The end result is a delay in ovarian activity, causing fewer cows to show estrus and conceive when breeding starts.

Achieving another full-term pregnancy also is more complicated than just getting cows to ovulate again. Other factors include expression of estrus, oocyte quality and embryo viability. “Estrous cycles can be shorter and less intense in high-producing cows, even if the animals are healthy and have excellent dry-matter intake,” Santos said. He attributes this to lower circulating levels of the hormone estradiol in high-producing cows, which also can delay ovulation and cause longer periods of follicular dominance – meaning older, less-viable eggs are released when ovulation, and possibly fertilization, eventually occurs.

“Much emphasis is placed on anovular cows, but early embryonic death is another major hindrance on efficient dairy reproduction,” Santos said. “Anovular cows not only have reduced estrous detection and conception rates, but also have compromised embryo survival.”

A realistic goal for reproductive success is for 20% or less of the herd to be anovulatory by 60 days postpartum, he said.

Santos is conducting research on modifying the intake of specific fatty acids in prepartum and early-lactation cows, which shows promise in not only improving postpartum fertility, but also improving passive transfer of immunity in calves via colostrum.

In the commercial dairy setting, Anderson witnesses first-hand the impact of nutrition on early lactation fertility and pregnancy. His No. 1 observation – the biggest problem usually is not the ration itself.

“Most professional, consulting nutritionists have an excellent handle on the requirements of cows,” he said.

“Just as there are many physiological steps that can impact fertility in the cow, there are many implementation steps that can impact the ration cows actually metabolize,” Anderson noted. In addition, transition-cow disease conditions often suppress appetite and dry-matter intake, which can trigger a cascade of fertility problems. Overcrowding is an issue Anderson said he also observes too often.

His formula for the “big four” elements of successful dairy reproduction are:

1) Nutrition – Formulating and delivering “Level 3” rations, influenced by the nutritionist.

4) Recognition – Observing the life of every cow, and dedicating management attention to other factors setting her up for success, such as cow comfort, vaccination protocols, hoof care, heat-stress abatement and stocking density. These elements are influenced mostly by the on-farm staff who manage the cows day-to-day.

The technicians at Anderson Breeding Services routinely achieve conception rates of 35% to 45%, and 21-day pregnancy rates of 20% to 25%. Both figures are about 10% above industry averages.

Anderson said the most successful dairies are those run by a manager who promotes a team culture, and expects each influencer to communicate regularly with the others.

“The best nutritionists are those who seek out the AI technician at the dairy, checking regularly on body condition, heat expression, manure consistency and hair coat,” he said. “The technicians are the ones who see the cows up close, nearly every day, and have a keen assessment of how they are doing. Most shifts in body condition, nutritional status and reproductive performance will be observed by the technician long before they show up on a computer spreadsheet.”