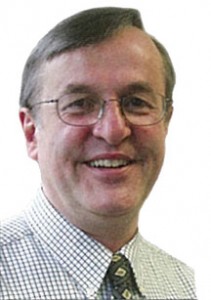 Updating the TPI Formula, It’s All About the Future

When it comes to breeding, many of us like to think big. We want to breed the next superstar, a game changer, a future legend. Holstein breeders are not unique in this endeavor. Many other groups, such as, horse breeders, dog breeders, even pigeon breeders are full of natural born optimists. They’re all looking to breed that one special individual, the one that will win the Kentucky Derby; be crowned champion at Westminster; or be the fastest bird home.

However, as dairy cattle breeders, we have an advantage over the others. It’s not just about breeding that “one” special animal, it’s about making our entire herd better. Our measure of success is not based upon a single outcome; our success is based upon breeding a lot of good animals.  Each of these breeding decisions leads us in the direction of our ultimate goal, having a good herd of cows. We’re not thinking only about the top one percent, we want the other 99 percent to get better too. As a dairy breeder, we’re responsible for improving the whole herd. If we do that, we’re a success. When was the last time you heard a horse breeder say, “I don’t have any Stake winners, but I’m happy this year’s foal crop is a little bit faster than last year’s.” We get satisfaction from seeing our herd obtain more balance and dairy strength, more production and greater efficiency. It’s not only satisfying, it’s essential for our survival. If our herd falls behind in production and efficiency, our ability to stay in business over the long term is in jeopardy. At night, we may dream about breeding the good ones, but our days are full of working with the whole herd.

As there is a cycle to many of our activities; breeding, planting, harvesting, etc. ; our genetic evaluation cycle will be starting afresh with its five-year cycle in December 2014. The new genetic base will be centered on the cows born in the year 2010. Along with the genetic base change, we’ll also be updating the TPI formula. These changes will result in higher production, more efficiency, better fertility and greater profitability. These things matter to the whole herd and our ability to stay in business.

Two new components will be added to the Total Performance Index (TPI): Feed Efficiency and a Fertility Index. These new components will not only improve the value of the TPI as a selection tool, but will also bring more focus onto some important traits. Dividing our base year cows, those born in 2010, upon the new into a high and low group based TPI formula, we see dramatic differences in both yield and reproductive performance between these two groups. On a within-herd basis, the top half of the cows outperformed the lower half by 1800 pounds of milk, 75 pounds of fat and 55 pounds of protein.

Utilizing 2014 research from USDA-AIPL, the value of that extra milk produced is over $300 per cow per lactation. The cows producing this extra milk have a greater appetite and are slightly bigger in size resulting in higher feed and maintenance costs. Our Feed Efficiency index takes into account both extra income and extra costs. The net result is that the Top TPI cows are more profitable and more efficient than the bottom half of the herd.

The advantage of using a selection index, such as the TPI formula, is that you can make improvement in several traits at the same time. This is well illustrated when looking at two antagonistic traits such as production and fertility. The high TPI cows were not only the ones with higher production, greater feed efficiency and more profit; they also bred back faster, settled easier and stayed pregnant.

Breeding cows based upon the new TPI formula results in more profit, efficiency and fertility. This advantage not only impacts your bottom line today, but, the genetic superiority being expressed by these cows will be passed onto the next generation. That’s not only satisfying; it’s essential to our bottom line.

As we’ve all witnessed over the years, our breeding decisions will have an impact on the conformation of our cows. Some changes are the result of a trait being genetically correlated to higher milk yield, for example, udders getting deeper, cows getting taller and increased frailty. The inclusion of PTAT, UDC, FLC and Dairy Form in the TPI formula helps ensure that a desirable change occurs. Having the right amount of emphasis on the right group of traits is essential for long term success.

Again using the new TPI formula to sort year cows, the top half of the cows show in conformation. The greatest difference important categories — udders and feet & legs.

“The high TPI cows were not only the ones with higher production, greater feed also bred back faster, settled easier and stayed pregnant.”

Making good breeding decisions doesn’t need to lead to a rush of adrenaline. It can actually have a calming effect. Knowing that you’re improving your herd, making it more efficient and more profitable gives you the feeling that you’ve done something productive. We may not be able to control the price of milk or the price of feed or a number of other things, but, we can control the genetics that we bring into our herd.

The new update to the TPI formula keeps our breeding program on the right track. Each new heifer crop brings with it better conformation, more production, greater efficiency, and higher fertility. While there will be only one Thoroughbred wearing the garland of roses in Louisville on that first Saturday in May, we, as dairy cattle breeders, will have achieved an even loftier goal. We’re breeding to keep our herds competitive for many more years ahead.