Hello to everyone in the west!

It’s been a busy summer so far!  I’ve spent quite a few nights away from home the past few weeks, but I wanted to give you some thoughts on what I’ve seen in my travels.  Sire summaries are just around the corner and here is a quick glimpse of what could unfold.

7HO13250 JEDI – This bull is the real deal.  JEDI daughters all milk like crazy and the longer they are fresh the better people like them.  I don’t think I’m exaggerating when I say I have looked at over 100 of them and the more I see, the better I like them, too!  Even the ones that early on, I was concerned about their mobility, seem to figure it out about 100 days in.  I can’t really explain it except that it’s real and it happens!  Regardless of what happens in August, this bull is poised to move up in December as he adds more and more progeny.
Check out the development of these two JEDI daughters!

7HO12600 MODESTY – Falling back on an earlier quote, this bull is ALSO the real deal. MODESTY is a completely different bull than Jedi but equally as good. Udders are fantastic on nearly every one and they are the freest moving, athletic cows I have seen in a decade.  They don’t milk as much as the Jedis but yet are milking well.  They are definitely average to below average on stature unless they are out of McCutchens and Kingboys (which are the ones I like the best as they have a bit more substance of bone) but are extremely correct and, like the Petys, look to be even better second lactation. I have also looked at test sheets and DC305 and they look to have very low cell counts.  My wish list is that with progeny added, MODESTY could trend down on his SCS which would help many things, including his sons and daughters.  To date, I’ve probably seen 60 or more Modestys. 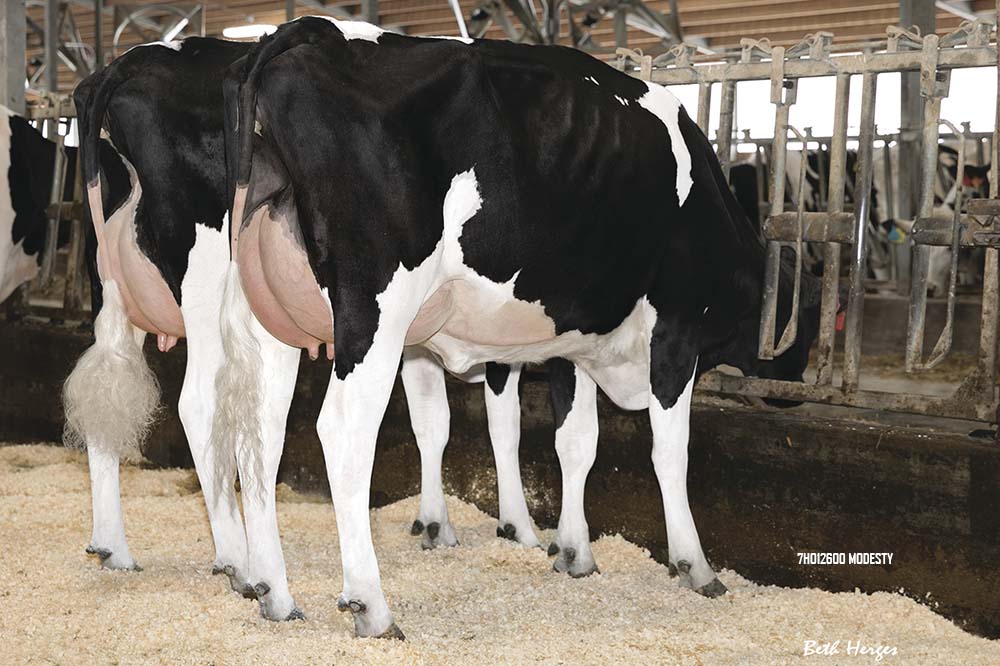 7HO12602 HANG-TIME – This bull was the most pleasant surprise on the Italian tour I went on.  I saw nine HANG-TIME daughters that were awesome!  They’re really developing nicely and although not as wet as the Jedis, they milk enough and their udders are more consistent.  He is what a +3.00 PTAT Montross son should look like. Several of his daughters have scored VG and he looks to be another great customer satisfaction bull. 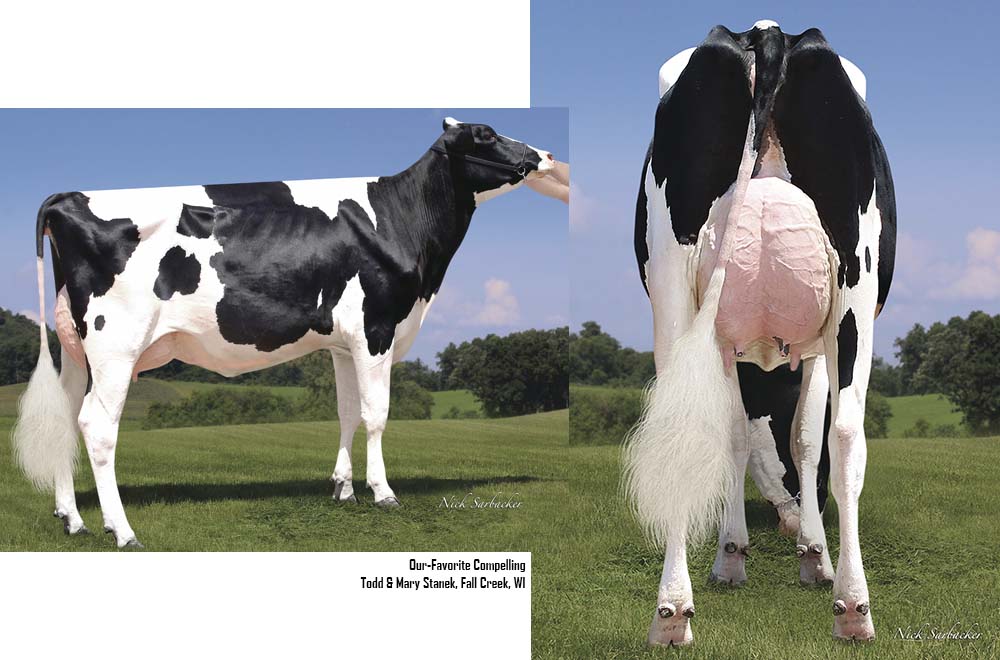 7HO12611 FERDINAND – This bull puts udders on as well as any Montross son.  Breeders like them and point them out.  FERDINAND is another bull I am hoping has a nice day next week.  He is uniquely bred, being a Montross son from a Mogul dam, but has no Supersire, Planet or Shottle in his pedigree which makes him eligible to be bred to a big percentage of the population. 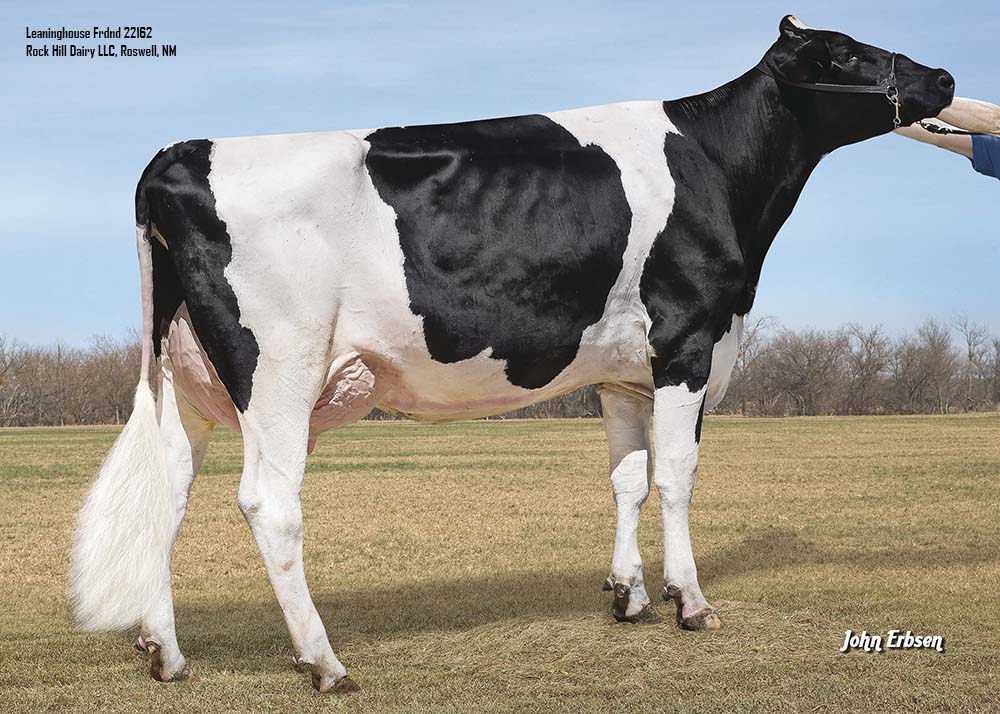 7HO12569 HEISENBERG – I really like these daughters! They are consistent, silky, black and going to make some really good cows. He has a bit different pedigree, being a Jabir from a Moonboy dam who then traces to the great Ronelee Outside Dabble cow family from Washington. He should be a bull that will work well in the SMS program. 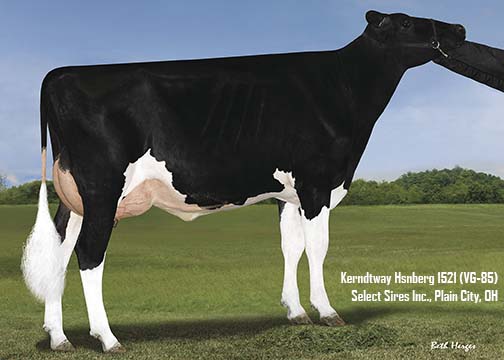 7HO12587 DIAMONDBACK – One of the most popular Showcase Selections sires in the past two years, his earliest daughters are calving and the reports have been very positive.  They have great shape and attachments to their udders and the longer they are fresh, the more they improve.  DIAMONDBACK should have enough data to become a progeny proven sire in August, but his true “coming out” party will be this fall, as there will be many, many DIAMONDBACK milking yearlings at World Dairy Expo in October in both the Black & White and Red & White shows.  We look forward to seeing his continuing influence. 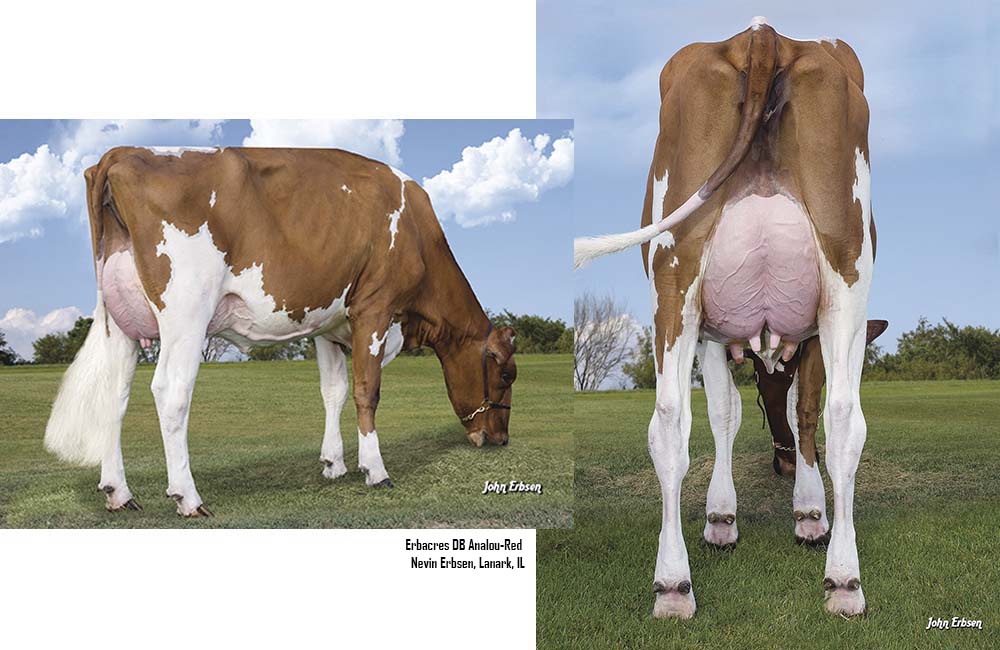 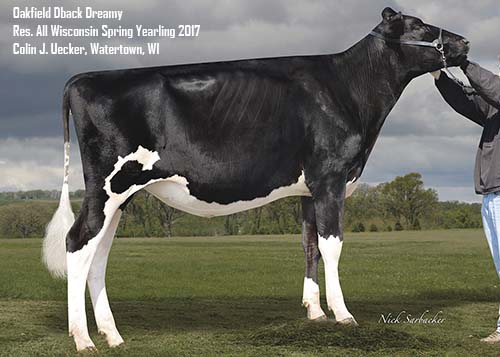 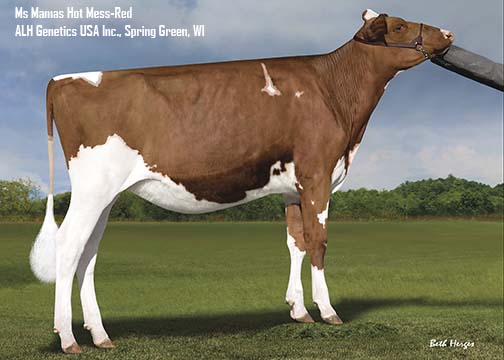 This is just a snapshot of my travels, but it has been an exciting summer to be on the road travelling and we look forward to an exciting August sire summary next week.  I hope to see many of you in my future travels to the All-West market area and thank you for your continued support of your cooperative!