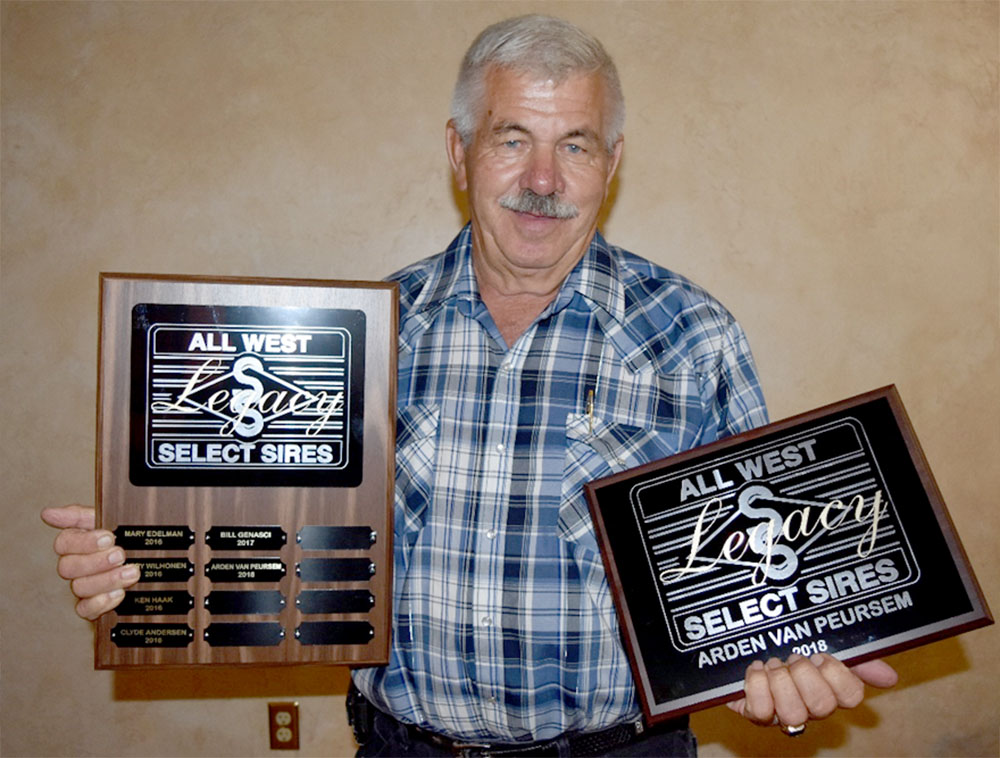 It is with great sadness that we share the passing of retired All West Family member and friend, Arden Van Peursem, who passed away recently after fighting a difficult battle with Coronavirus. Arden sold over 1 million units of semen before retiring from his successful career in 2018 and was honored by becoming an “All West Legacy” award recipient.

Our General Manager and CEO Jim Wells shared, “Arden was as unique an individual as I ever worked with. My friendship with him went back to 1986, when he went out of his way to welcome me to California. I will miss him.”

To his wife Johanne and the entire Van Peursem family, thank you all for sharing Arden with us for many wonderful years. Arden will forever be remembered by the All West Family for his unique stories, vibrant smile, and love of cows, horses, and his grandchildren and his legacy will live on for years to come. You are in our thoughts and prayers during this difficult time. 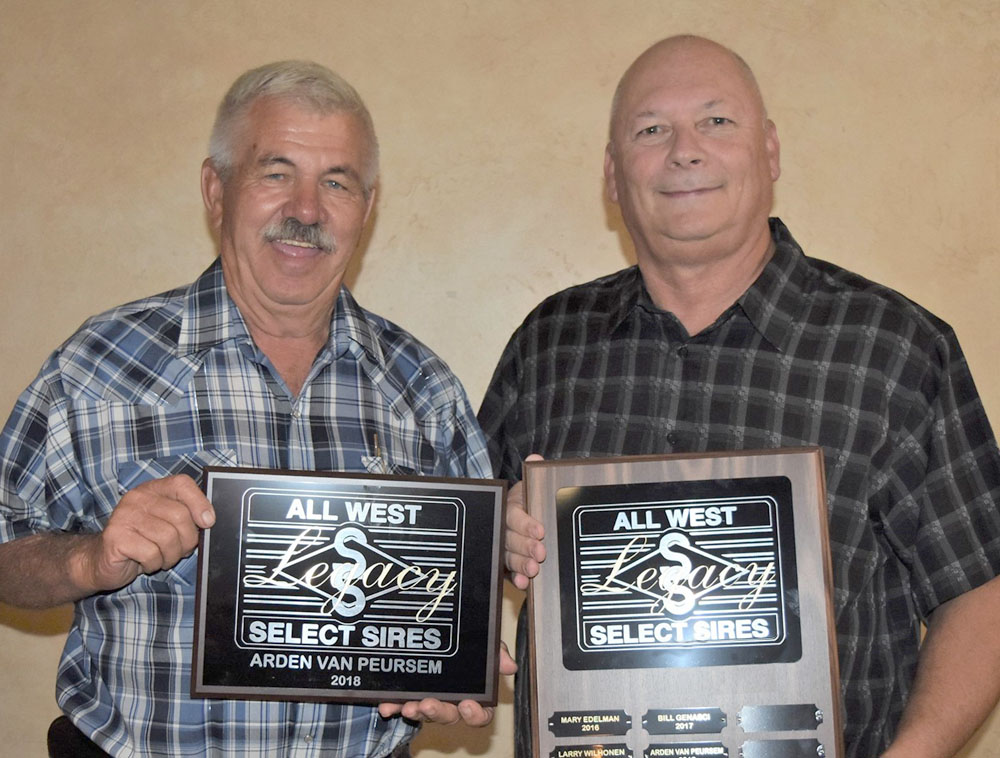 To learn more about Arden’s legacy, please read his official obituary below.

Arden Jay Van Peursem was born to Willard and June (Van Steenwyk) Van Peursem on July 6, 1945 in Orange City, Iowa. He passed away on March 18, 2021, due to complications after having COVID. He was 75 years old. He was surrounded with the love of his wife and his children as he passed.

He had a happy childhood, growing up on a farm. He was the eldest of four brothers. His lifelong hobby of horses was encouraged by both his grandfathers, beginning with ponies.

He married Johanne Haringsma, April 25, 1969 in Artesia, Calif. Arden and Johanne moved back to Orange City soon after the marriage and Arden began his career in the dairy industry. In 1980, they moved back to California and he worked for American Breeders Service and continued until 1994 when he became a dairy manager and part owner of a dairy in San Jacinto for 10 years. Then All West Select Sires offered him a job. He enjoyed his job and retired in 2018 and he and Johanne have enjoyed cruises and trips with family, friends and together. 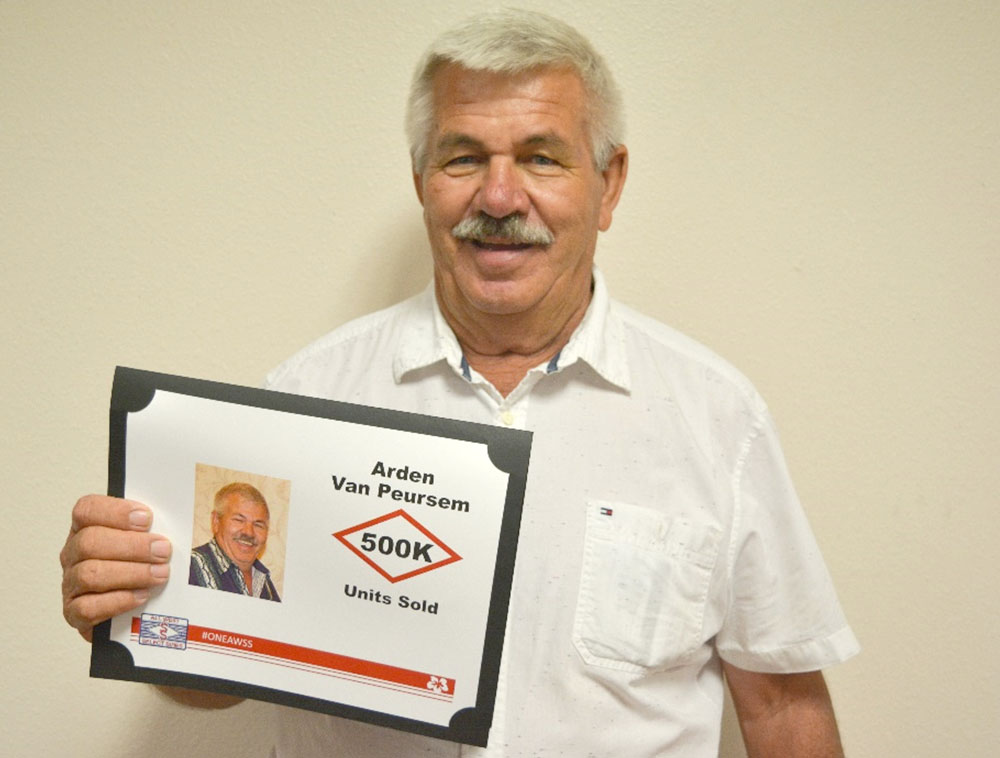 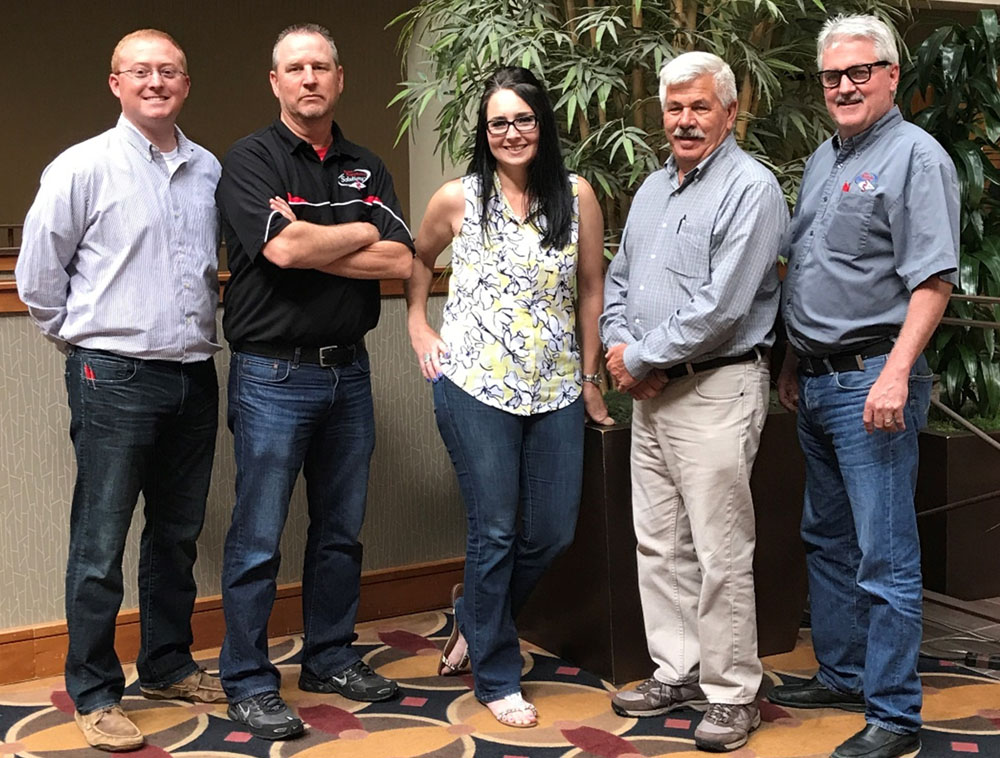 They moved to Bear Valley Springs in 2010 and Arden enjoyed the equestrian life, competing in sorting and trail rides. He enjoyed playing Monopoly with his brothers and also catching gophers! He had a competitive spirit.

He was a man of few words and strong opinions. He loved his family with loyalty, commitment, devotion and left a legacy of faith and hard work for his grandchildren.

Left with good memories and celebrating and honoring his life is his wife of 51 years, Johanne, two daughters, one son and six grandchildren, soon to be seven. Jill and Robert Williams and children, Erika, Madelyn, Victoria and Riorden; Kristin and Adam DeLauer and children, Logan and Brayden; Adam and Mindy Van Peursem and daughter arriving in May.

Also, cherishing his memory and missing him are his brothers and their wives, Mark and Kathy; Kim and Julie; Ward and Brenda. Johanne’s family, Wilma Offinga; Pete and Carol Haringsma; and Michael Kelemen. And lots of nieces and nephews.

Arden and Johanne are members of the Bear Valley Springs Church in Tehachapi, Calif.