In Loving Memory of John Pappas 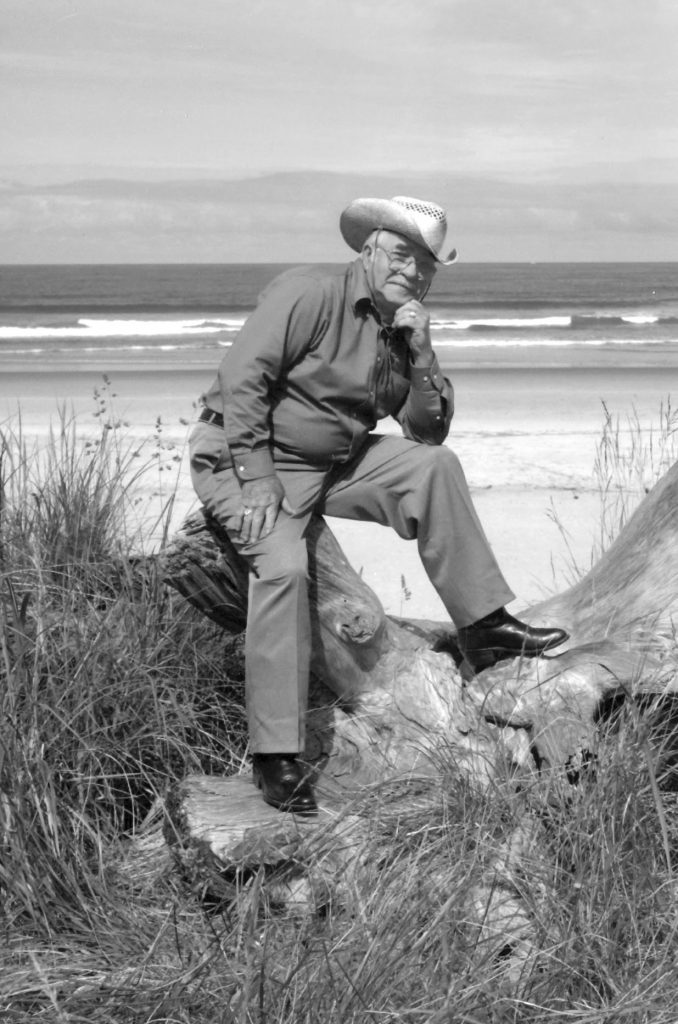 Our sincere condolences to the family of John Pappas, who passed away in McMinnville, Oregon on September 4, 2021 at age 89.

John’s journey to All West Territory was unconventional… and potentially life-saving! The year was 1966. At the time, John was working in the coal mines in Minnesota and experiencing several health issues. When his doctor told him it would be the healthiest decision to leave his mining career and head West for cleaner air, that is exactly what he did. John and his wife, Tad, loaded up their four kids in their car with a few additional belongings in a rented trailer and set out for their new West Coast life.

While driving through Western Oregon, the family came upon a veterinary clinic and stopped to ask if the owners knew of any jobs available in the area. John was told that an A.I. cooperative called All West Breeders was in need of an A.I. technician and he was given the phone number of Art Johnson, who at the time was the Oregon Technician Supervisor.

Shortly after meeting Art, John began his job as a relief technician for All West Breeders. He then gained his own breeding route and eventually took over the role of Oregon Technician Supervisor himself.

Past All West General Manager CEO was quoted in 1997 saying, “John is a company person first and foremost. He worries more about the company and his fellow employees than you can believe. For 30 years he has got the job done, without a complaint, working countless hours and weekends. Individuals like John Pappas can’t be replaced.”

John retired in 1997 after 32 years of service. His name is forever engraved on a brick in front of Select Sires Inc.’s Kellgren Center in Plain City, Ohio for his dedication of over 30 years.

Our thoughts and prayers are with John’s wife, their children, and their family during this difficult time.