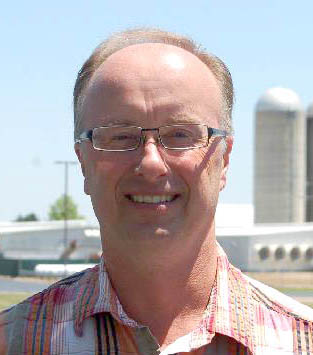 What a summer it has been so far in the world of the Jersey cow!  By now, you have hopefully heard about the changes in registration identification from U.S. Jersey as well as the release of the Breed Base Information (BBR).   These are enhancements to the programs at U.S. Jersey and will help each of you as consumers to have more transparent information about the semen you buy and use in your herds. Simply put, these changes will allow you to have a more accurate understanding of not only the depth of Jersey ancestry, but give you a closer look to the true Jersey heritage that is involved with each individual that you are considering purchasing semen on.

Hopefully, each of you have been able to attend some of the Jersey events this summer and are seeing, first-hand, the excitement that really is…The Jersey Revolution!  As you attend the shows, have you noticed the number of Jerseys being exhibited as compared to years past?  How about the recent Jersey sales?  In one word – WOW!   From start to finish, the bidding is fast and the cattle are commanding top prices.  It is truly great to see that the world’s most efficient cow is being recognized and rewarded for her contributions.

Yet, this message is intended to be about the bulls and what to expect with the August Sire Summaries.  How much fun would it be if I just gave you the answers in advance of August 9th?  Seriously though, we are watching a handful of bulls that have been making waves in the field since the start of 2016.  Both Herby and I are getting calls, texts and emails about bulls’ daughters that are making an impact in the bulk tank.  Those pieces of information are so enjoyable to hear, and they usually arrive about the same time a dairyman opens his DHI test results – that’s when the phone rings.

Other times we get notes about the fancy ones that an A.I. technician spots during daily walks behind the cows.

Yet what is most rewarding is hearing the buzz from the appraisers who chat each night about the high scoring young cows they saw during the day.  What makes that so rewarding is that it is usually about young bulls living in Plain City, Ohio!!

So what are we expecting? Bulls that can complement your breeding programs and can live up to the expectations you want to see in a bull from Select Sires.  After all, look at the bulls they are being compared to.  From Valentino to Dimension; from Colton to Pharoah or Irwin; or even Oliver-P to Fastrack and others. These potential new graduates will have great mentors as their stablemates and most importantly will have earned the right to do a great job in each of your herds as well.

Keep your home pages set to www.selectsires.com.   As the information comes in, rest assured, Select Sires is your source not only for new information, but also for the best bulls in the industry!

As part of our Jersey Revolution update for you in each issue of DiamondCuts, we wanted to take you on a “virtual tour” of the Jerseyland Sires Tour we experienced this summer.  During the National Jersey Convention that was held from June 29th to July 2nd, Jerseyland Sires opened their doors for convention goers to see some of the remarkable things going on at their operations.

The first stop of the day was at Ahlem Farms Partnership. The tour group was shown five heifers destined for the 59th Annual National Heifer Sale, some of which were sired by Select bulls, along with receiving a daughter tour that displayed some of their best cows. A notable group included three 7JE1274 AXIS daughters that showed strongly attached, quality udders and definitely stood out in the lockups!

The next stop was Yosemite Jersey Dairy. In addition to their breeding program, we learned about their crop fields, which included growing up to 40,000 plants per acre, along with listening to their philosophy on calf raising. Starting back in 2011, all calves are now raised on site until they reach six months of age. By this time, they have seen an increase in body weight by almost double what they were seeing when the animals were being raised at a calf ranch. Yosemite Jersey Dairy definitely has mastered the art of calf management and many members of the tour group were impressed with their methods. Among the many cows we saw, we spotted an impressive VG-86 Jr 2 year old out of 7JE1163 Irwin!

At the third stop of the day, Wickstrom Jersey Farms allowed the tour group to witness some of the IVF work they have been doing on their Jerseys. TransOva demonstrated the procedures for the crowd, which was a process many of the tour members were seeing for the first time.

Overall, what we witnessed on the tour was efficiently run operations and breeding programs, quality cows, and outstanding genetics. Select Sires started their partnership with Jerseyland Sires last fall and the first group of bulls was shipped to Ohio last month. We are excited to see what their potential holds and how influential these bulls may become. JLS’s cows represent 15-18% of the top JPI cows in the entire Jersey breed right now, which, along with our Select Sires bulls and River Valley bulls, will allow us to own some of the best Jersey genetics in the world. While it’s too early for JLS’s prospective bulls to come out this proof, pay attention in the coming months for these valuable genetics!