Life is Better with 7J and 14J Genetics!

We feel as though we have one of the strongest, combined lineups of Jersey genetics in the industry!  The foundation of that strength continues to lie in our proven bulls, who are still developing the kind of cows the Select Sires family of brands is known for.

Let’s highlight a few of those foundation bulls.  We’ll start with 7JE5004 CHROME, whose daughters continue to delight dairy producers everywhere!  Their production is higher than predicted and their type is simply awesome!  CHROME is from different pedigree lines, so he is a natural for heavy use (which he is!).  Because of this extreme customer-satisfaction that he’s delivering, we expect him to stay in tight supply even though he’s a good semen producer. 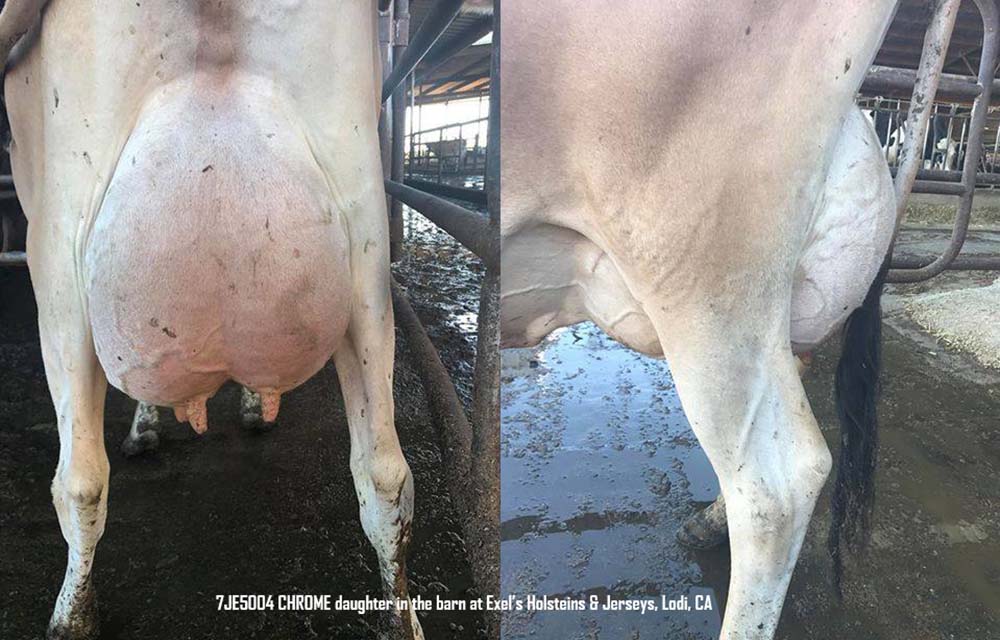 Another foundation bull is 14JE670 LEMONHEAD, who continues to stamp out pleasing daughters that are garnering dairymen’s praises world-wide!  A recent pasture walk in Australia was highlighted by seven LEMONHEAD daughters who stole the show, even though a competitor was the one sponsoring the open house! 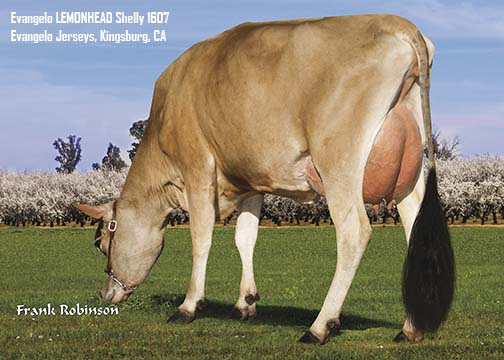 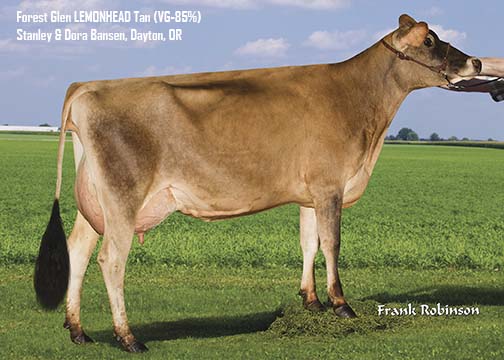 A pair of maternal brothers who do things rather differently, yet really complement each other very well are MARLO and AVON.  14JE652 JX MARLO {2} is a moderate milk bull with big-time components who’s making daughters with shallow udders, great fore udders and are of moderate size.  His maternal brother, 14JE673 JX AVON {2}, is a huge “pounds of milk” bull who adds a much needed flow in the bulk tank, especially with bST being removed from use.  AVON daughters do all this through extremely shallow udders and great fore udders, a combination that makes the long-lasting kind!

The recent World Jersey Conference that toured through North America in late June really showcased a lot of bulls from the combined 7 and 14 programs.  When the dust settled, the four above-mentioned foundation bulls, along with other customer satisfaction stars 7JE1354 TEXAS, 7JE1294 BARNABAS, and 7JE1344 MATT, as well as the old timer himself 7JE1038 VALENTINO, continued to prove that Select Sires is the envy of the world in marketing the proven kind that are profitable and that dairymen like to work with every day!!

I’d like to talk about a few young genomic bulls who are really are creating quite a buzz as their calves are hitting the ground.  7JE1528 DISCO daughters seem to be very aggressive, have wonderful strength and openness of rib, and they definitely standout in the group pens.  In addition, there have been a few DISCO daughters who’ve made the news as they’ve sold really well in some high profile sales.

14JE725 CASINO is the Regency son from the Circus maternal line and his calves are flat fancy with awesome rib! Expect to see a few CASINO daughters on the colored shavings in the future, all while bringing balanced production to the equation, along with this fancy type!

I’ve only seen a couple 14JE760 KINGSTON daughters, but they have been clean-boned, sharp-cut, long calves.  With his high ranking, I’m sure some KINGSTON daughters will be topping a few sales in the near future!

We’re a week away from new August proofs, and I have a few bulls that I’ve got on my “watch list” to see what they’ll do.  I’ve really liked the fresh daughters of 7JE1447 SEVEN.  This All West-bred bull from Jer-Z-Boyz is really stamping out consistent daughters who are moderate-sized with well-attached udders.  And as a bonus, from all the early reports, they seem to be performing well! 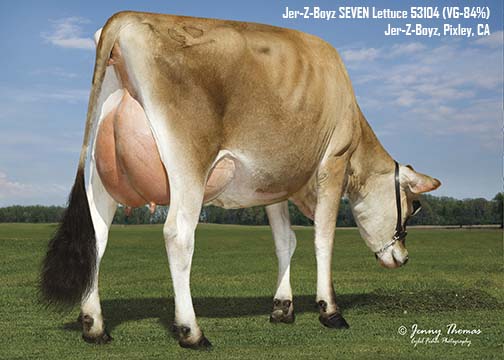 7JE1445 SAXON-P is making some standout daughters with shallow udders that are high and wide when viewed from the rear. 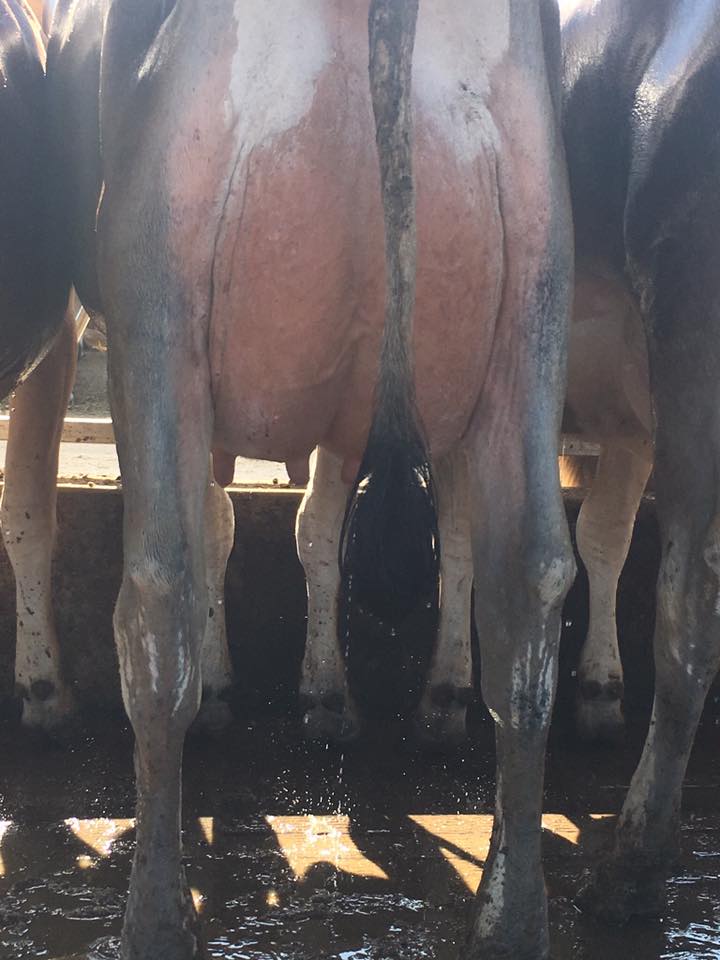 7JE5020 STRIKER and 7JE5021 SIZZLER are full brothers who have definitely been making the right kind.  We will have to see what the health traits end up looking like, but they are wet and have the good, functional type to make profitable cows. 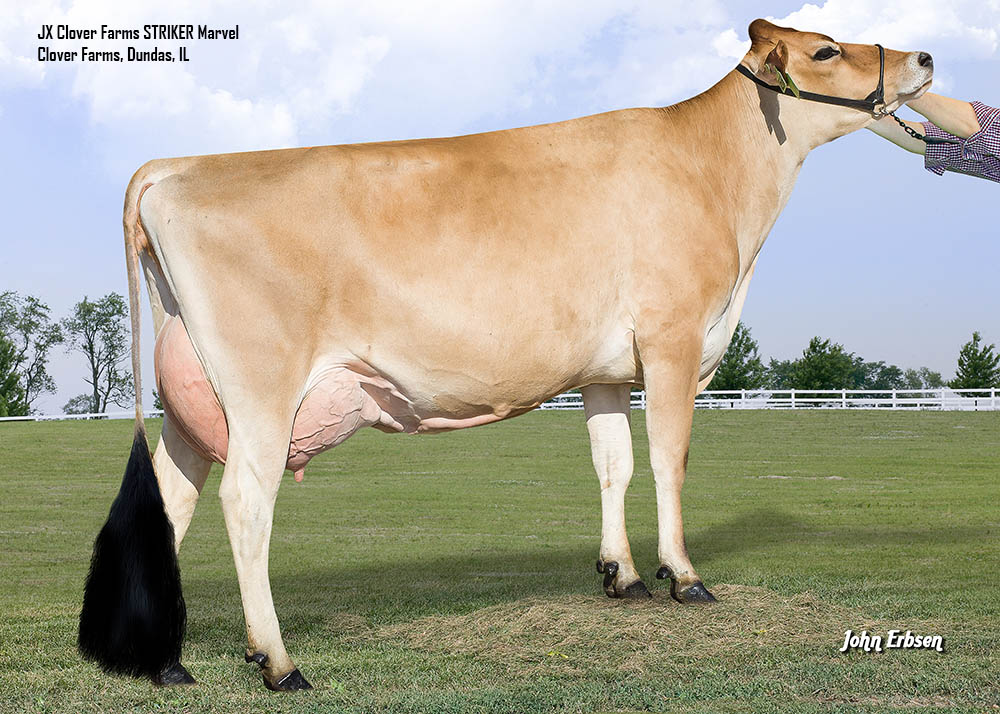 7JE5022 DETOUR is another bull whose daughters have impressed with high, wide rear udders and super feet and legs. 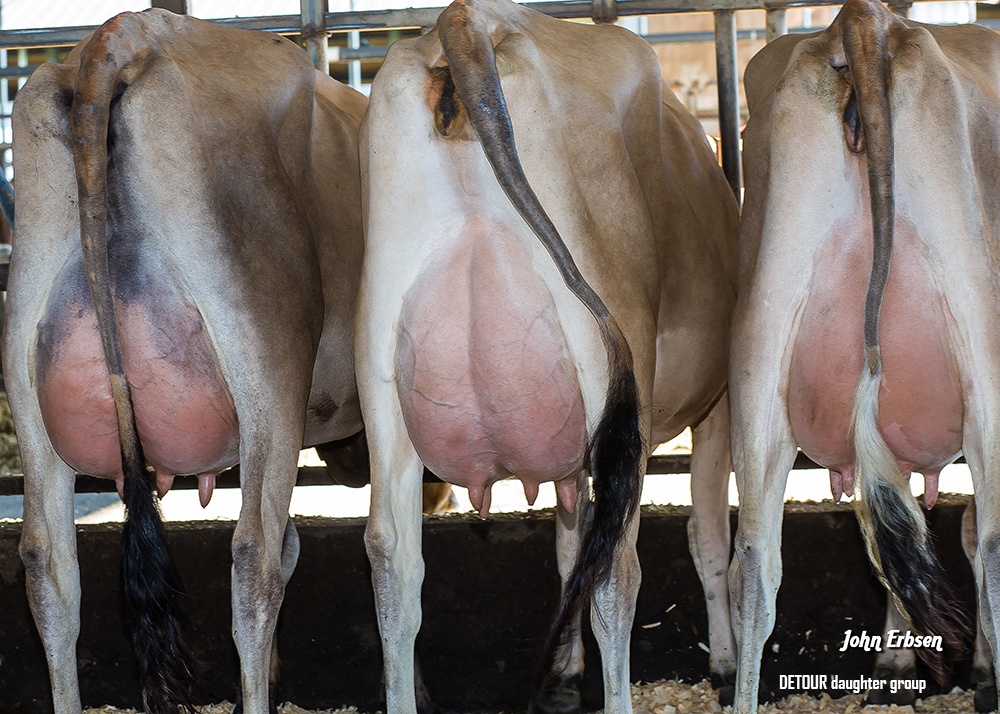 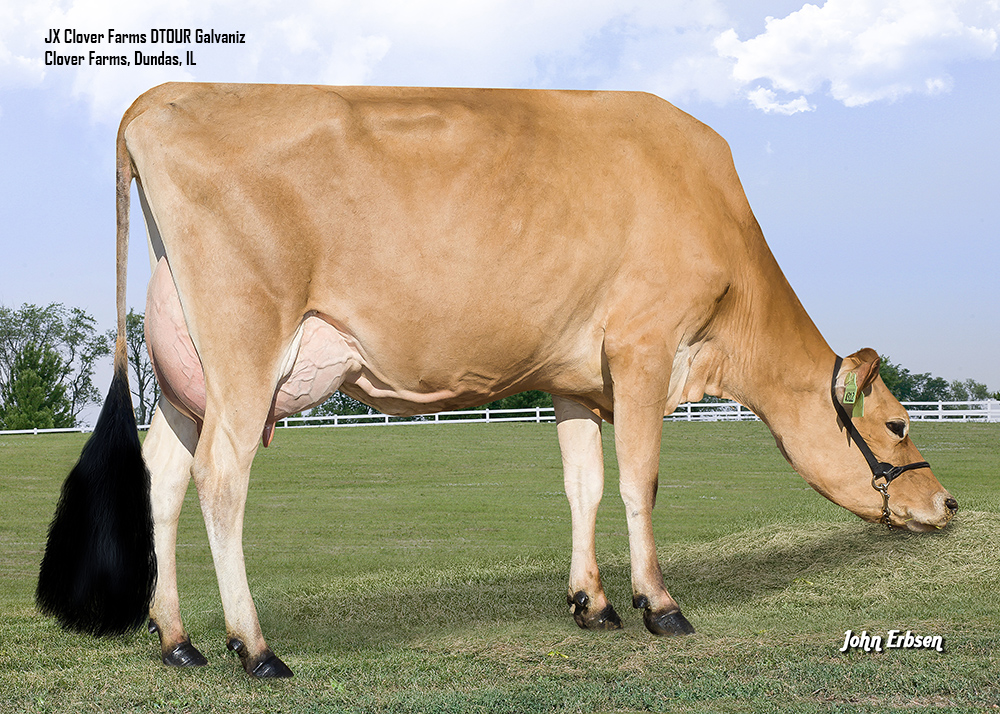 All the daughters of these bulls are passing the eye test, so now it’s just a matter of time to see who is performing the best so we can add more foundation greatness to our proven lineup of Jerseys.  Our combined list of 7J and 14J bulls definitely make life better…check them out for yourself!