A growing usage of semen isn’t the only thing making headlines at River Valley these days!  The farm is gearing up as they, along with Jersey breeders throughout the state of Illinois, host the National Jersey Convention (AJCA-NAJ Annual Meeting) June 24-27th.

River Valley Farm will be one of the featured farms on tour during the convention, so visitors will get a first-hand look at the immaculate show barn, as well as the highly efficient robotic milking barns.  Dams of River Valley sires will be on display, so the 7JE5000 series will definitely be in the spotlight! 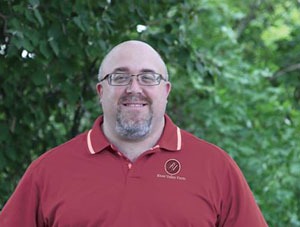 As far as “what’s making the news” these days, Director of Sales Michael Hurst took time to fill us in!

“I just wanted to update you a bit on what’s happening at River Valley Farm these days.  We continue to be happy with how the 7JE5000 series bulls are selling in the All-West area, and are extremely grateful to you, our customers, for valuing these great genetics.  So thank you from all of us here at RVF.”

Now on to a quick bull update:

“7JE5004 CHROME continues to lead the RVF lineup in sales for both conventional and sexed semen. His elite JUI (29.90), solid production profile and deep cow family makes him a bull that can easily work in 50 and 5,000 cow herds alike.  To add to his excitement, CHROME now has 10+ daughters on the ground at River Valley. You won’t be disappointed!  They are long, dairy, correct and even have a touch of style to them.  They will be on display at the AJCA convention tour at RVF.” 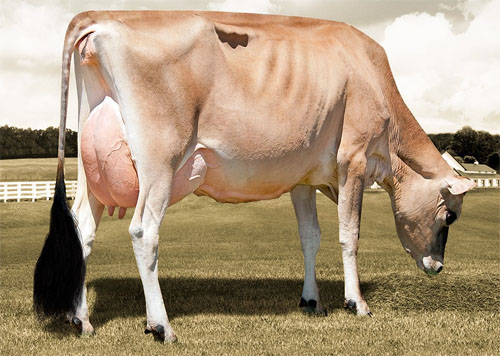 “There will also be calves out of 7JE4003 MY O MY, 7JE5007 TRANSFORMER and 7JE5014 NAVIGATOR on display during the convention as well.  In fact, a couple of special MY o MYs look like they will make the RVF show string later this summer.  If you can’t make it to the convention or a show this season, be sure to keep up with pictures from all our events on our River Valley Farm Facebook page.” 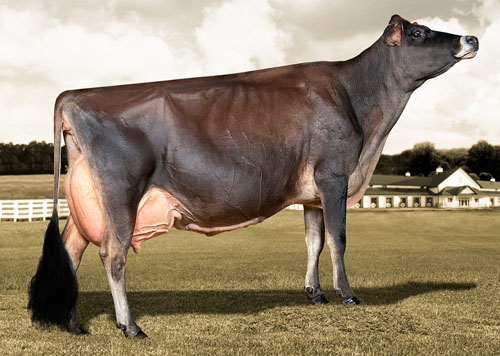 “Sexed semen from the 7JE5000 series has helped many All-West reps keep up with the demand this spring and heading into summer, our supply remains solid.  We have sexed product available on CHROME, MEGAPOWER, MEGASHOT-P, MEGASCORE, NEGOTIATOR, TRANSFORMER, SHOWDOWN and MY O MY.”

“One final note for those of you who work with Don Davis of Hilmar, CA…be sure to tell him congratulations and tell him to take lots of pictures as he joins us in June during the convention.  Don was the lucky winner of a River Valley Farm Contest and will be headed to Illinois next month.”

Again, our sincere thanks for your business!  We appreciate working with the outstanding breeders in All-West territory.  Be sure to visit our website if you’re looking for more information or have additional questions – www.rivervalleyfarm.com.”