Hello all! I hope winter has been great to you and everyone is ready for another great spring and summer! I want to take a few minutes of your time to let you know what the Select Sires Jersey department has been seeing as we have traveled throughout the country and several times to All West Territory since the last sire summary evaluation in December.

7JE1699 JX PINE {6} continues to make the right kind of cows that customers are loving to milk! They have awesome fore udders with extreme rear udder height and they carry their udders well above the hocks. I believe from all the daughters I have seen so far, they will be just like the 7JE5004 CHROME and 7JE1344 MATT daughters and PINE will be the next go-to proven bull that gives customers super Daughter Pregnancy Rate (DPR) with awesome fertility that breeders continue to demand. 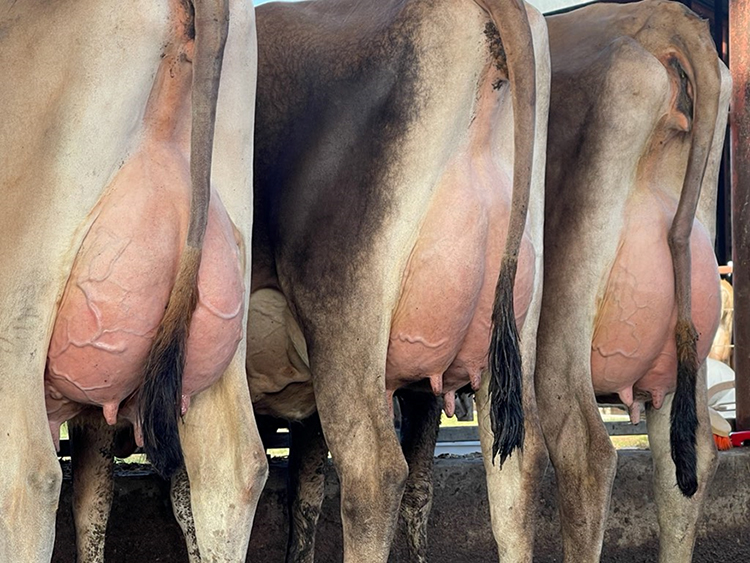 7JE1638 RESPECT, bred by our partners at Jerseyland Sires in Hilmar, CA, is another bull that is making super shallow udders with great attachments. With his nice Jersey Udder Index (JUI) at +13.2, awesome mastitis data including a whole +1.0 on CDCB mastitis, and super Somatic Cell Count (SCS) at 2.62, he brings some much-needed traits to the breed to continue the Jersey Revolution. 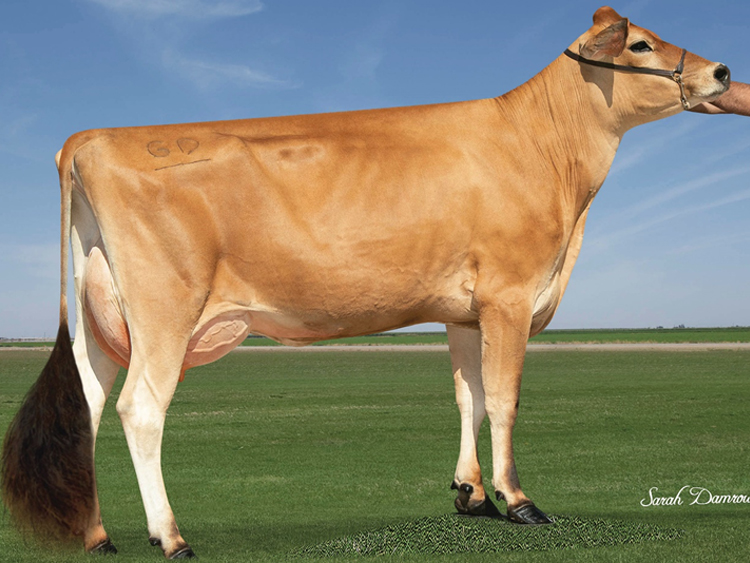 7JE5052 CLOSER continues to produce daughters that stand out in large herds for their uniformity with balanced udders. He is leading the breed for Zoetis Mastitis at 109 and also carries the Mastitis ResistancePRO  designation.

I just got back from South Dakota where I saw my first 7JE1719 JX ADAMA {6} daughter fresh for the second time. If they all turn out like her, I think we will be talking about him a lot more as time progresses. 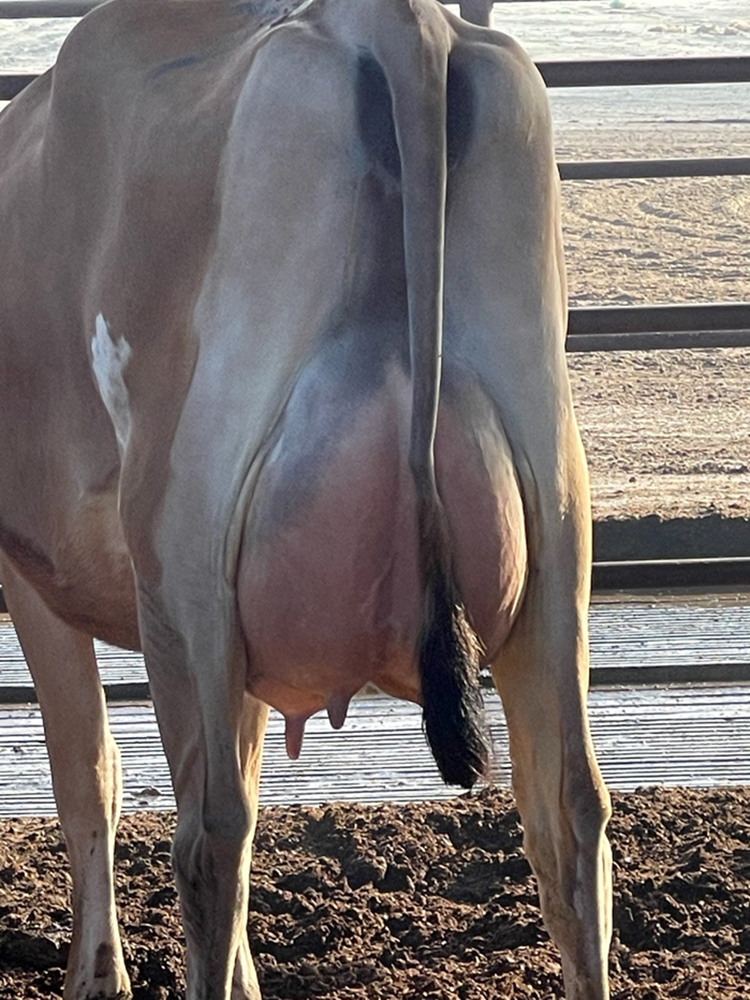 14JE769 JX STONEY {3} daughters continue to mature and develop into profitable older cows with strength, great feet and legs, and shallow udders that add to every producer’s bottom line. 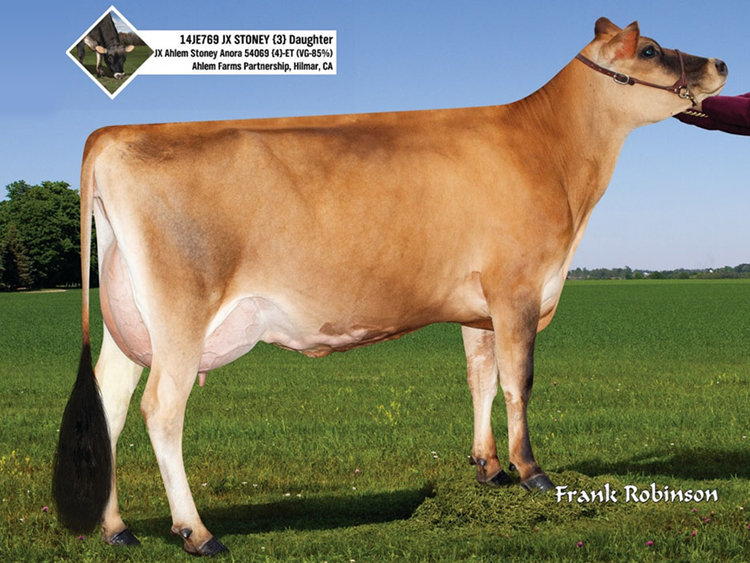 As for genomic young sires, man there has been several great sire fathers released in the last few months that I hope you have found!  507JE1985 GEPPETTO {6} is the highest Genomic Jersey Profit Index (GJPI) young bull we have released at +153 and he has a unique sire stack for those traditional Select Sires herds. Sired by 7JE1657 MIAMI, 507JE1987 PATRONUS is another Jerseyland Sire developed young bull that has super flow. I sure have liked the young daughters I have seen and we expect him to have a daughter proof in April 2022. 507JE1930 DABO-P had a dam that went excellent last fall (seen below) and still ranks at the top of the list, bringing extreme health and fitness traits to the breed from a pedigree that is unique and deep. Make sure to look at new releases 7JE2023 UNCOMMON, 7JE2007 JX BESTBALL {5}, 7JE1965 BLIZZARD and 14JE1924 JX PHIL {6} as all of these sires are released in both conventional and sexed form and were used as sire fathers for the next generation. 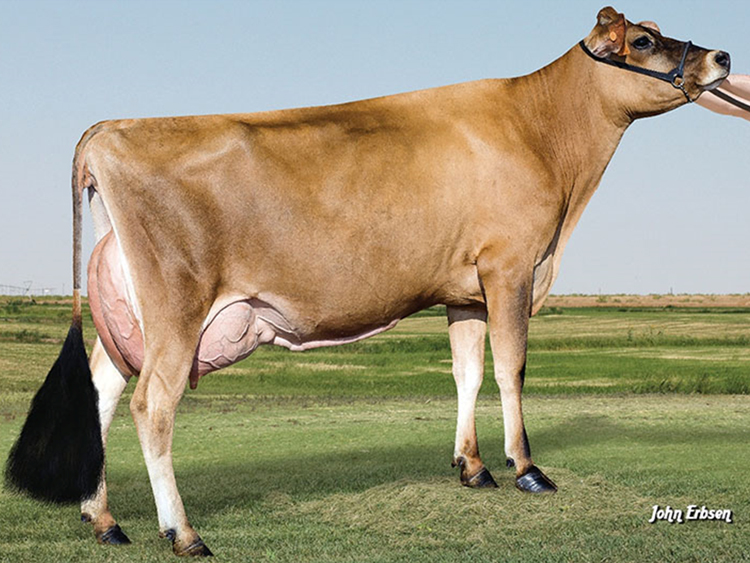 As we move into summer, make sure you look at pair of maternal brothers 550JE1947 JX CORSAIR {5} and 614JE1955 JX CORDOBA {5} as these two bulls have set a record in the fertility trial at one heifer ranch the last couple months. They both bring some awesome traits in GJPI, Cheese Merit (CM$), strength and JUI to the breed with what looks like great fertility!

Stay tuned for much more exciting information to be released on these bulls and more during the April 2022 Sire Summary, taking place next week!

I hope everyone has a safe and joyous Easter and I look forward to visiting with several of you as we travel this summer. Thank you!