Last Chance to Use Legendary Sire 7AN388 NIAGARA

Now is your last chance to move your cow herd to a higher level of performance with genetics from the legendary 7AN388 NIAGARA! 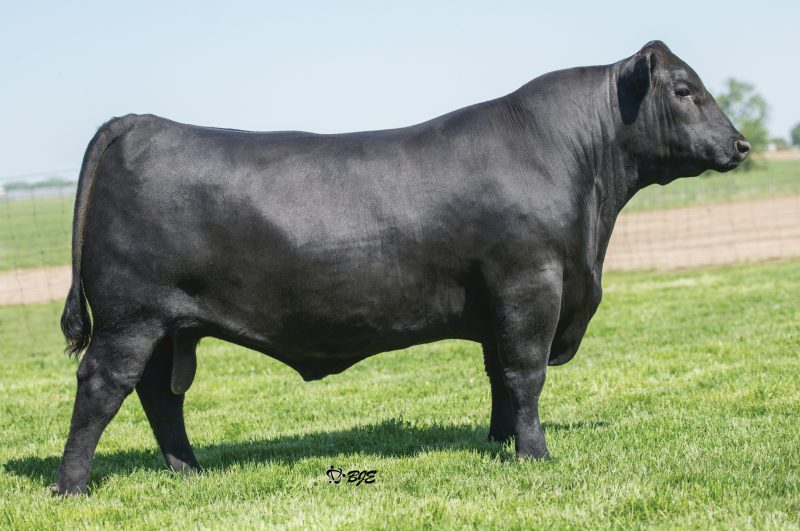 Purchased from Stewart Select Angus in Indiana and tested through our young sire program, NIAGARA’s influence was quickly recognized through his ability to transmit high growth and high Ribeye. Our commercial customers quickly took advantage of NIAGARA’s genetics, generating calves with more pounds and more muscle and he became established as a go-to sire for high performance sons and daughters.

NIAGARA progeny were favorites at the Indiana Bull Test where his get-of-sire won the gain test a total of four times – and one of his sons won the test as well. Many sons and daughters have worked in cow herds in every corner of the United States. His daughters are big-bodied, wide0based and powerful with quality udders, while his sons are working in studs and purebred operations alike.

Stewart Angus Ranch commented, “He has over 4,200 genomically tested progeny, over 6,800 birthweight records, and almost 1,000 milking daughters on record to date. We knew he was special when he left our farm to head to stud. We are blessed that he was, and still will be, a breed changing bull for the American Angus Association.”

Sires like NIAGARA don’t come along every day. Select Sires is fortunate to have had this influential bull as a member of our beef lineup for such a long time.

He produced more than 365,000 units of semen in his lifetime, however due to his passing in January at just over 10-years-of-age, supply is very limited in All West Territory. Contact your All West Beef Sales Representative as soon as possible to get this influential bull in your tank for the last time!