Man in the Mirror

Has it happened to you before?  You might be reading a story about a dairy and think to yourself, ‘I’ve faced those same struggles.’ Or, ‘That sounds a lot like me!’

Sometimes the only thing that differentiates us is geography.  As dairy producers, we face the same basic challenges, and reap some of the same basic rewards.  And so as the All West Select Sires group made its way to Madison, Wisconsin for World Dairy Expo this year, we went on a farm tour to Elkhorn, Wisconsin where we caught up with the Hurtgen family and learned we really aren’t so different after all.

They could just as well be All West Select Sires customers because it’s a fairly familiar story!  Leo and Karen Hurtgen got married and started a small registered herd in Elkhorn that Leo managed while Karen developed a stunning art business.  They raised three children, Leah, Adam & Emily, who have all gone on to achieve great career success.  Leah is a partner at a law firm in Madison, Emily is a project manager for the Hennepin County Medical Center in Minneapolis and Adam is a partner in the now expanded Hurtgenlea Farms with his parents.  Leah married New Yorker Tim Ziemba, who moved to the farm and works with Leo & Adam.  Tim & Leah own cattle under the Ziems prefix, with Violet Hill as their farm name.

That’s not so different.

The Hurtgens have grown their herd to 145 cows and that’s where they’ve stopped, basically because that’s where they’ve had to stop.  “We don’t have enough land to grow what we need,” said Adam.  “We can’t expand any larger than what we are right now because we’re landlocked.  So we have to always look for creative ideas that can add value to our farm.”

On the forage side of things, this means that the Hurtgens double crop to get more homegrown forage, planting winter rye and then corn silage.  They also purchase some great feed from the neighbors.  “We run a 60% forage diet,” Leo explained.  “What we buy needs to be made right and made the same every time.  We actually buy from a local guy so that saves us on trucking costs and helps support the local economy.  He’s like us in our belief that precision crop farming is the key.  The smallest things can have the biggest effects.  For instance something as minute as the processor setting on the chopper.  If you think about it, you’re making a year’s supply of feed in just one day.  Paying attention to a seemingly tiny detail like the processor size can make a huge difference in your entire year.  The crop industry is just as intricate as the genetics industry, and decisions made can have just as much of an impact on the bottom line.”

The other way that the Hurtgens are trying to get more ‘output’ with the same ‘input’ is through milk quality.  The herd average on 145 cows is now 26,000 pounds of milk, which is up 3000 pounds in just one year.  “We lowered the days open and shortened up the time of first breeding,” said Adam.  “We strive to produce the highest quality milk to capture top premiums as well.”  In fact, the farm was featured in their co-operative’s commercial (Oberweis Milk from Jewel-Osco) that ran on YouTube and you can see it at:
https://www.youtube.com/watch?v=KlfD7P-ODH4&feature=youtu.be 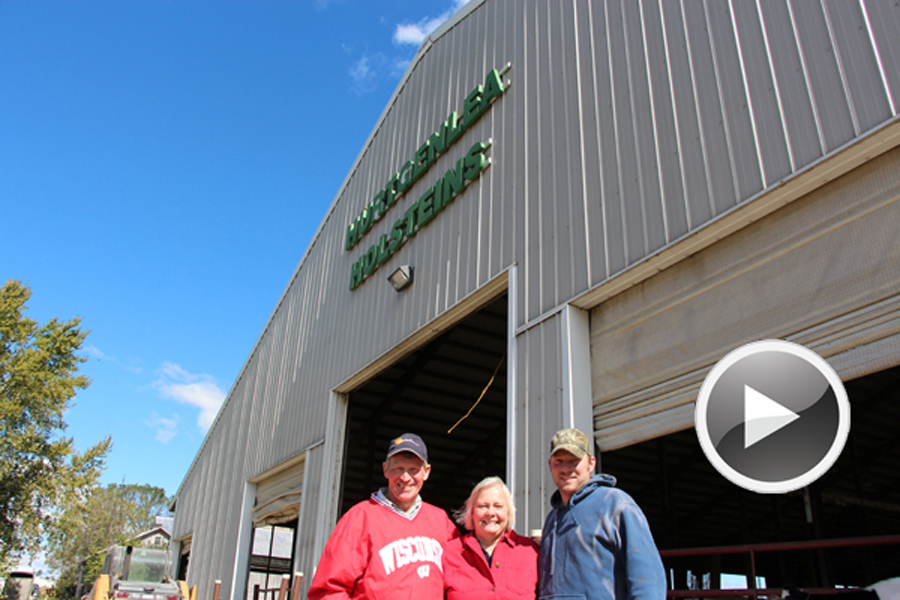 It was a picture-perfect fall day in southeast Wisconsin as the All West group dropped in on Leo & Karen Hurtgen, and their son Adam.

They’re committed to making a quality product because it pays in dividends AND in public perception…again, not so different.

They also focus a lot of their time and effort on herd genetics and have had a long-standing relationship with Select Sires.  “When we first started investing in the Aggressive Reproductive Technology (ART) program, we wanted to keep the Select Sires mantra of working with good cow families,” explained Genomics Program Manager for Select Sires, Jeff Ziegler.  “The Marissa family at Hurtgenlea was just such a family.  One of its members, Hurtgenlea Ramos Merci, was really intriguing as the highest Ramos daughter in the breed.  It was a logical choice for us to invest in the family, and from that initial investment, we started the family that was built to make today’s superstar, 507H13195 PROFIT!”

“We don’t mind spending more on semen and embryo transfer work because we know it will improve the next generation,” Leo explained.  “By working with our best proven family, the Marissas, the return on our investment is almost always guaranteed.  That family produces the kind of cow we want to milk – high scoring, high producing and long lasting.  So find what you want to capitalize on in your herd.  We all have cows and cow families that will transmit exactly what we want.  The key is to find those cows and focus intently on their genetics.”

So is there an advantage to creating offspring like that?  “Sure!” says Leo.  “An example of our genetic program success is a flush of a Supersire daughter to 7H12266 Yoder which resulted in two bulls going to A.I. and a heifer who’s currently the #1 Net Merit Yoder daughter, Hurtgenlea Ydr Modesto-ET.” 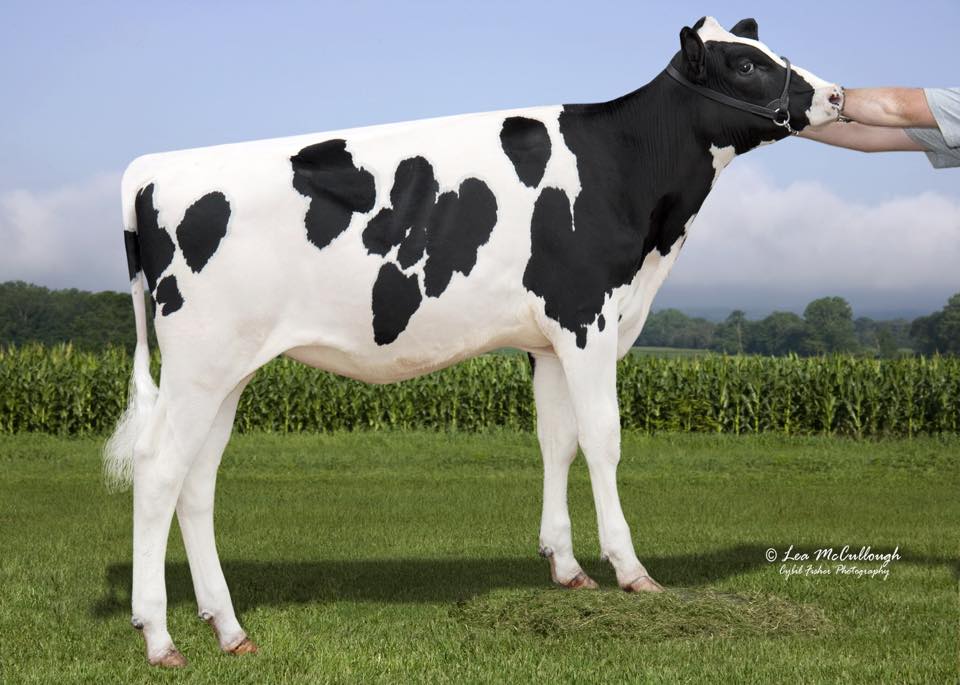 Modesto has been in the spotlight since racing up the charts with her 924 Net Merit dollar ranking.  Visitors from all around the world have called, emailed and visited the Hurtgens in hopes of working with this young, special heifer.  “We’ve also added polled and red genetics to the Marissa family which may lead to a uniquely marketable pedigree in two-five years.”

Another example of their return on investment strategy is selling bulls locally as herd sires if they are genomically tested for A.I. but don’t make the cut.

Not so different either.

The great thing about spending time with Leo and Adam, or any of the rest of the family, is that you get the same, genuine commitment to this dairy industry that we see across our All West territory.  These guys love their cows.  They’re challenged with a land shortage.  They’re trying to figure out how to juggle expenses to keep the entire family involved.  They want to breed the next generation of cows to be better than this generation.  They’re always thinking and problem solving.  And every once in a while they get to stand back and appreciate where they are and what they do.

And that’s definitely no different than in our neck of the woods! 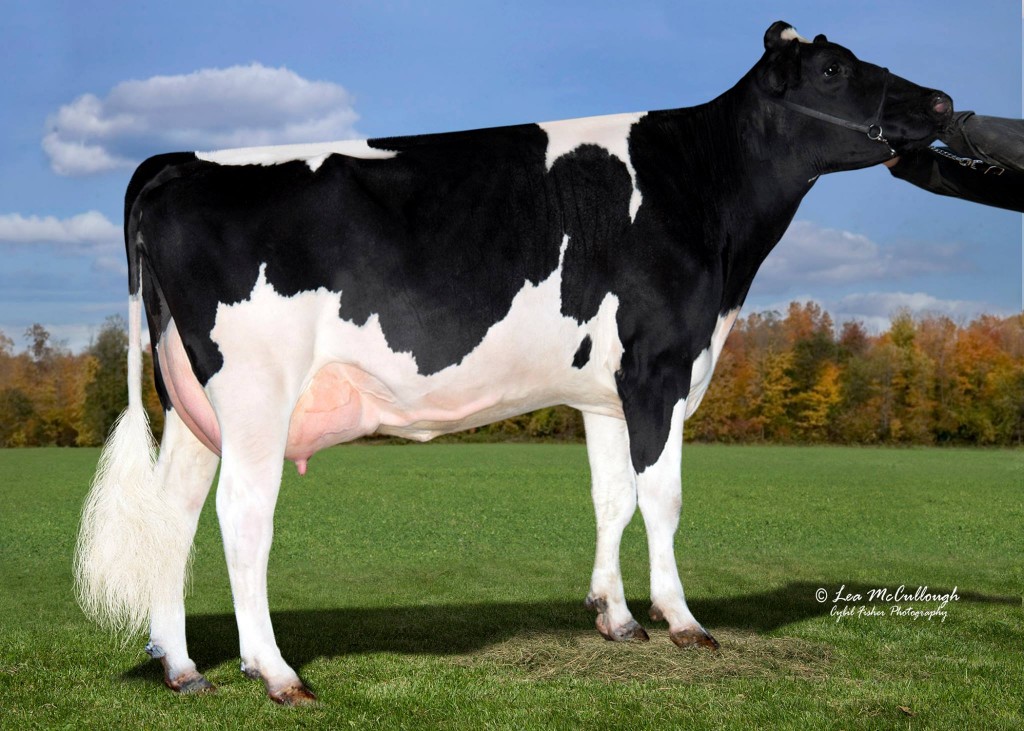 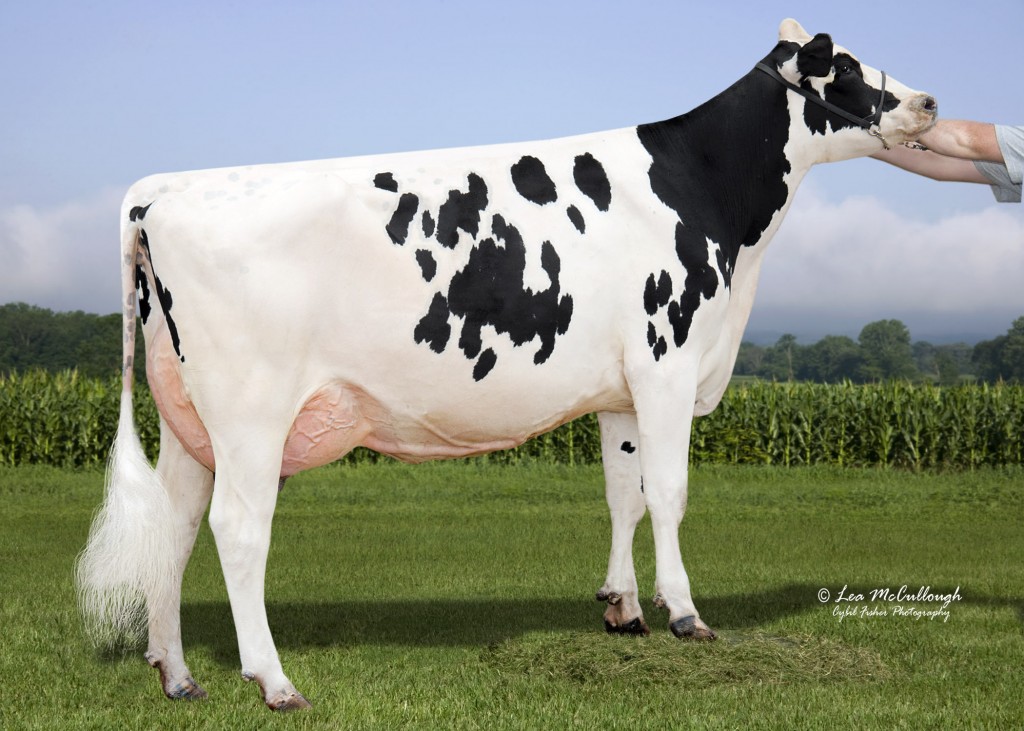