The Select Sires Jersey Revolution continues to spread across the world as the little brown cow becomes more dominant. In All West Territory, where efficiency and sustainability are at the forefront of many west coast dairy conversations, the Jersey cow has become especially popular.

Although Jersey cow numbers are on the rise, there is one region in the heart of All West Territory where brown cows are more of a tradition than a trend. Hilmar, California is known for many agricultural resources, especially Hilmar Cheese and the Jersey cattle who produce it.

The “jersey land” of All West Territory is home to many of our great customers, including Wickstrom Jersey Farms, Inc. The Wickstroms aren’t only passionate about raising good cows but breeding great sires, as well. The family is most well-known as the breeders of 507JE1569 AVON KLAY {3}-P and 507JE1570 STEPH{3}-P who have been heavily used in All West Territory and beyond.

Their desire for good genetics started many years ago when the use of artificial insemination had just begun. Dwayne Wickstrom and several local dairy producers residing in California’s “jersey land” would venture to New York in search of Jersey bulls to breed their cows to. Once they purchased and brought the bulls back to the west coast, they would collect semen from them and share it among their herds. At the time, they were not a formal organization, but simply wanted to use better bulls. Coming together in partnership was the best way to purchase bulls and collectively reap the benefits. As other local Jersey breeders started to notice this partnership, they became interested in joining as well. The small group began approving more members and therefore gaining additional funds and power to buy more bulls and collect a greater supply of semen. As a result, Jerseyland Sires was originated in our own backyard over 35 years ago! Since then, the organization has continued to grow and partner with other A.I. studs, including Select Sires Inc., in fall of 2015. 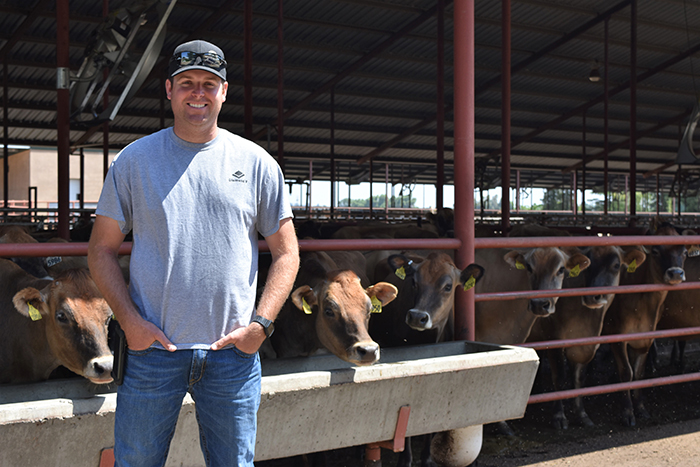 To this day, the Wickstroms are heavily involved in Jerseyland Sires. Dwayne’s son, Mike Wickstrom, is currently the president of the organization and Mike’s son, Brent, serves on the sire committee board which meets regularly to pick bulls to test and make other decisions on behalf of the Jersey producers.

General Manager of Jerseyland Sires (JLS), Tyler Boyd, praises the Wickstroms for their service. “Their willingness to take time away from running the dairy to help provide direct input on what JLS is doing and where we’re going makes my job much easier, and really strengthens the partnership between JLS and Select Sires. One of the advantages JLS has is that we’re farmer-driven, and we have to buy and create bulls that will get used in, and whose daughters will succeed in, herds like the Wickstroms’. It’s a great test to make sure we’re making the right decisions.”

Brent added, “Being a member of JLS has been beneficial because we have been able to create and market bulls that we think will be beneficial not only in our own herd, but herds around the country.”

Besides being an important member of the Jerseyland Sires team, Brent Wickstrom was named 2018 Young Jersey Breeder in February. His dad, Mike, and uncle, Scott, both received the same award in the late 1990s. Brent’s grandfather, Duane, started milking cows at a rented facility in 1967, before moving to their current facility in 1973, where he first milked 800 cows. In the late 1990s, the family added freestall barns to their dairy, followed by the addition of a 60-stall rotary milk parlor complete with flow meters to measure daily milk weights and RFID tags, as well as housing for up to 1,900 cows in 2008. 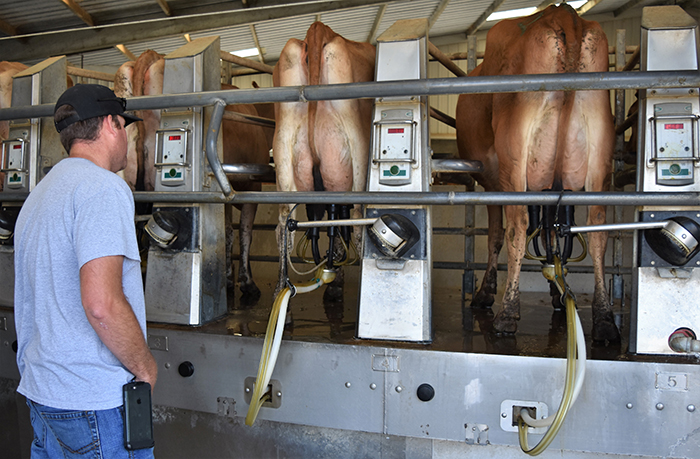 When Brent graduated from Cal Poly, San Luis Obispo in 2013, he began milking even more cows and built a new special needs barn on the dairy. Wickstrom Jersey Farms, Inc. is currently milking 2,400 cows and is nationally ranked in the Top 5 for Milk, Fat, and Protein for their herd size.

As genetic enthusiasts, it is no surprise that the Wickstroms genomically test the top 25% of their herd. What is a bit more intriguing is their experience as partners of Trans Ova Genetics. “We started using in vitro fertilization in the summer of 2014. We hauled animals down to Kasbergen’s dairy in Tulare, CA every two weeks for about a year and a half. However, I only did that for about two weeks before I started questioning the efficiency of the distance and immediately started working with Trans Ova to get our own lab built on our own facility,” Brent admitted. 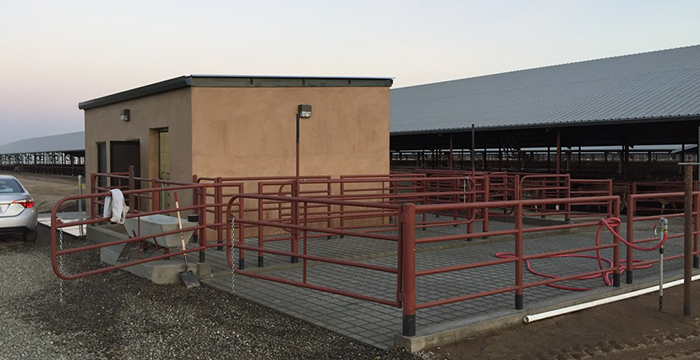 In October 2015, the Trans Ova Genetics satellite collection lab was officially completed at Wickstrom Jersey Farms, Inc. Today, the dairy IVFs cows every two weeks and transfers the embryos into recipients on the opposite weeks. They complete nearly 1,000 embryo transfers a year with the goal of making high genetic value females to market. “We try to make bulls with the really high ones or partner with Jerseyland Sires to market them,” said Brent.

Jerseyland Sires is appreciative of this partnership for many reasons. “The Wickstroms have always placed a strong importance on breeding high producing cows who excel in a competitive environment. In recent years, they’ve doubled down on their genetic focus and have accelerated genetic progress through IVF and flushing, and when Jerseyland started our Primus program, they were one of our first partner herds. Two of our first genomic standouts, 507JE1569 AVON KLAY{3}-P and 507JE1570 STEPH{3}-P, bear the Wickstrom’s ‘Dupat’ prefix as a result of this partnership – the result of taking one of their best cows and enrolling her in the JLS female program. As the manager of JLS, I couldn’t ask for a better buy-in than that. We’ve also continued to buy bulls for the JLS-SSI lineup from Wickstrom Jersey Farms, and there are some very exciting young bulls in the pipeline that I believe are going to make a splash when they hit the lineup,” said Tyler Boyd. 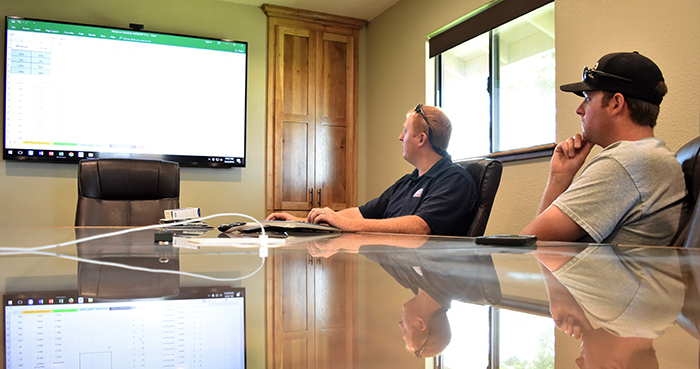 Aside from taking advantage of the latest industry technology to produce the best cattle possible, Wickstrom Jersey Farms, Inc. also heavily relies on the All West/Select Sires team to ensure they are making the most efficient and profitable decisions in managing their dairy operation.

Brent has most recently taken advantage of tools such as All West’s Optimal Genetic Pathways service. The All West team regularly performs audits of the herd’s reproductive records, cow and heifer inventories, as well as evaluates each animal’s genetic value to determine the best possible genetic pairing. “Being an All West customer has many benefits. The relationship has allowed us to access different tools like Optimal Genetic Pathways and RePRO Review that make breeding decisions clearer, as well as the ability to compare our breeding numbers to similar herds to see opportunity for improvement,” said Brent. 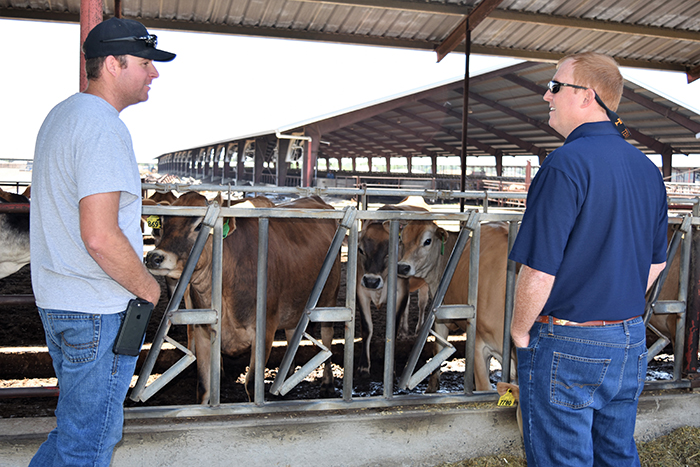 The mutually beneficial partnership has combined the best of innovation and technology for All West/Select Sires, Jerseyland Sires AND Wickstrom Jersey Farms, Inc. “Jerseyland and All West are both rooted in the idea of breeding better cows to create a more efficient and profitable operation, which have been two of the main goals of Wickstrom Jersey Farms, Inc. for the past 4+ decades, but are even more important today with the current climate of the dairy industry,” said Brent.

As President of Jerseyland Sires, Mike Wickstrom added, “The partnership with Select Sires Inc. and Jerseyland Sires has created a strong marketing and distribution partner for our Wickstrom Jersey bulls going into the system through JLS. Access to SSI programs such as Select Reproductive Solutions (SRS) and RePro Review have helped us fine tune our breeding programs. Support from the All West staff, especially Brad Barham and his team, and services like Optimal Genetic Pathways have enhanced our genetic gains and supported our IVF program. All the above holds true for JLS as well. As all member herds of JLS genetically advance, so do the sires entering the system.” 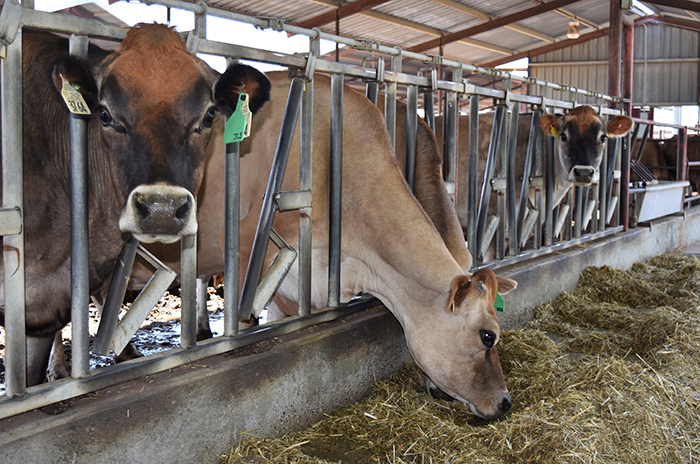 As the Jersey Revolution rolls on, we are thankful to have “jersey land” in our territory and the progressive-minded members of Jerseyland Sires, as our partners. Together we not only work toward common goals for the breed, but continue helping customers like Wickstrom Jersey Farms, Inc. maximize their profits by supplying them with elite genetics.