Select Sires is saddened to announce that 7HO13250 S-S-I Montross JEDI-ET (EX-93-GM) passed away last week. In August 2015, JEDI made his debut as the industry’s No. 1 GTPI® available young sire and he ranked within the breed’s top-10 when he graduated to Select Sires’ daughter-proven lineup in August 2018. The mating of his unproven sire father and young, unfresh dam, made JEDI’s pedigree unique at the time of his release. He was the result of Select Sires’ Aggressive Reproductive Technologies™ (ART™) program and his genetic superiority truly embodied the program’s mission to shorten the generation interval. 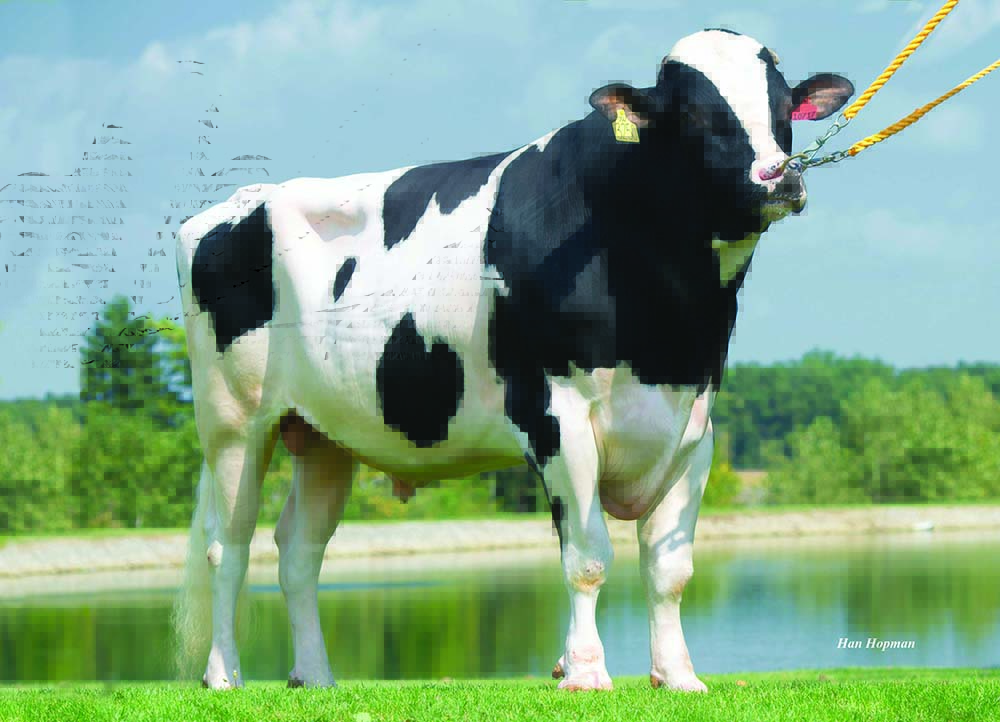 S-S-I Suprsire Miri 8679-ET (EX-90-EX-MS-GMD-DOM), JEDI’s dam, was a standout and selected as a potential sire dam at a young age. She has since lived up to those expectations with tremendous classification and production records. JEDI’s sire, 7HO12165 MONTROSS, was also very young but equally as impressive. Both Miri and MONTROSS had high genomic data and stellar pedigrees. Miri was a descendent of Roylane Shot Mindy-ET (VG-86-VG-MS-DOM) while MONTROSS was a son of Unique-Style Bolton Money (EX-93-2E-EX-MS-GMD-DOM). The proven performance of their dams and sires instilled confidence in the mating of Miri and MONTROSS.

“JEDI was an impact sire of his time, and his influence will carry on through his sons and daughters,” said Jeff Ziegler, vice president of dairy cattle breeding at Select Sires Inc. “Over the years, Select Sires has been quite vocal about our belief in good cow families and science. JEDI was the result of both strategies. Genomic numbers combined with a spectacular pedigree to give us JEDI and his elite genetics have translated to many profitable daughters for dairy producers around the world.”

Today, JEDI has more than 26,000 daughters in 18 countries. He is one of only 40 active A.I. sires that transmits more than 2,000 pounds of milk and has a daughter count significantly greater than any other sire among that group. JEDI leaves behind a legacy with seven sons in Select Sires’ daughter-proven lineup and as the maternal grandsire of more than 55 sires. He has also been immortalized in one of Select Sires’ Impact Sires of the Breed prints. With over 600,000 units of lifetime sales and one of the fastest selling young sires in the A.I. cooperative’s history, JEDI has made his mark as Select Sires’ most popular genomic giant.