We’re bombarded every day.  With emails.  With voicemails.  With Tweets.  With Facebook and Instagram posts.  With regular “snail” mail.  The amount of information that we’re presented with each day is overwhelming and more times than not, we tend to ask ourselves the brutal, honest question of “So What?”

So here’s a “So What” question”  for you to think about.  So…what difference does a cow family make?  Are good bulls just the luck of the genomic draw these days?  Is there anything to the whole cow family concept?  Are we chasing a dream of developing long-standing, high performing cow families?  And most importantly, do they even matter anymore?

Following the April 2015 proof run, Select Sires was in a spectacular spot having the #1 GTPI bull in the U.S., 7HO11351 Seagull-Bay SUPERSIRE-ET and the #1 GLPI bull in Canada, 250HO1009 Mapel Wood BREWMASTER.  We asked the breeders of both #1 bulls one simple question…do cow families matter?   Here’s what they had to say:

If you’ve ever met any of the Andersen clan, you know that family is extremely important to them.  Alan & Norma Andersen, along with two of their sons and families, milk 2,000 cows in Idaho.  They are a humble, hard-working family that sees the power of cow families at work every day in their own herd and across the nation.  They also acknowledge that the resulting success of those cow families is due in part to careful planning and good bull selection. 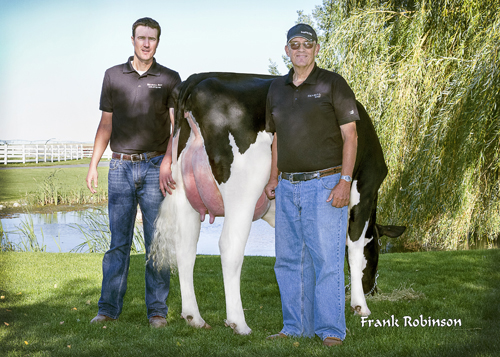 Seagull-Bay Dairy is home to 600 of those cows and is located in American Falls.  Andersen Dairy milks the remaining 1400 in Declo.  While most of the herd is crossbred, the Andersens do work with an elite group of Registered Holsteins and have enjoyed quite a bit of success with them.  Current herd sires include SUPERSIRE, MONTROSS, MAYFLOWER, JoSuper, Delta and Rubicon. 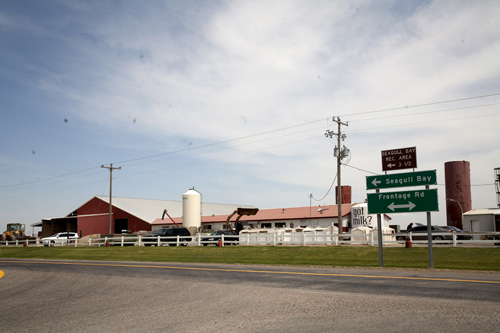 Greg Andersen took a few minutes to explain their experience with two very influential cows and how they have influenced the breed.

“Our breeding program with Registered Holsteins is focused on the economically important traits of high production and good fitness.  We strive to provide elite young sires to the A.I. market that will help increase the profitability of dairy producers who choose our genetics.”

“We believe in cow families, and not only do we want to merchandise offspring from them to others, but it’s one of our important foundations for using bulls on our own cattle.  We’ve been fortunate to work with two impact cows in the breed, and both have contributed quite a bit to our herd – Wesswood HC Rudolph Missy and Seagull-Bay Oman Mirror.  If you look at the current top three proven TPI sires in the breed (SUPERSIRE, MOGUL and ROBUST), all three are tied to one or both of these cows.  ROBUST is a son of Oman Mirror; MOGUL is from the Rudy Missy family, and SUPERSIRE is a ROBUST son from the Rudy Missy family.  What a great example of cow family power!  They are delivering reliable performance that ranks them as the best in the breed.  Beyond these top three proven bulls, there are also more of both proven and young sires from each cow that are having a positive impact on the breed.  To me, the cow families of both of these animals excel in transmitting high production and good fitness traits…the things that are most economically important.”

“While selecting from strong maternal lines is critical, we must also note the importance of choosing good sires for use in our herds.  Many times you’ll find high indexing heifers in large herd operations that are a result of really good sire stacks, and good bulls being used in the program for many years.”

SUPERSIRE raced to the top of the charts this past April and as Greg mentioned, he’s backed by two tremendous cow families.  The performance that you can expect from using this bull is also seen in his four, first-lactation sisters…all scored VG and all with over 30,000M and 1000F. 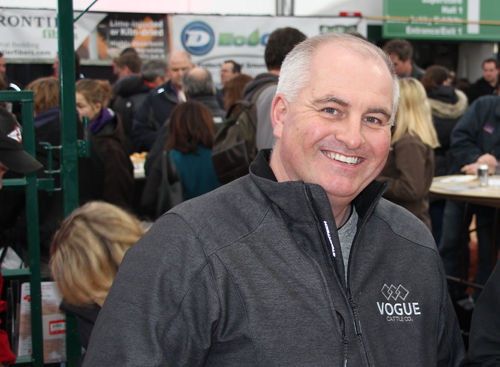 “Yes cow families matter!!!!” stated an enthusiastic Len Vis of Mapel Wood Farms, Jerseyville, Ontario.  Len should know as he and business partner Sean O’Connor of Ajax, Ontario, worked together to achieve a long-time dream of breeding the #1 LPI bull in Canada.  But just as cow families are built over time, Len’s journey of owning his own herd was a step by step process.

“My father bought Mapel Wood Farm in 1955, and I returned home to work with him full-time in 1990.  At that time, we were farming 200 acres and milking 50 cows with an average production of just over 19,000lbs. of milk.  We had 1 EX, 23 VG and 30 GP cows in the herd.  As time went on, I became more focused on developing the cows I had at home and thinking about ways to grow outside the herd we had in Jerseyville. Over the next four years, I managed to buy out my father in the business, as well as two brothers.  My wife Tracey and I got married in 1993 and have had three great children together – Jeremy (19), Zach (17) and Eden (11).”

“Life changed in 2006.  I was ready to do more with these cows.  I had watched some of the great cow men before me work with individuals and develop such amazing families.  It was time to dive in, so I managed to borrow $50,000 to buy breeding stock.  With that money, I invested into two cows that would change my world, Comestar Goldwyn Lilac (purchased with Sean O’Connor and Dave Eastman) and Gen-I-Beq Shottle Bombi.  We flushed them as virgin heifers, made babies and sold embryos, and beyond working with two outstanding cows, it was the dawn of a fantastic friendship/partnership with Sean and Dave.” 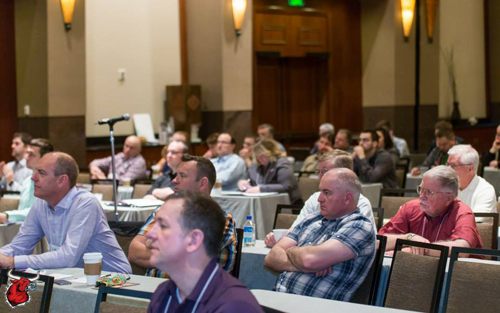 “The moral of the story is I have been truly blessed by God,” Len explained.  “I was given a gift that week when the opportunity to buy Lilac and Bombi came up.  Those two cows changed our lives.  I’ve been able to travel the world and meet so many great people because of them.  And honestly, it was the cow families behind each one that made me excited to own them.  To this day, if VOGUE is going to make a purchase, we always look at the cow family behind any animal.  Along with that, we carefully consider their sire stack and genomic values as well.” 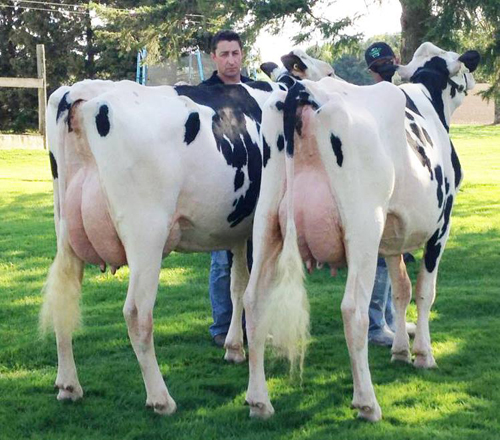 “There are more great sons and daughters to debut from both of these cows and I’m excited to see how they impact other breeders.  We are bombarded by a number of choices in the industry today, so why not take advantage of genetics that people have worked years in developing.  We’re not all going to study pedigrees, travel the roads to see daughters and spend late nights talking bulls.  But you don’t have to.  You just have to buy that unit of semen and the work is done for you!”

It’s interesting to see how investing in cow families has paid off for the breeders of SUPERSIRE and BREWMASTER, and not just in creating #1 ranked bulls.  The females that they’ve kept and continued to work with have not only impacted their own day-to-day farming operations, but have allowed them some flexibility and freedom to market worldwide to other breeders.  The “So What” in all of this is that investing in Cow Families does make a difference in the bottom line, for creating more profitable cows at home and beyond. 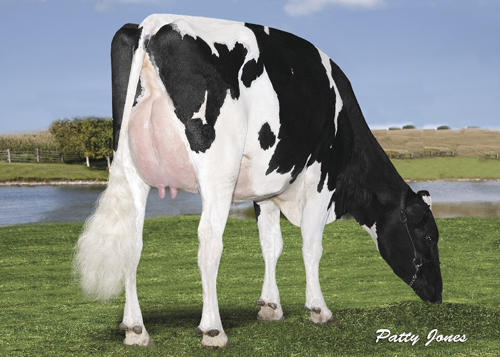 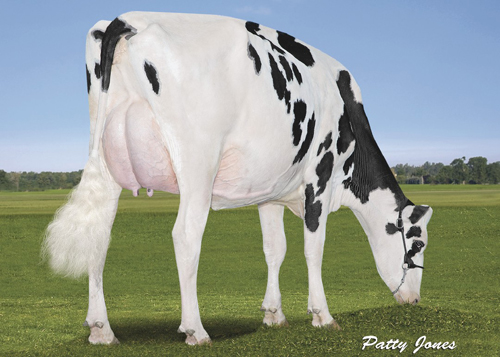