The Story of Our Lives

If you were like me, you heard a good share of family stories over the Thanksgiving weekend.  From reports of my cousins and brothers on the east coast, to kids telling tales about each other at a co-worker’s house, to hearing stories that would make your toes curl while in line at the grocery store…I learned pretty quick that EVERYONE has a story!  And some of them are pretty colorful.

At All West, we’ve had a story to share for the past 12 months, and as we head into the final few weeks of 2016, it’s a good time to look back at the 75 years of “All West stories” because they, indeed, have been the story of our life as a co-operative.

To capture 75 years of All West history seemed like an insurmountable task some two years ago.  In fact, even after talking about our history for 12 months, there are a lot of stories still yet to be told.  It was a great project for some of us All West “newbies” that didn’t know about the bull barns off Route 20 in Burlington, and didn’t know we had a stud code 13, and didn’t realize that grown men would tear-up from talking about All West meetings and their friends/memories they collected while serving on the Board.

No one told us our Annual Meeting in February would be the grandest of celebrations, including Walt Stornetta’s famous story-telling wardrobe!  No one said that our sales team would not only embrace the creation of our throwback All West Breeders hats, they would go through more hats than ever before!  No one warned us that by looking back and honoring those that went before us, that the new guard of All West is more energized than ever to carry on this family tradition.

The story of OUR lives is recorded, in part, on our All West website, www.allwestselectsires.com, in 12 outstanding video interviews, and three historical short films.  We hope that you’ve spent some time on the website this year visiting the VanMersbergens in their raspberry field, and Jerry Strandlund on his deck…sitting at the kitchen table with Cliff Bailey and in the sunroom with Dick Chichester…and even listening to the “old handsome” Portuguese legend, Lloyd Vierra.

We’re proud of the many men and women who helped us reach a legendary 75-year mark on history, and this includes not only those who work for us, but you…customers who put their trust in us!  Thank you for making this year “one for the record books,” and most importantly, thank you for being part of our story.

Have a very Merry Christmas! 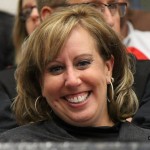