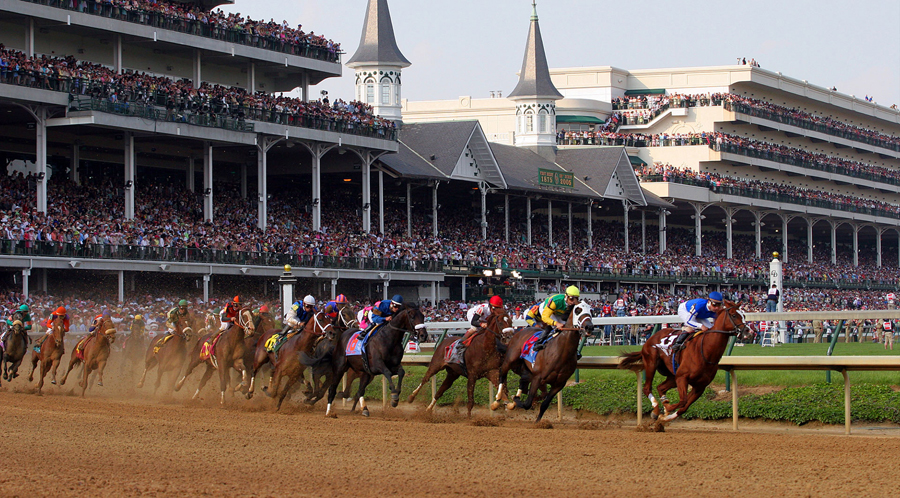 If you’re a fan of horse racing, you know that the greatest season is upon us; the running of three, distinct races to ultimately win the Triple Crown.  The first race, usually the largest, is the Kentucky Derby.  Loaded with traditions, fun, tours, parties, and of course hats, this race is one of the most publicized sporting events of the entire year.  The week leading up to the Derby has all kinds of events, side races, farm tours…you name it.  Everyone is playing and every horse with a decent track history is racing.  The field is wide open.

The second of the series is the Preakness, run in my home state of Maryland.  Because they want the event to be “just as good” as the Derby, there’s also a Preakness week that leads up to the race, with parties, seafood festivals, and yes, even more kinds of fashion!  This race is usually a little smaller because the Derby weeds out some of the weaker contenders.  But still, the attitude remains that any horse can win.  It may not be as “wide open” but the win is still up for grabs!

A few weeks later, the longest and most grueling of the Triple Crown races is held in New York, the Belmont Stakes.  At this point in time, the field of horses is generally quite small because it’s too expensive to participate for those who aren’t serious contenders.  And if there’s no shot of winning, or being the Triple Crown winner, what’s the point?  Granted, there’s still a lot of festivities associated with the Belmont, but the racing field itself is quite small.  Only the “big guns” are left.  Only those that are serious players in the game are loaded into the gates.

Every year, it begins as a big season, full of promise.  Owners, trainers, jockeys and fans are full of suspense and hope as their colors race for the finish line.  At each stage of this prestigious event, fewer and fewer horses can genuinely compete.

What’s that got to do with the A.I. business?  Everything.  We’re embarking on our own “big season” of summertime heat.  While most of our All West customers do an exceptional job with fans and cooling systems, there’s still a heat factor that we’re fighting.

At Select Sires, we like to think that we’re in “fertility” season, when every breeding matters even more.  With sinking milk prices and rising mercury, now’s the time when the big horses are left in the race.  Those horses that can run the longer race, and still finish strong.  Those horses that have passed the fertility trials, whose semen is above the standards that others deem acceptable.  Those horses that lead the way with SCR values and elite fertility sires.  Who are the big guns left?  The charts below seem like a reasonable betting sheet. 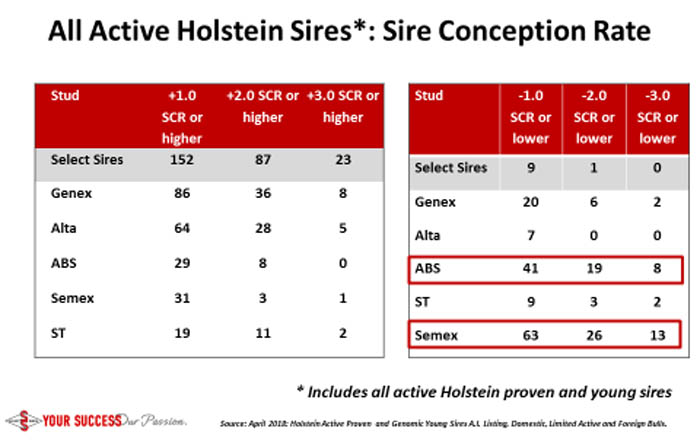 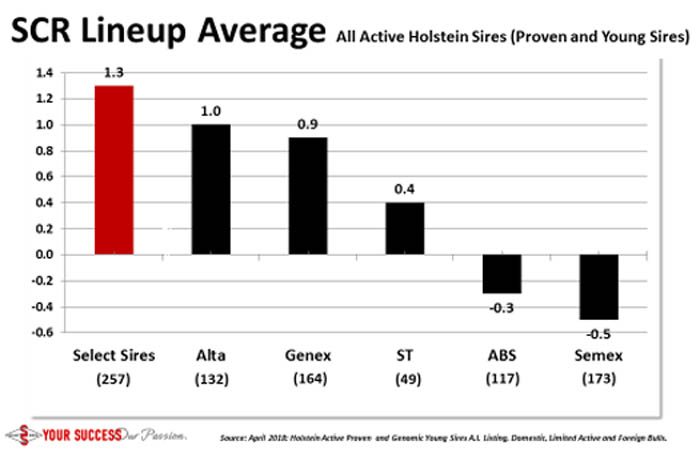 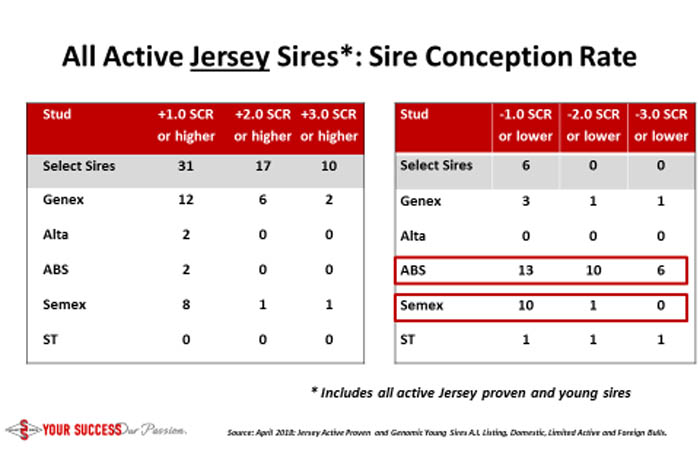 If you’re putting your money on a horse this summer to take you the distance, we’d bet on Select Sires.  We’d bet on those horses with the colors of “7”, “250” and “14”.  We’d bet on the thousands of records that we’ve assembled to base our fertility rankings on.  We’d bet on an educated and qualified team of salespeople and technicians that are highly trained to get the job done.

Now’s not the time to bet on a long shot or a new horse in the field.  You’ve got the power to win this Triple Crown of fertility….win, place or show, Select Sires is your winner!