Where Are They Now? – All West Legacy, Greg Schafer

All great things must come to an end, including legendary careers! Thankfully, once you are an All West Family member, you are part of our team for life! The retirees of All West/Select Sires remain an important part of our cooperative’s rich history, as well as a valuable tool to plan for the future.

In celebration of the All West/Select Sires 80th Anniversary this year, we caught up with some of our “All West Legacies” and provided you with an update in the form of their responses to seven simple questions.

We are concluding this 80th Anniversary series with All West Legacy, Mr. Greg Schafer! 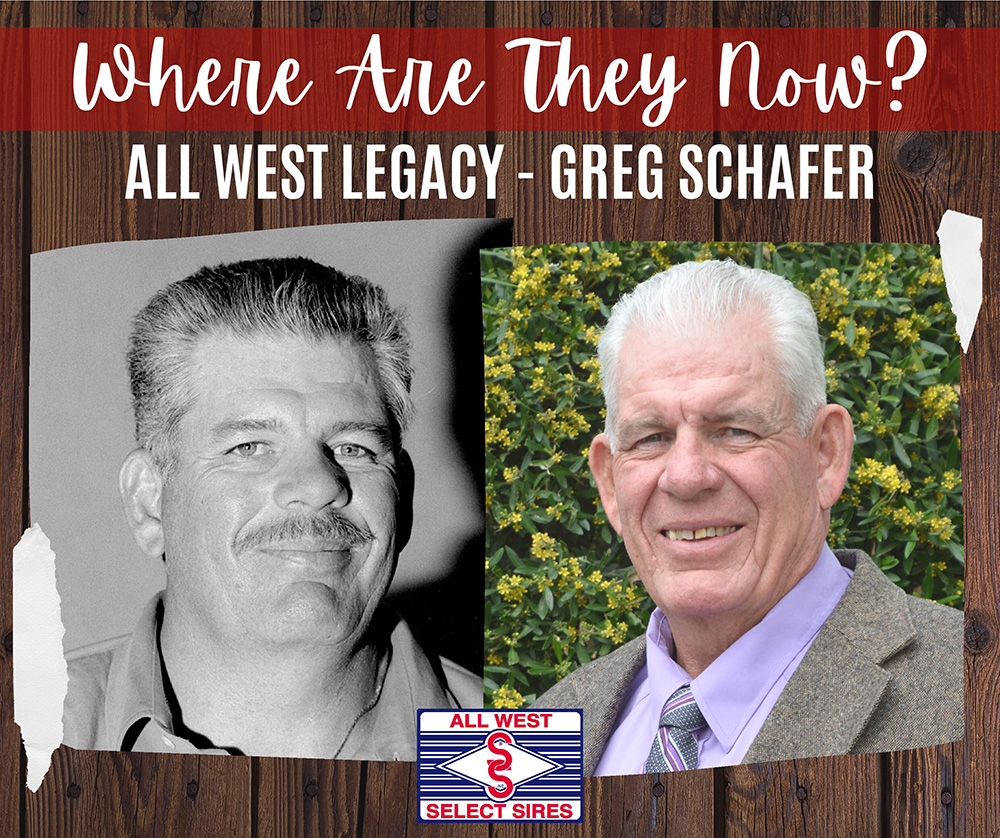 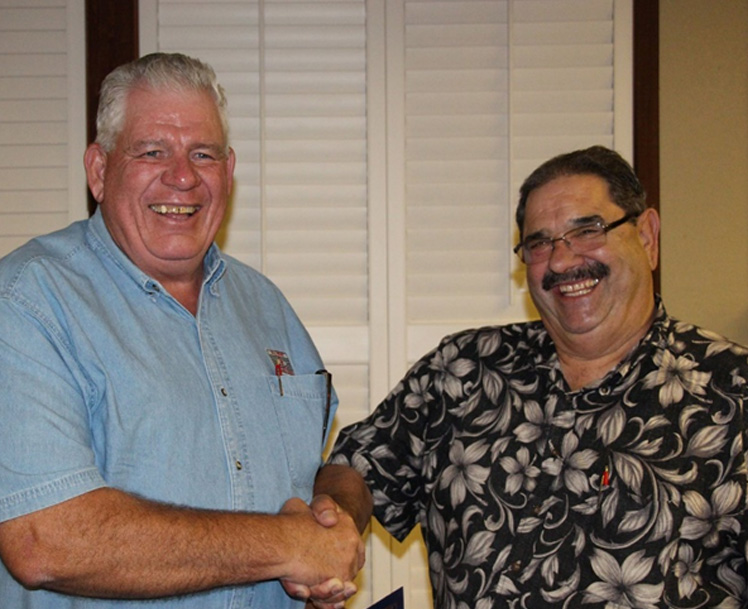 Greg being recognized for his hard work by fellow All West retiree, Bill Genasci.

2. What position(s) did you hold?
“I started my career as a relief technician for Illinois Breeding Co-op, but in All West Territory Tom Olson of Superior Sires in California originally hired me to take over for fellow retired salesman Don Davis in his role of evaluating cows. I became an All West/Select Sires Sales Representative in the year 2000.” 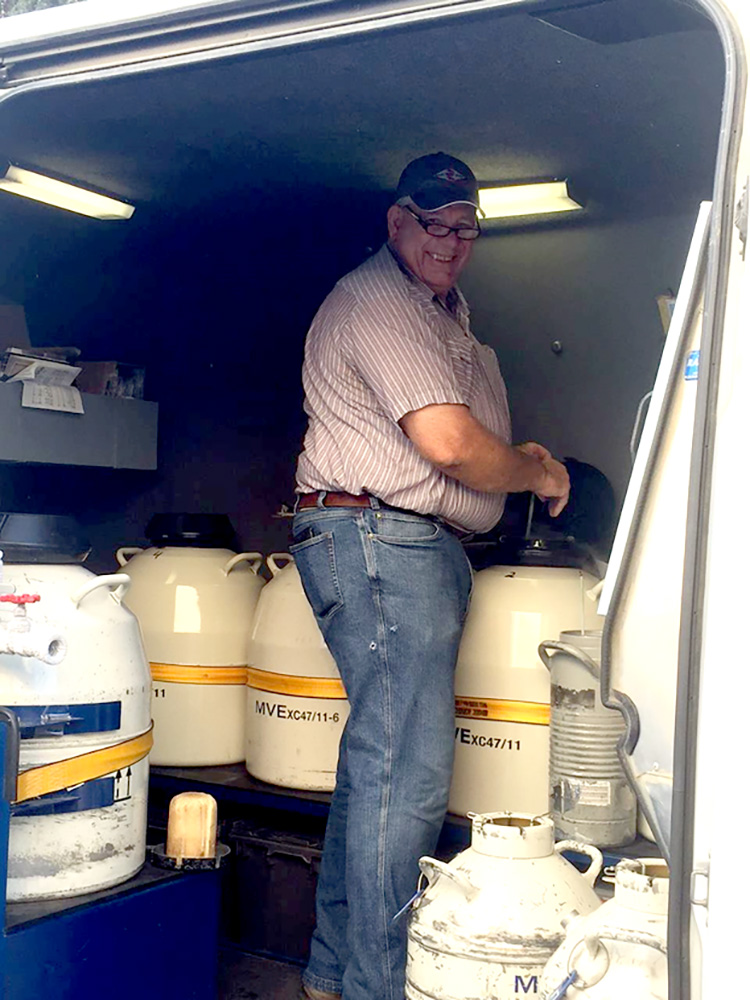 Greg doing what he did best – selling semen!

3. Who is your favorite bull of all time?
“7AN178 BAR Ext. He was a Calving Ease Angus bull who worked in so many places with high conception. My customers loved him!”

4. What was your greatest achievement as part of the All West Family?
“Selling one million units of Select Sires semen was a goal of mine ever since I started as a sales representative. In 2016, I became the 35th salesperson in the United States to achieve that goal.” 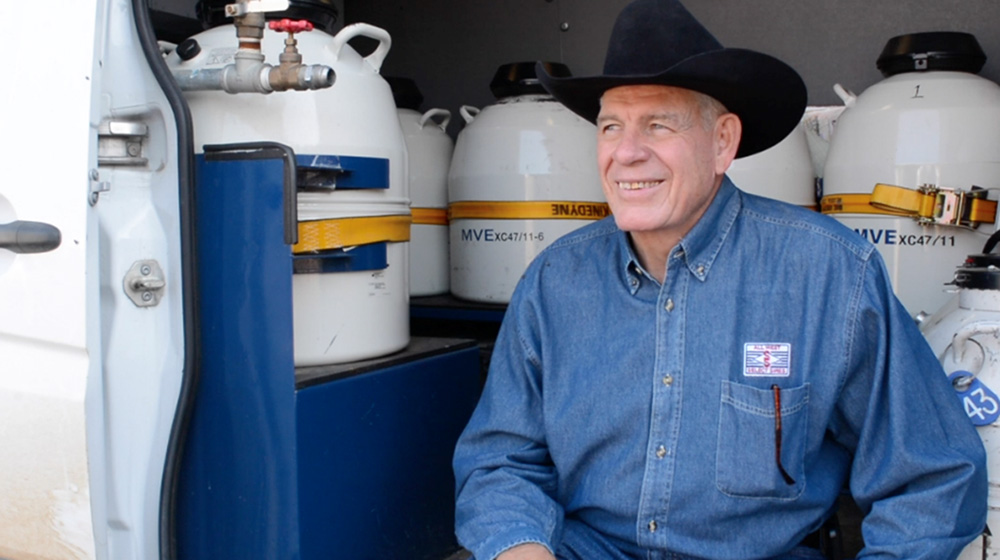 5. What is your favorite All West memory?
“In general, I have lots of great memories. We always had such a great time working for All West. It was a great group of people who were enjoyable to work with and for. The company culture was exceptional. Once you became part of the All West Family, you never wanted to go anywhere else.” 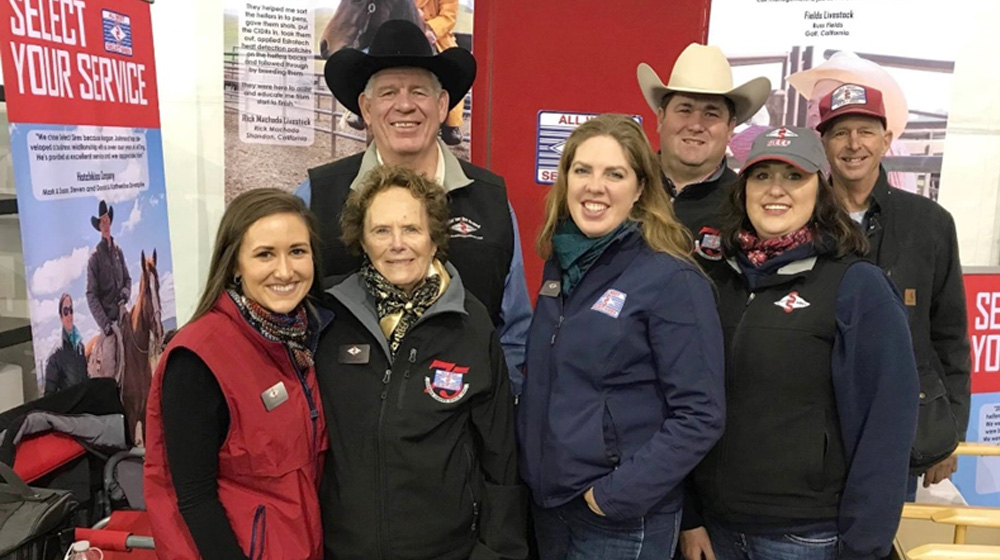 Greg and his All West Beef team members at the Red Bluff Bull & Gelding Sale.

6. What keeps you busy these days?
“Well, my own Angus herd at home on Schafer Ranch was keeping me pretty busy until recently. I had a full ankle replacement right before Thanksgiving, so I have not yet got back on my feet. Other than that, my wife Louise and I enjoy trying to keep up with our grandkids.” 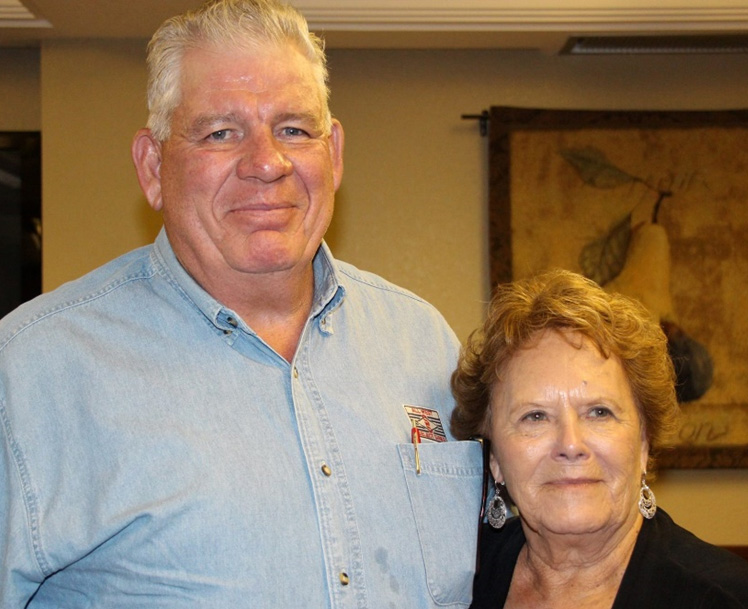 Greg and his wife, Louise. 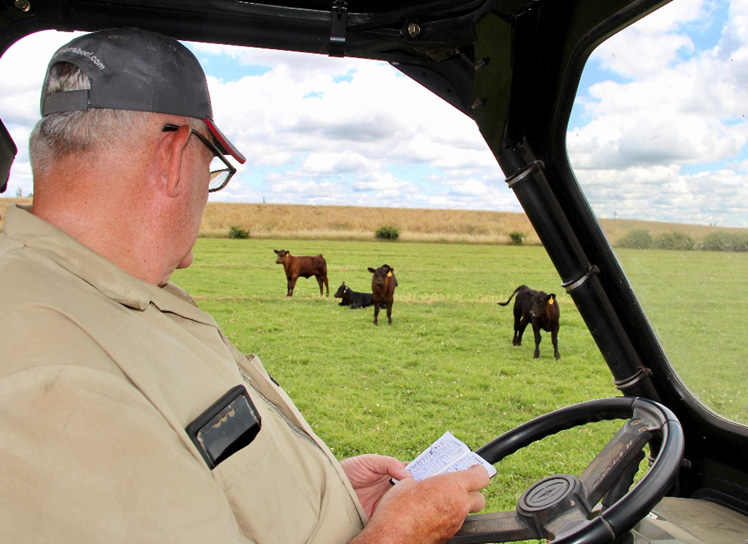 Greg checking on his calf crop at home on Schafer Ranch in Orland, CA.