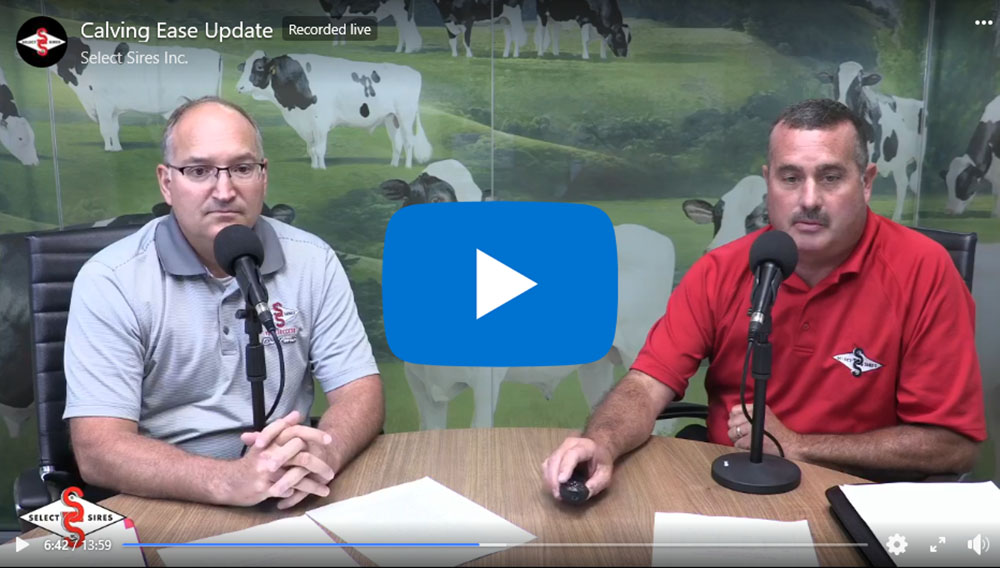 Several changes are coming with the August 2020 Sire Summary. Tune in to the video above to learn about the changes coming to Calving Ease straight from Select Sires Inc.’s Chuck Sattler and Jeff Ziegler.

The phenotypic bases for the calving traits (SCE, DCE, SSB and DSB) will be updated effective with the August 2020 triannual evaluation. A detailed article on expectations and changes to the phenotypic base is available here.

The new phenotypic bases for calving ease and stillbirth are significantly lower than the previous means and standard deviations, which will result in reduced relative weighting in the NM$ index and in adjustments to correlated trait PTAs for animals with other missing PTAs.

The four calving traits are included in NM$ via a calving ability index (CA$). Since economic weights will not be updated at this time, the new CA$ formula for Holstein and Brown Swiss, respectively, will be:

The lower standard deviation of calving ability index (CA$) resulting from the new phenotypic base will cause a slight adjustment of the relative weights. CA$ relative weight in NM$ formula will change from the previous 4.8% to 3.8% in August 2020.

A consequence of reducing the relative weight in CA$ is the slight adjustment to some of the other traits in NM$. These adjustments will cause some re-ranking of bulls and cows. 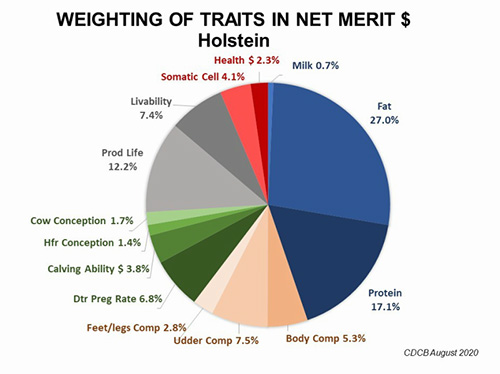 By Gerald Jansen and Paul VanRaden

For all animals, the Predicted Transmitting Abilities (PTAs) released by CDCB are precorrected for inbreeding and heterosis. In August 2018, CDCB introduced the monthly update of heterosis calculations; however, the large resource requirements of the inbreeding procedure prevented the possibility to update inbreeding values outside from triannual evaluations.

Effective August 2020, an improved, highly efficient inbreeding calculation procedure will be implemented on monthly to more rapidly reflect additional ancestors or changes in pedigrees. In the future, the new procedures may also be included in unofficial weekly evaluations. This means that all 84+ million animals will undergo both heterosis and inbreeding updates at every official traditional and genomic evaluation, which allows for a more precise correction of PTAs.