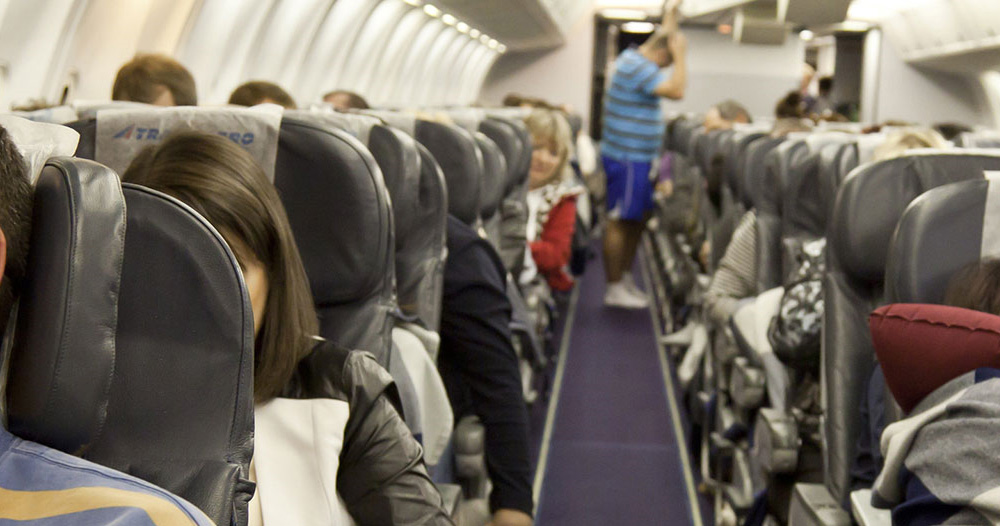 I was flying home from the All West Annual Meeting on Saturday night. It was about 9pm and we were traveling from Los Angeles to Baltimore, as soon as a few people behind me took their seats. You can imagine the scenario. Most people have prepared for an overnight flight. They’ve got their earphones on, their shoes off and are dressed in sweatpants, sweatshirts…basically anything that resembles adult pajamas. Yet, a few rows back, there was a couple who were trying to get their three young children settled. The flight attendants started with the very polite, “If we could all take our seats, we’ll push away from the gate.” Following a few minutes with the couple still standing in the aisle, the flight attendant warning was a little more forceful. “For those still in the aisle, we need to have you seated as soon as possible so we can take off.” Still, the desired reaction was not achieved; the couple continued to shuffle bags, fuss with the overhead bins and dispatch snacks to the kiddos. At this point, the other passengers started getting restless, obviously shaken out of their pre-flight sleep, they removed their headphones, craned their necks around to view the perpetrators and started whispering. It was at this point that the couple, totally unaware until now, looked around and saw everyone staring at them. The husband said something to the wife, which none of us could understand, and they both immediately sat down. The plane pushed back. Passengers fell asleep. And I kept thinking…what could we have avoided if we realized they didn’t understand?

It’s like the two sentences I started this article with. Unless you speak French or Danish, you wouldn’t know that what I said was:
Hello my name is Karen. I want to talk with you about effective communication.
Communication means nothing if the desired audience doesn’t understand.

And just like the couple on the plane, the words that were spoken to them were done so in a way that they didn’t understand, and so they didn’t take any action.

I think we’ve been talking to consumers in a way that they don’t understand, and as a result, I don’t think it’s been as effective as we had hoped. If any of you are on Facebook, you know there’s a lot of groups doing good work by spreading the word of the farmer, and talking about how hard we work and how much we care for our animals.

Those groups also get confronted by animal activists and have to defend themselves to people who don’t really want to understand.

I’d like to challenge all of us to think about this from a bigger point of view. By no means am I saying that what our dairy producers are going through with volatile milk prices and rising input costs isn’t important and challenging. It might be the most difficult times that I’ve seen the industry experience. What I’m saying is, we need to communicate more effectively.

And yet, when you buy a car, or see a car commercial, it’s never about those things. It’s all about what the car CAN DO! It can out-perform the competition, while saving on fuel and feeling luxurious.

We need to start translating our own language these days and talk so that the consumer can understand us and also understand what milk and dairy products CAN DO! Milk can definitely out-perform the competition, while saving on fat and making you feel luxurious. Can we start to talk about those things? Can we start to focus on what we do as dairy producers and how we conserve, how we create, how we feed the world? It may sound like a simple thing, but I can guarantee that in this day and age of heightened consumer awareness, they might understand our message better. Who knows, they may even sit down and let us push back from the gate on time!