By now you’ve read the news releases, seen the social media posts and most likely looked at one of the new sire directories online.  So you know that Select Sires had another fantastic run during December proofs, finishing with 21 of the top 50 TPI sires on Holstein Association USA’s Top 100 TPI Listing, and 45 of the top 100.  But what does it really mean for you?  And what bulls should you be considering to add to your tank if you haven’t done so already?

We are big fans of Sire Analyst Kevin Jorgensen, and in a recent webinar that many All West team members watched, we heard Kevin talk about six bulls that had a fantastic day on December 4th.  We wanted to make sure you kept these on your “watch list” as well!  By no means are these all the bulls we want you to consider, but it’s a good start!

DUKE is a Montross son from a VG-85 DOM Supersire with over 35,000M.  The next dam is a GP-80 DOM Snowman from the well-known All West legend, Roylane Shot Mindy (VG-86 DOM).  DUKE really combines the best of everything – over +2500 for milk, +200 combined fat/protein, plus components and over two points of type.  He’s also +2.3 for SCR and is a RobotPRO and FeedPRO sire, but should be protected on calving ease.  It’s nice to have a bull who has so much going for him, still top the list and rise 37 TPI points since last time, even with daughters added to his proof. 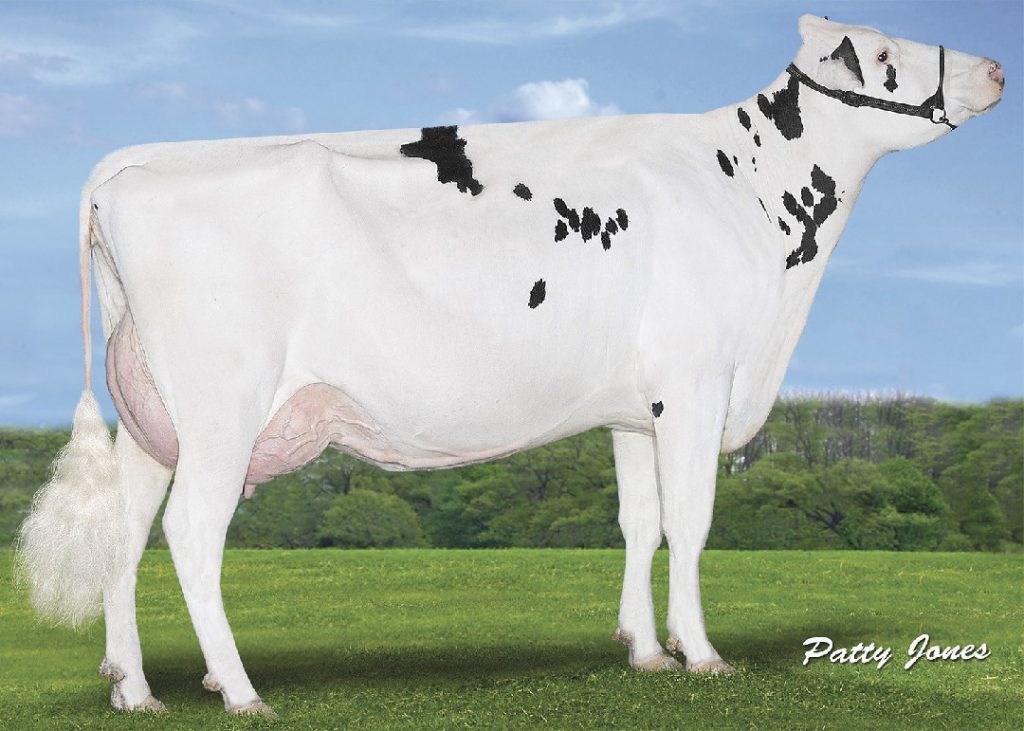 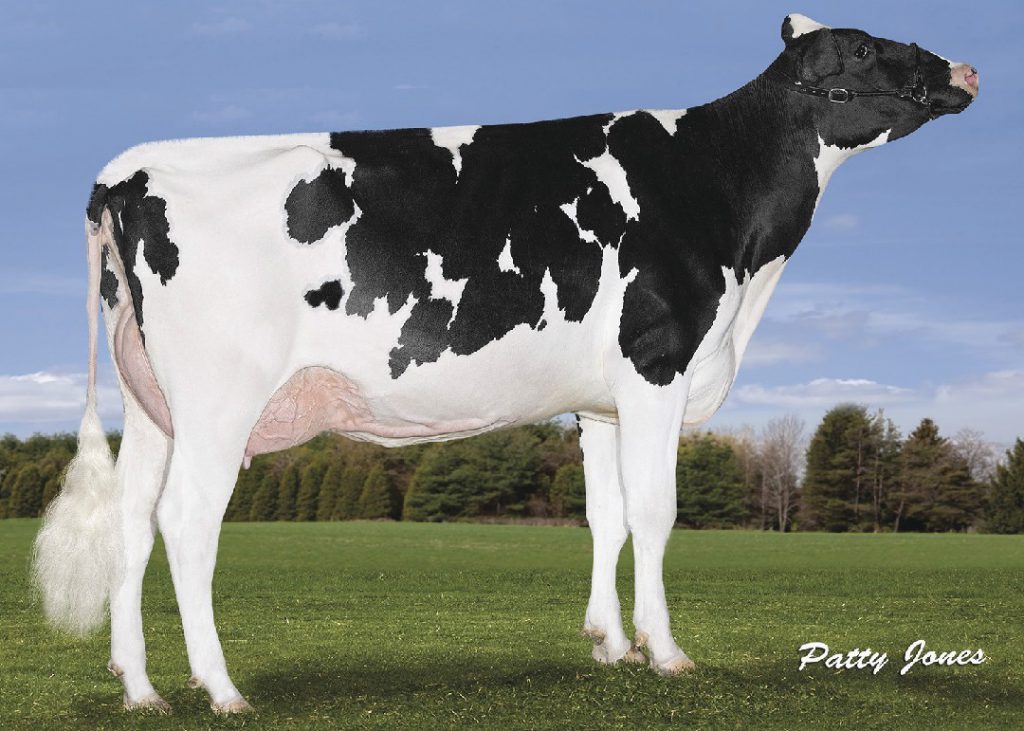 MILLINGTON also increased in TPI points this time, by 94 to be exact!  The Miles son from an EX-90 DOM Shamrock dam with over 39,000M is a plus SCR, plus components and plus DPR sire.  Net Merit continues to be the selection index for today’s progressive dairy operations. For genetic programs looking to reduce mature size, increase reproductive efficiency, improve health and increase the production of protein and fat pounds, MILLINGTON will be one of your top choices at +847NM$, and in fact, he’s among the twelve 7HO daughter-proven sires that transmit +750 NM$ or more. 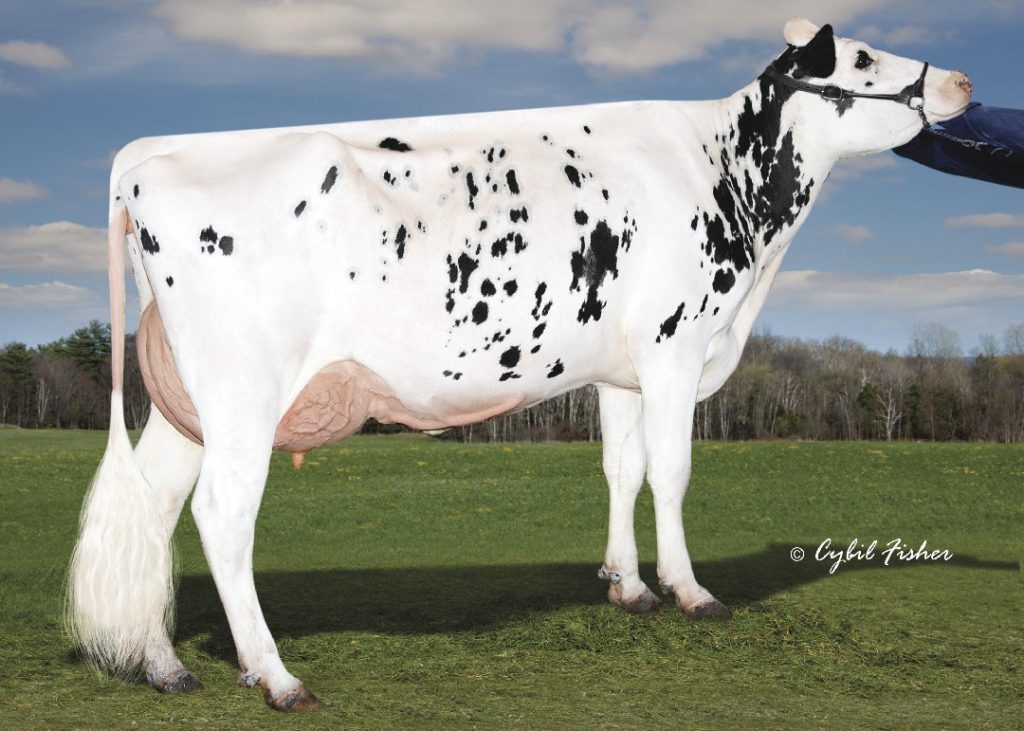 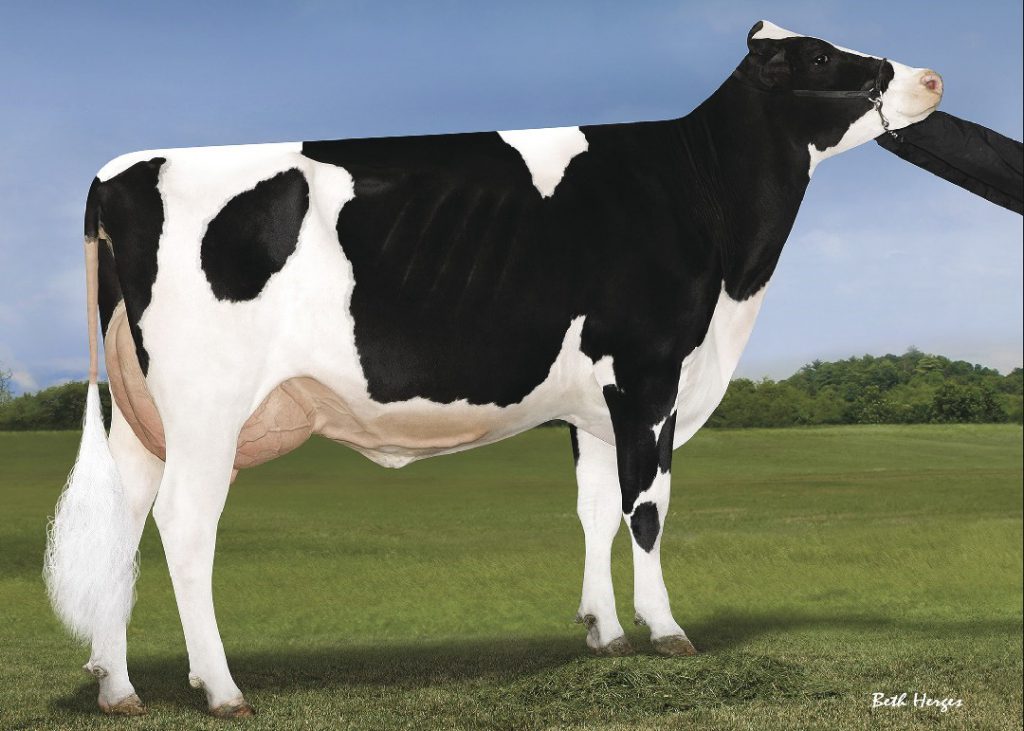 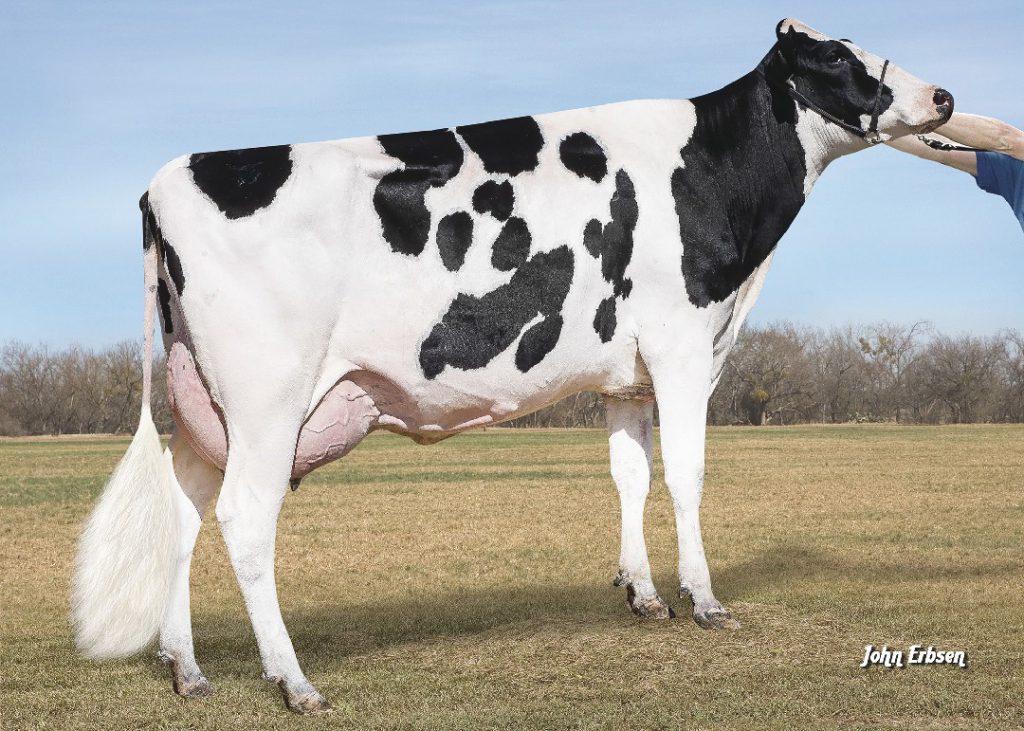 It was a great day for 7HO12111 DRAGONHEART, going up over 75 TPI points since August.  The Epic son from OCD Planet Danica (EX-93 GMD-DOM) traces back to one of the most exciting cow families in the past 10 years, Windsor-Manor Z-Delight (2E-93, GMD-DOM).  DRAGONHEART is a big-time milk bull at +2032, but you do need to protect him on components.  He’s another A2A2, calving ease sire, like PASSAT, who is also plus for DPR and SCR.  He’s a great option for Mogul and Montross females, as well as those big, framey McCutchen daughters. 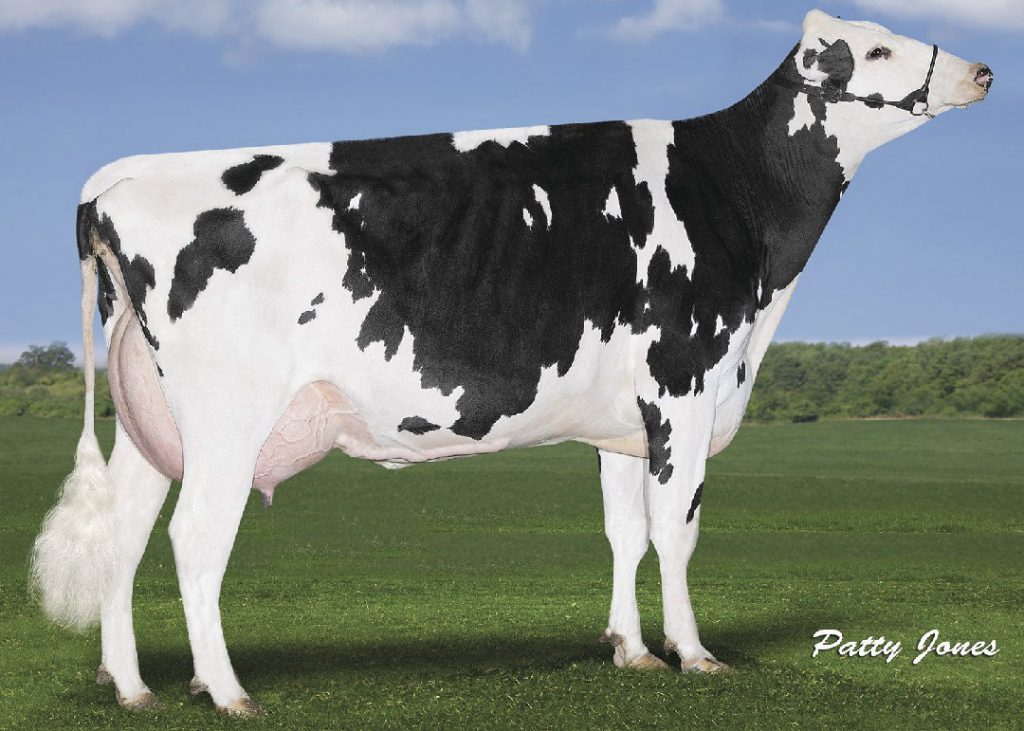 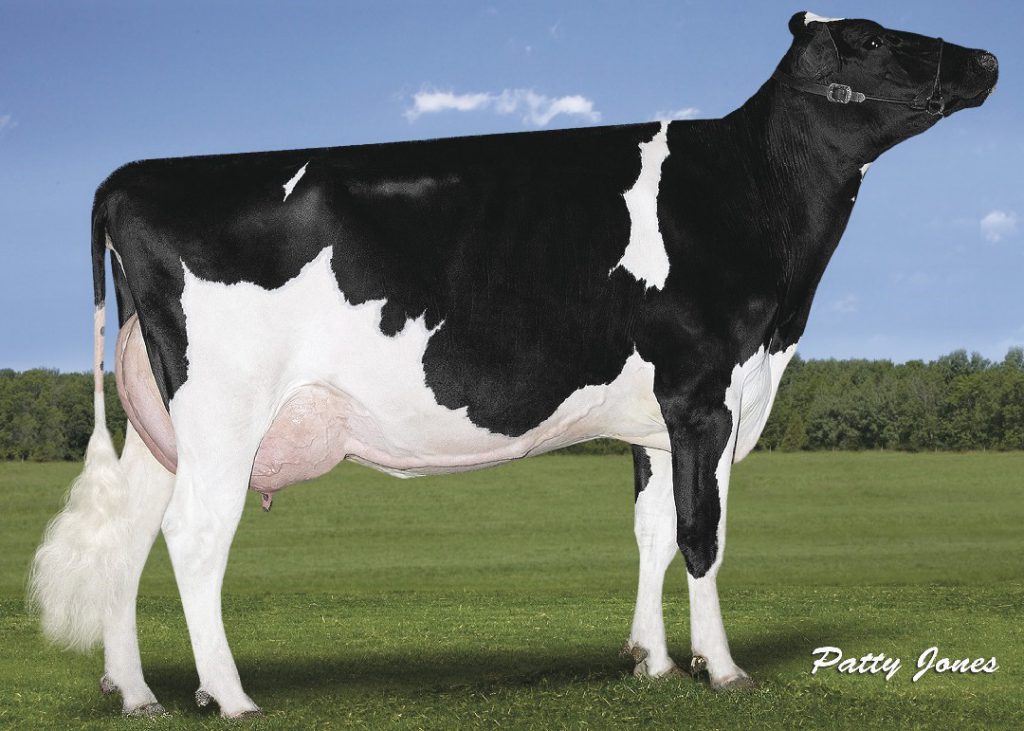 One of the red sires that often gets overlooked is 7HO12436 PAT-RED.  Sired by Sympatico and from a VG-86 DOM Colt-P dam with over 30,000M, PAT-RED increased in TPI points this time by 52 and lands at an astounding +2547GTPI!  Plus on components and just shy of 750NM$, this RobotPRO, WellnessPRO and FeedPRO bull is plus for both SCR and DPR.  He’s also over two points for UDC! 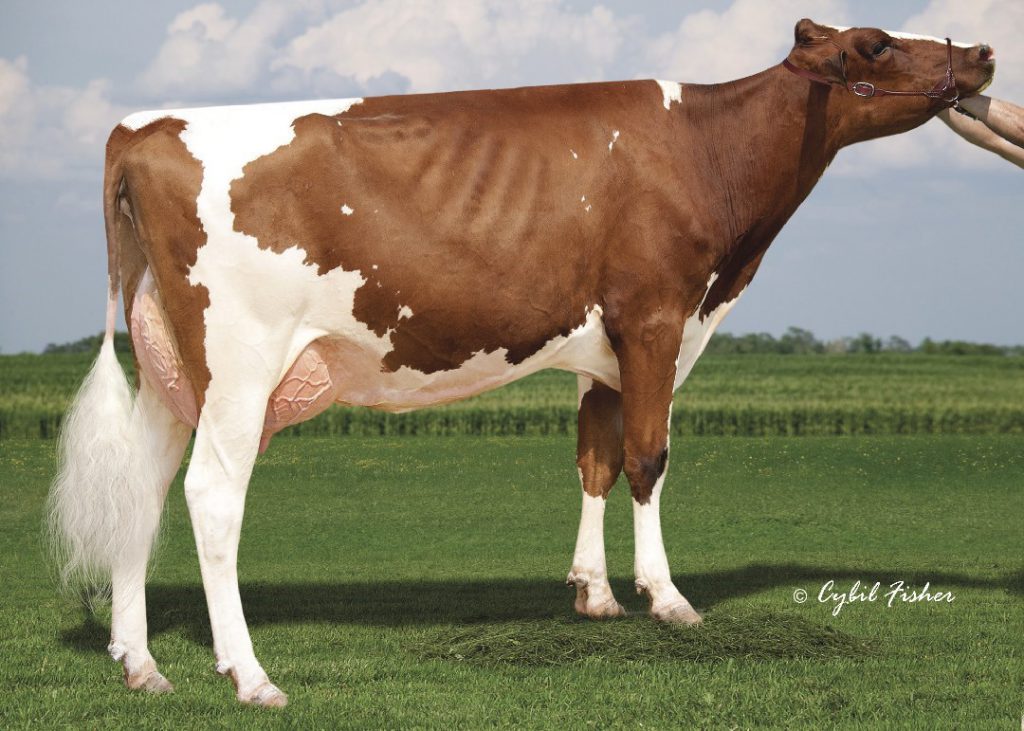 Our final sire on the “watch list” this time is no stranger to the showring!  He’s 7HO12587 DIAMONDBACK, the star of this fall’s tanbark trail.  You know what he does, and he does it as good as anyone!  With over 250 daughters in his type proof, DIAMONDBACK is +3.19T, +3.16UDC and +2.15FLC.  He’s a bull that is extreme “right” in his linear, breaking the charts on rear udder height (+5.12), rear udder width (+4.71) and fore udder attachment (+3.81).  And he does all this while still being plus for SCR and DPR.  He’s a Doorman son from the Apples, so he’ll be a great cross for Bradnick, Dempsey, Kingboy and Rager-Red bloodlines! 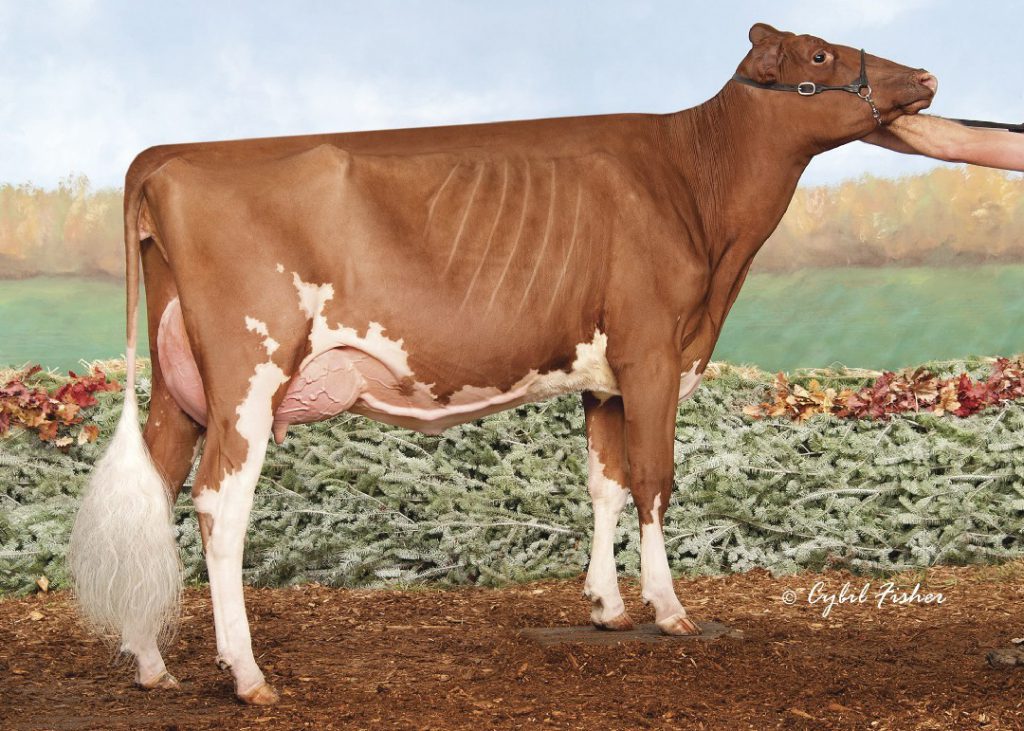 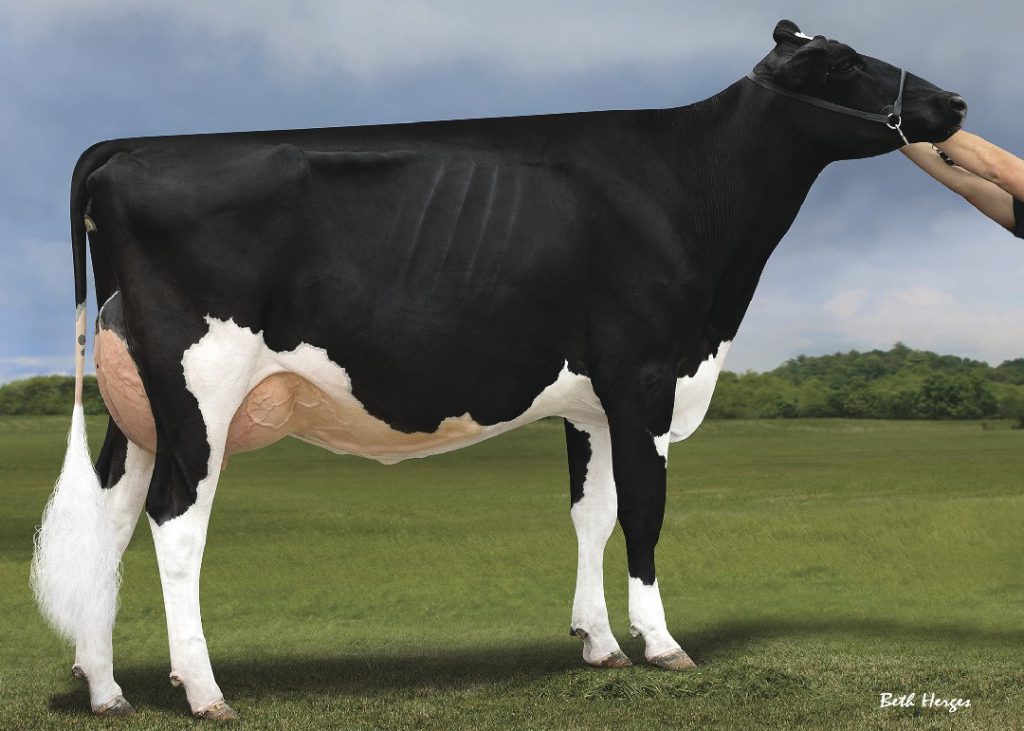 It should be noted that this group contains some fairly popular bulls worldwide, so please be aware that DUKE and PASSAT are both allocated bulls.  Your All West representative will have more information on their availability.

Get ready for our next segment of the “watch list” coming in January, when All West’s Brad Barham will talk about a few of his favorite Jersey bulls that you’ll want to add to your inventory!