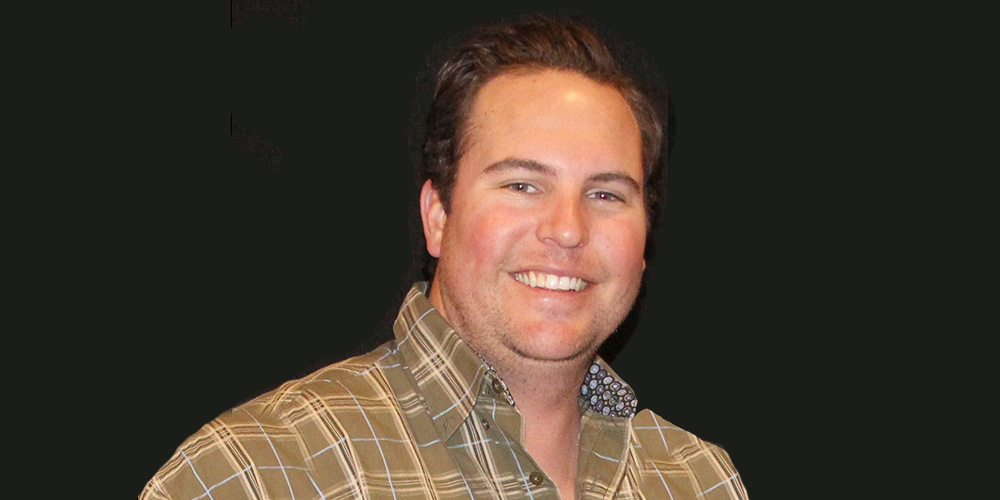 He may only be the second generation of Double Oak Dairy in Tulare, CA, but Brad Vander Poel’s roots are already running deep as a central California dairy producer and All West/Select Sires customer.

Brad’s late father, Pete, bought their original dairy in 2004 while Brad was attending Cal Poly. After a complete remodel of the facility, the herd began milking there in June 2006. After attending Cal Poly for two years, Brad moved home to take classes at a local junior college while helping his father run the dairy. Being a dairy producer and a college student was hard work! Brad recalls sleeping through more than one class before his father told him “stop wasting your time and our money, and focus on the dairy.”

Thankfully, Brad took his advice and learned all he could from his father before Pete discovered he had cancer and lost his battle in 2009, leaving Brad and his mother, Vivien, to fully operate the dairy. Today, Brad milks 1,200 Jerseys and says his biggest goal is to maintain a profitable herd and stay in business, like many producers in today’s tough climate. This struggle is something Brad knows a thing or two about having taken over his father’s dairy during some of the worst economic times in the industry’s history.

“I learned so much about how my father managed things on the dairy and how he conducted business,” Brad said. “I also learned early in the process that most of our profit would come from managing our employees and our feed inputs well.” Brad was clearly well-trained in that short time, picking up right where his father left off and even hosting the Western Regional Dairy Challenge at Double Oak Dairy in 2012 and again in 2018.

Brad recalls his father using Select Sires genetics for as long as he can remember. “I continue to purchase from All West because I want outstanding animals! I am definitely not a professional, so I rely on my Select Mating Service evaluator and salesman Greg Silva to provide me with the sires I desire for my herd. Together, we focus on traits such as components, milk, Daughter Pregnancy Rate, and Net Merit. While these traits are important, I try not to stress about them too much. As a dairyman in today’s industry, I just want a strong, profitable, all around good cow,” said Brad.

Brad recently became more involved in his All West/Select Sires cooperative by becoming the District 25 Delegate, thanks to a recommendation to participate from fellow board member, J.J. Nunes. “I think it will be a great learning experience and I hope to contribute as much as I can.” Brad is looking forward to learning more about the cooperative and making new contacts within the industry.

Brad married his beautiful bride, Lisa, three years ago and the couple now spends most of their time enjoying life with their two-year-old daughter, Vivi Jo. When Brad does get to sneak away from the dairy, he likes to work on his golf game, which he admits is not often enough to improve his skills on the green!

The All West/Select Sires Family is excited to welcome and get to know Brad and his family as our newly elected District 25 Delegate!