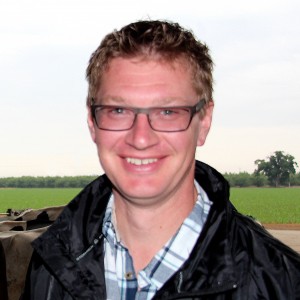 All West/Select Sires is pleased to announce that Dennis Reimer of Coaldale, Alberta, has joined the sales team. Dennis, former owner & operator of Reimer Holsteins, has also had tremendous experience working as a herdsman for Marylander Holsteins and Shelaurvon Holsteins, both in Alberta. He has bred over 40 VG 2-year-olds in his career, as well as several homebred EX cows. His extensive hands-on work, combined with sales experience for another A.I. company, give him an upper hand in personal knowledge and training in the dairy industry.

“Growing up, I always had a tremendous amount of respect for Select Sires, not only because of the high number of successful, influential bulls they developed, but also for the long-standing careers and passion of their employees. It’s been a progressive and high impact company since I was a kid, so there was no question I wanted to be part of this success. The other exciting part of my new job is that instead of calling sire analysts for their impressions of bulls and daughters, I now have the ability to see daughters myself and pass along that knowledge to my customers.”

Dennis will be responsible for direct sales in Alberta south of Calgary, and will also be an official evaluator with the SMS program in Alberta and British Columbia.