As part of our 75th anniversary celebration year, we started using the phrase “Connectto7” on our Facebook and Instagram posts, and even on our website.  “Connectto7” means – connect to All West, get to know the people, use us as a resource, rely on us for information.  We live “connectto7” every day in the communications department of All West (a department of two!).  We’re always trying to find ways to connect to you through stories, Facebook posts, Instagram, printed newsletters…even our in-house chatroom.  The more you stay connected, the more you feel like a part of the family.
Two weeks ago, we finally managed to finish out the “holiday party season” with two Christmas dinners in California.  Because our All West territory is so spread out (from Montana to San Diego), it’s impossible to have one, company-wide dinner every year.  Thankfully, we’ve scheduled regional dinners that have gotten fairly popular.  Only we didn’t get them scheduled early enough in California and they were moved to plain, dreary, January.

Which was exactly what we needed.  And I bet you’re wondering how this is all tying in with “connectto7”?

Our Christmas dinners were held in Modesto and Selma, and we had over 50 people at each dinner.  Everyone seemed relaxed, happy, joking around – pretty much like you’d expect to be after all the holiday chaos is done.  More people were able to attend, in fact, because they didn’t have anything planned for plain, dreary, January.

We used these dinners to kick off the Anniversary Celebration for our California salesteam with CEO Jim Wells talking about our 75 year anniversary and displaying new anniversary caps.  Pictures were taken.  Stories were told.  In both locations, it was almost hard to hear with all the chatting going on.

And on that note, we heartily welcomed six new technicians to the northern California team last week – Alan McFadzean, Frank Vargas, Brenton Farmer, Chris Barker, Alex Trujillo and Joe DaSilva.  Their talents will only strengthen the reach of connectto7 in California and we’re excited to grow the family as a result. 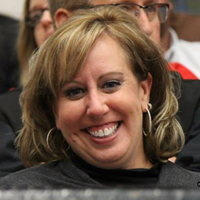