We’ve always thought our All-West Select Sires customers were superstars, but now we have even more proof.  This spring, several members made headlines in the news for their accomplishments in breeding, using new technology and creating new ways to be sustainable.  We’re excited to share their “newsworthy” posts with you.  Congratulations to all!

Yeah…we can do that! 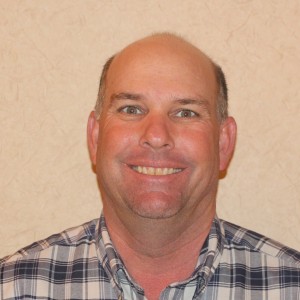 Brad Scott currently serves as Delegate for District 26 on the All-West Select Sires Board.

Brothers Bruce and Brad Scott milk 1100 cows in San Jacinto, California, a town that sits southeast of Los Angeles by 84 miles and northeast of San Diego about 90 miles.  Home to a dozen or so large dairies, it’s an area where farm life is in the spotlight of consumers 24 hours a day, seven days a week.  Like many others faced with working in urbanized areas, the Scotts focus on having a clean, efficient dairy specializing in animal care and waste management.

It was in the area of waste management that the brothers saw a unique opportunity to turn the “messy side” of farming into something useable and efficient.
An online article published by Progressive Dairyman Extra e-newsletter highlights the Scotts’ plan to turn manure into renewable diesel.  Steve McCorkle, CEO of Ag Waste Solutions (AWS) announced the partnership’s achievement on Facebook on April 27, 2015.  The company claims its technology is the “future of sustainable farming.”

Four Honored as Holstein Association USA’s 2015 Herds of Excellence … and two of the four happen to be All-West Select Sires herds! 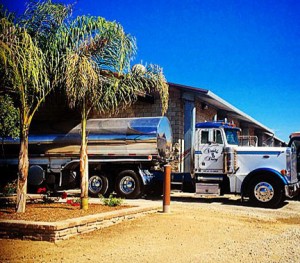 Holstein Association USA will honor four U.S. Registered Holstein breeders as 2015 Herd of Excellence award winners at the National Holstein Convention in late June. The Herd of Excellence designation was introduced in 2008 to honor dairymen who have bred and managed Holstein cattle that consistently perform at the highest levels.

To be named a Herd of Excellence, herds must be 25 percent above breed average Mature Equivalent (ME) for milk, fat, and protein; have classified within the last year and have an actual average classification score of 83 points or higher; have at least 70 percent of the herd homebred; and be enrolled in the Association’s TriStar production records program.

Two of the four herds being honored this year are All-West members, and we couldn’t be more thrilled for their honor! 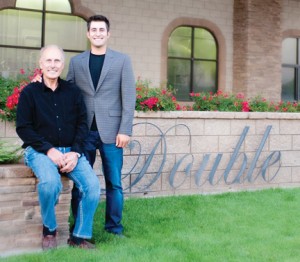 ● Harold and Dominic Agresti, Double D Dairy, Ceres, California Double D Dairy milks 4,000 cows in two locations, along with 5,500 head of youngstock, 700 acres of almonds and crop ground for corn & almonds.  Part of their milking herd (approximately 350 head) are Registered, and include their high genomic and high type animals.  Some of their current herd sires include SUPERSIRE, MCCUTCHEN and KINGBOY. 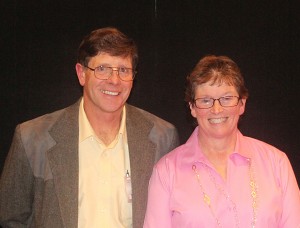 ● Randy and Jana Kortus, Mainstream Holsteins, Lynden, Washington. Randy, Jana and their son Mike Kortus have assembled a rock-solid group of Holsteins, Jerseys and Ayrshires on their intensified pasture farm in Lynden.  They have long emphasized type and production in the breeding program, which has resulted in 16 cows (to date) making over 300,000 pounds of lifetime milk.  Current sires include YODER, KINGBOY, KIAN, HALOGEN, MONTROSS and PETY.

All-West salesman Ken Haak was happy for the Kortus family receiving this award.  “I started working with Randy & Jana 34 years ago, right about this time of year actually, because they were both recent graduates of WSU.  They started with all Holsteins because their oldest son Matt was really excited about black and white cows.  But then along came daughter Melissa who wanted Jerseys, and so they were added to the herd.  The next child, Mark, just had to have Ayrshires, so they were added too!  Youngest son Mike does well with all of them.  It’s neat to see that they have made any breed work, and work really well, because they have a great feeding program and they pay attention to using the best genetics.  They’ve managed to keep their farm on the smaller side because they’ve also worked extremely hard at merchandising animals from these exceptional cow families.  It’s been a pleasure being a long-time friend of this family.  I couldn’t be happier for them to receive the award from Holstein USA.”

Joining the Agresti and Kortus families in this elite group are:

If you’re not attending the National Holstein Convention in Illinois, you can “meet” these outstanding breeders in the Spring 2015 issue of the Holstein Pulse. Select pages of the Pulse are available online at www.holsteinusa.com. Look under Latest News, then click on The Holstein Pulse 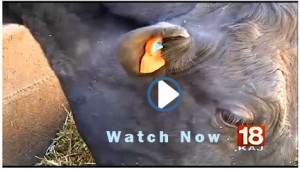 With over 200 CowManager systems up and running in the Select Sires Federation, many herds that are considering a purchase of the herd monitoring system now have adequate access to fellow producers that installed and are using the complete set-up.  With one simple ear tag, CowManager has the ability to measure heat activity, health and rumination 24 hours a day/7 days a week.  So far, customer response has been positive, but don’t take our word for it.  You can watch two different news reports on the system for yourself!

All-West salesman Marlin Beck from Missoula, MT, helped install a CowManager system at the Hedstrom Dairy, home of Kalispell Kreamery. A local Montana television station picked up the story and talked with Mary Tuck about their use of this new technology.  You can see the full report> 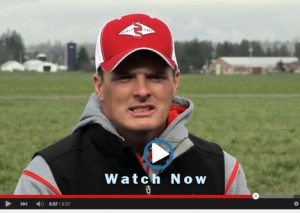 American Farmer also made CowManager into a news story and will be debuting this on their show in late June.  Another All-West herd, Edaleen Dairy of Lynden, WA, is featured in the video, along with one of the All-West SRS team members, Brett Mackay.  Check out this great video>